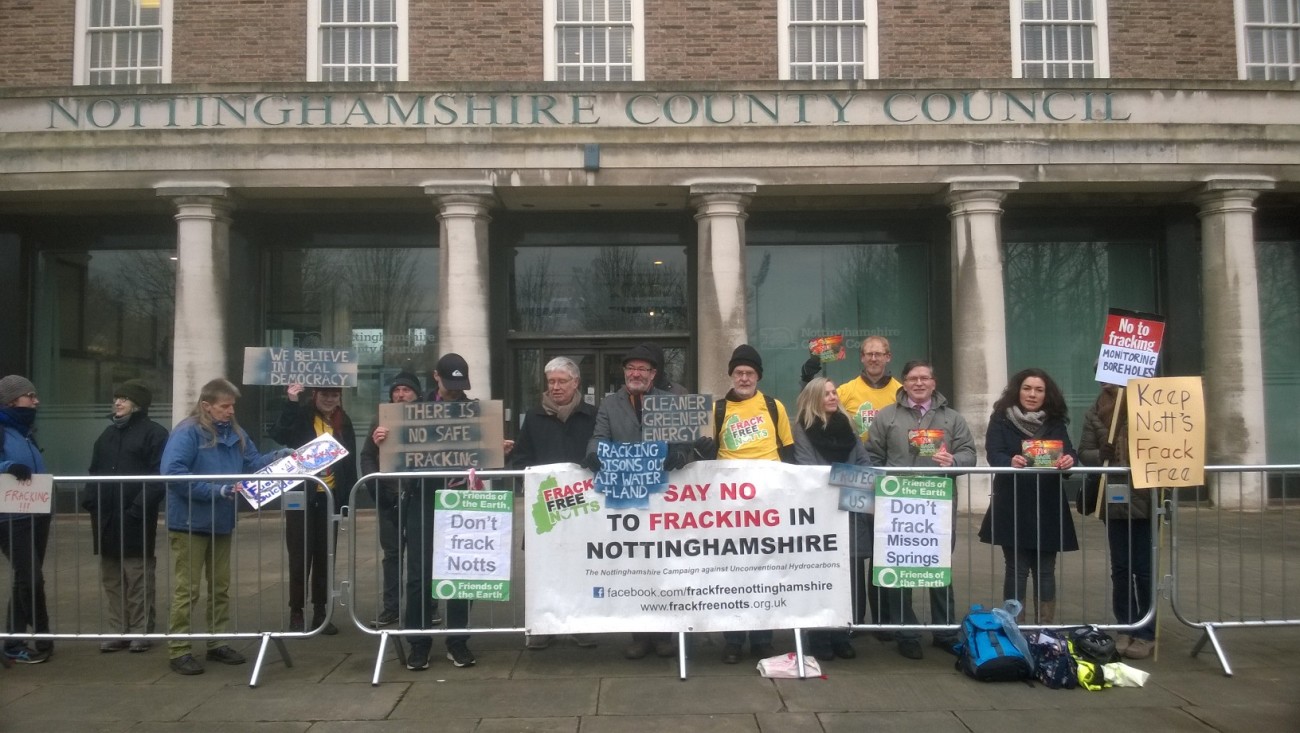 In the past few minutes, Nottinghamshire County Council has approved plans by IGas to drill up to 12 groundwater monitoring boreholes at a Cold War missile test site near Misson.

The scheme is part of the company’s plans to drill and possibly frack for shale gas at the site off  Springs Road.

The council’s planning committee voted by nine to two to follow the advice of officials and approved the scheme at a meeting this morning. They added two additional conditions on lightng and noise

Opponents of the scheme, who gathered outside County Hall, had argued that permission should be refused. They said IGas had not given sufficient care and attention to the monitoring scheme. They had concerns about its impact on local wildlife in nearby Sites of Special Scientific Interest, as well as risks of pollution, noise and increased traffic.