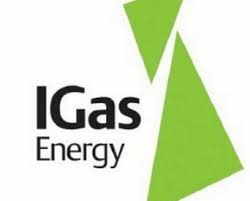 In a statement to shareholders before this morning’s AGM, the company said it hoped to spud (begin drilling) two shale gas wells in Nottinghamshire in the first half of 2017. It also said it would apply for permission to flow test wells in north west England. A spokesperson confirmed the applications would include fracking.

The company has applied to Nottinghamshire County Council for permission to drill two exploratory shale gas wells at Springs Road, Misson, in PEDL140, and another at a site called Tinker Lane (PEDL200).

Both sites are in Bassetlaw in north Nottinghamshire and neither application includes fracking. The Misson application is expected to be decided in July but there is no definite date for Tinker Lane. (Click for links and more details)

“In parallel to the 3D seismic interpretation, we are progressing further applications that will seek consents to flow test shale wells.”

The company’s report for the nine months to 31 December 2015 said:

We are in the process of identifying a number of sites for further appraisal drilling and hydraulic fracturing of the wells to determine flow rates and assess commerciality. The results from the 3-D survey will determine our future exploration and appraisal work programme in the area.

A spokesperson for the company confirmed the statement referred to the same sites.

It also said it had completed the preliminary interpretation of the 3D seismic surveys and ecological surveys were now underway.

The statement did not give details of which wells IGas planned to flow test or how many. DrillOrDrop asked IGas for more details. A spokesperson for the company said:

“The siting of the flow test applications will be dependent on the full results of the 3D interpretation later in the year.”

The company drilled the Barton Moss (Irlam) exploration well in Salford (PEDL 193) in 2013/14, taking samples of rock from coal measures and the Bowland shales.

In the 14th licensing round, announced last year, IGas was offered another two exploration licences in north west England, both principally for shale.

The IGas statement said the company had submitted applications to the South Downs National Park Authority for two new wells at its Singleton oil site in West Sussex. These would target new locations, the company said.

IGas also reported that it had received planning permission for its Bletchingley oil and gas site in Surrey (see DrillOrDrop post).

The statement said capital expenditure for 2016 was forecast to be $10m. Operating costs for 2016 were predicted to be $30/barrel of oil equivalent.

Production from existing wells had remained stable, the statement said, between 2,500-2,700 barrels of oil equivalent per day.

The IGas share price rose 25% on Tuesday morning following the approval of Third Energy’s plans to frack at Kirby Misperton. Shares closed today at 19p. This time a year ago, they were valued at 35p.

Link to IGas report for nine months to December 2015

Updated 4/6/2016 to confirm flow testing would be accompanied by fracking and to include statement from IGas report for nine months to December 2015.