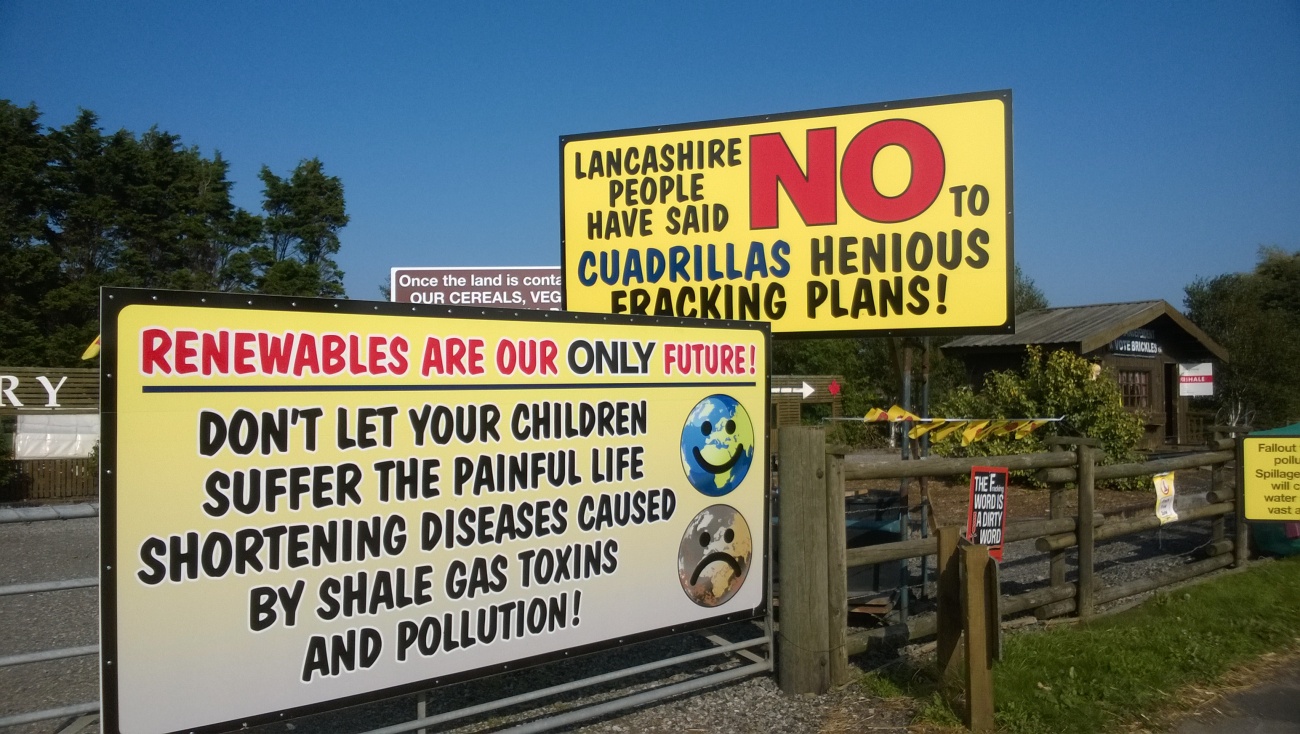 A group campaigning against fracking at a site near Blackpool has called on the Prime Minister to honour her pledge to fight burning injustice and stand up for all, not just the privileged few.

Theresa May made the promise in her first statement as Prime Minister in Downing Street in July this year.

But the Preston New Road Action Group said “for Lancashire this is now proven to be empty rhetoric”.

The group was responding to the decision, announced a week ago by the Local Government Secretary, Sajid Javid, to give the go-ahead for fracking at a site at Preston New Road, Little Plumpton. He overturned the refusal of planning permission by Lancashire County Council in June last year.

“This ‘burning injustice’ has in fact been perpetrated by her own government ministers on our community to benefit the privileged few.

“Preston New Road Action Group and Lancashire asks Theresa May to stand by her words.”

“No mandate to frack”

PNRAG said the UK government did not have a mandate from the public to frack. The statement said:

“The UK government cannot purport to represent the country’s views on fracking when every opinion poll shows most people don’t want it. Where is the mandate from the people to frack?

“A government’s sacred duty is to be accountable, represent and uphold the rights of all people, not just the privileged few. Nor should the corporate industries hell-bent on profit at any cost, be more important than local people.”

The group said Mr Javid has revoked their right to shape their community.

“That is not democracy in action. Britain has in the past, been held up as a democracy to be proud of. Now, many people will shake their heads at what we have become.”

The group also called on its MP, Mark Menzies, to stand by his support for local decision-making.

“He said he would protect localism and that the Lancashire planning decision must be upheld.

“What is he going to do to protect local residents’ interests? His position and office require him to take action now.”

After the announcement, Mr Menzies said he was disappointed with the decision and he said he would continue to press the government to ensure there was adequate resources for monitoring.

In parliament today, he asked the Environment Secretary, Andrea Leadsom:

“I am very happy to reassure my hon. Friend that we have a robust regulatory framework in place to ensure that shale exploration is carried out in a safe, sustainable and environmentally sound manner. The Environment Agency can undertake announced and unannounced inspections, and if there is any breach of a permit condition or a serious risk to people or the environment, it can take a number of enforcement actions, including the immediate ceasing of operations.”