Broadford Bridge, 25 May 2017. Photo: Used with the author’s permission

In the past few minutes, UK Oil and Gas has confirmed it has installed a drill rig at its oil exploration site at Broadford Bridge in West Sussex.

UKOG said all regulatory permissions were now in place and drilling was expected to begin shortly. West Sussex County Council confirmed that UKOG had given the authority notice that it intends to drill at the site.

Drone footage (see above) taken this afternoon shows the rig in place at the site at Wood Barn Farm, near Billingshurst. 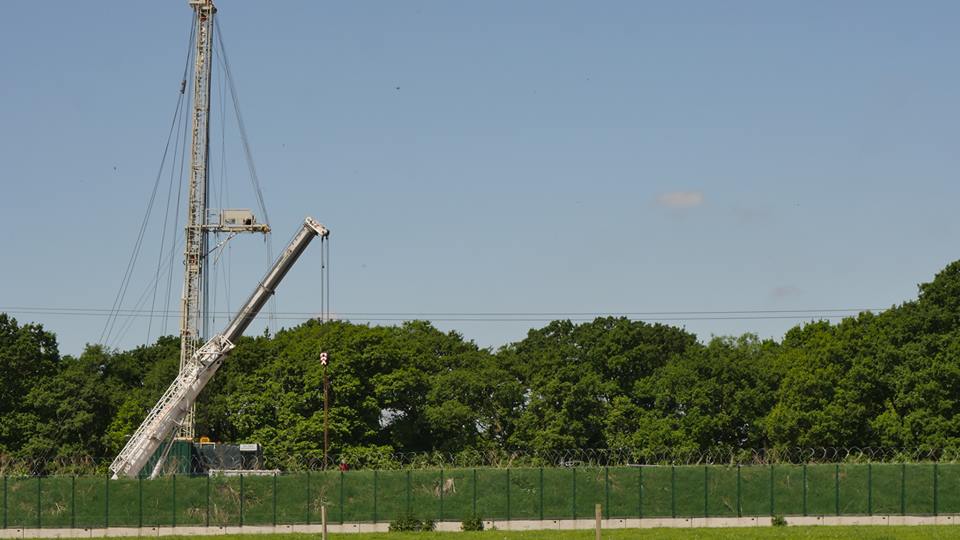 UKOG has said the well, to be called BB-1, will explore for oil in Kimmeridge limestones. In a statement to investors, UKOG’s  executive, chairman, Stephen Sanderson, said:

“The well will acquire the most comprehensive data set gathered to date over the Kimmeridge Limestone sequence, to include extensive conventional coring and electric logging aimed at characterising natural fracturing and other key reservoir parameters. Once drilled, cored and logged, the well will be completed as a potential oil-producer and flow tested.”

Last week, UKOG confirmed that it had raised £6.5m through a share placing to carrying out drilling and extended well testing at Broadford Bridge and work at other sites in the Weald in southern England.

Planning permission for Broadford Bridge was granted in 2013 to the previous operator of the site, Celtique Energie. It said it was interested in exploring for gas in the Sherwood sandstone. Campaign groups have argued that the change to oil in a different formation requires a new planning application but they have failed to persuade West Sussex County Council.