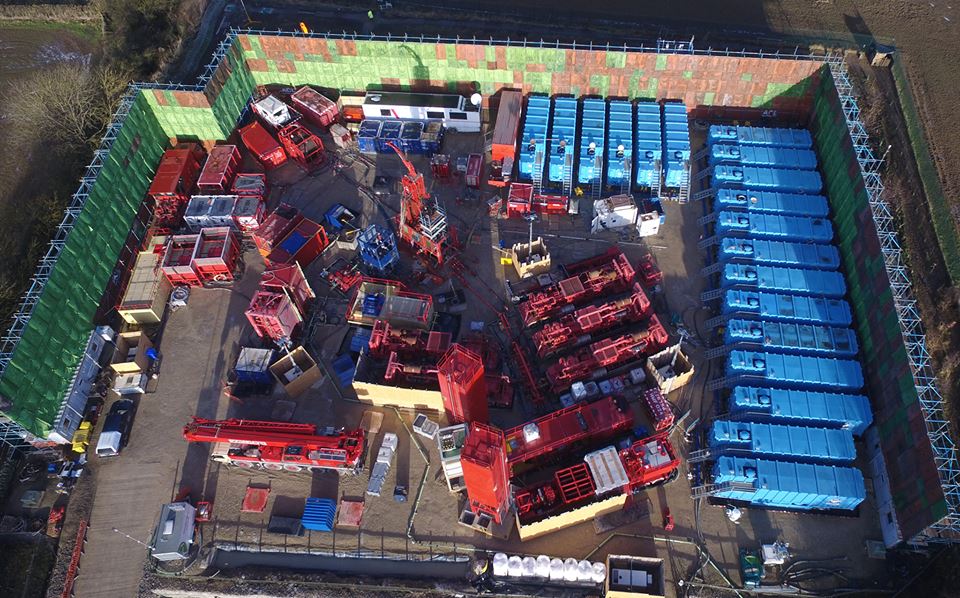 The Communities and Local Government Select Committee is seeking submissions on whether fracking should be treated as national infrastructure under the 2008 Planning Act.

This is one of the key questions to be addressed by an inquiry launched by the committee earlier this week.

The inquiry will also look at whether the planning guidance to local authorities needs to be updated, improved or brought together in one document.

This would allow shale gas companies to apply directly to the Planning Inspectorate, bypassing the local mineral planning authority. Applications would be examined by an inspector and the decision issued by the Secretary of State for Housing, Communities and Local Government.

The proposal was not included in the Queen’s Speech but in December the Leader of the House of Commons, Andrea Leadsom, told MPs:

“Major shale gas planning decisions will be the responsibility of the national planning regime.” (DrillOrDrop report)

At the time, a spokesperson for the then Communities and Local Government Department told DrillOrDrop:

“The government is considering how it will bring major shale planning decisions under the national planning regime and will announce our preferred way forward in due course.”

“The debate over fracking has aroused strong views on both sides but with large reserves of shale gas prevalent across northern England, applications for its extraction are only likely to grow over the next few years.

“It’s important all parties, from applicants to local authorities, are clear about the planning process so we will be looking at whether the guidance is adequate or whether the Government could do more to bring all the relevant directions together.

“The guidance needs to be as clear and straightforward as possible so those involved in the decision-making process can judge whether any bids for fracking are in the interests of the local community and the country as a whole.”

Local authorities currently consider planning advice from a range of sources when making their decisions. These include the National Planning Policy Framework, Planning Practice Guidance on mineral extraction, national energy and climate change policies, the Town and Country Planning Act, local plans and rulings made in court cases and public inquiries.

The committee is inviting written submissions on four key issues:

The deadline for written submissions is 14 March 2018.

The Communities and Local Government Committee has a Labour chair. The remaining members are divided equally between Labour and Conservatives.

“I do understand that a large-scale roll out of shale gas would put undue pressure on local authority planning resources, so can appreciate why this might need to be designated Nationally Significant Infrastructure Project, as happened previously with large scale onshore wind farms.”

He has also supported the development of national planning guidelines. He has proposed a maximum density of 10 well pads per 100 sq km outside protected areas, minimum separation distances of one mile between a pad and a settlement, school or health facility and a requirement for pads to have direct access or be within half a mile of an A road or good B-road.

“The mere suggestion that the pursuit of environmentally-destructive fracking should be an excuse for Government Ministers to ride roughshod over local residents and their representatives is frighteningly anti-democratic. It’s shameful enough that the Tories, in a bid to fast-track, fracking have already done this in places such as Lancashire. The Government is making a total sham of any pretence of localism.”

“In the face of overwhelming local and national opposition across England, the Government is looking for permission to avoid scrutiny over its plans to industrialise our precious countryside – a move all the evidence says is a blatant act of climate sabotage.”

Link to inquiry on planning guidance