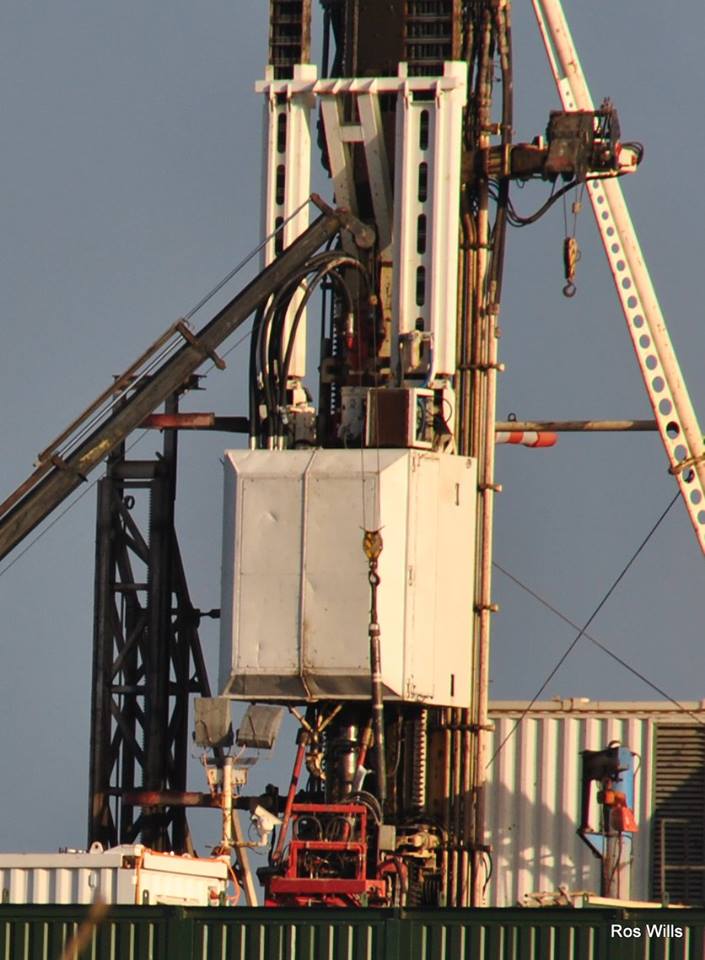 The figures, released to Unearthed, the investigative journalism unit in Greenpeace UK, appear far less ambitious than much-quoted estimates by the Institute of Directors and EY. They predicted 4,000 wells by 2032, with a peak drilling rate of 400 new wells per year.

The Department for Business, Energy and Industrial Strategy (BEIS), responding to a freedom of information request, told Unearthed:

The Implementation Unit report on shale gas has not been published or quoted by ministers.

But the Government has used the 2012 Institute of Directors (IoD) and 2014 EY estimates in its support for shale gas. These reports calculated that the shale gas industry would create at peak 64,500 jobs and generate £3.3bn of spending.

In July 2016, Andrea Leadsom, then Environment Secretary, quoted the EY report as saying there would be “significant benefits for jobs and growth from a successful UK shale industry”.

In January 2017, INEOS used the IOD/EY figures on jobs in its eight-page pull-out Fracking what everyone should know inserted into 10 local newspaper titles in the East Midlands.

“These estimates from the heart of government are a far cry from the US-style fracking boom forecast by shale advocates.

“Yet instead of publishing the figures, ministers decided to bury them in a Cabinet Office drawer. This is despite the fact that this analysis seriously undermines the promises of fracking jobs and investment repeated by government and industry for years.”

How realistic are the report’s figures?

The BEIS estimates appear cautious when you look at drilling commitments and comments made by operators granted oil and gas licences in 2016 under the 14th licensing round.

Operators took up about 100 licences, or PEDLs, of which at least 55 were for shale gas exploration.

All the shale gas PEDLs included a commitment to drill at least one well by 2021. This would suggest there should be at least 55 shale gas sites from 14th round shale gas licences alone for the operators to meet their commitments and keep their licences.

This figure assumes one site per PEDL. But INEOS Shale, the biggest holder of shale gas licences, has said it is looking to establish 10 sites per 10km2 licence area.

According to the 14th round licence commitments, operators have agreed to drill a minimum of at least 75 shale gas wells by 2021. The BEIS figures suggested there would be about three wells per site. But INEOS and have Cuadrilla have talked about 10-12 horizontal wells per site.

The industry representative organisation, UK Onshore Oil and Gas, has maintained its scenario of 400 sites and 4,000 wells by 2038. The organisation’s Chief Executive, Ken Cronin, said today he was confident that if forthcoming flow testing were positive UKOOG’s scenarios were achievable:

“UKOOG’s publicly available analysis shows that 400 sites built in the next 20 years would reduce our gas import dependency by half.  Each site, based on a typical US model, would have 10 wells.  This is consistent with the recent EY report, which was carried out on behalf of the industry and investigated scenarios where imports would be halved by shale gas, in order that the industry could start to forecast what supply chain and skills would be required to ensure maximum value was created in the UK.

“We have now started the exploration phase which has included significant 3D seismic surveying across Lancashire, the East Midlands, Yorkshire and the North West and 5 wells across 4 sites have been drilled or are under construction.  There are a further 2 wells with planning permission and planning applications are in for a further 10 wells across 6 sites. This exploration and appraisal phase will determine where the gas is, the qualities of the shale, and what a production pad scenario will look like.”
[See bullet point at the bottom of this post].

Dan Lewis, senior adviser at the Institute of Directors, which produced the analysis behind the 4,000 well figure, told Unearthed:

“The 2013 projection that, at peak, the UK’s drilling schedule could see 400 new laterals installed hasn’t come to pass, for a variety of reasons.

“One major factor behind this is that further research into the UK’s geology has been held back by planning. Another is the fall in gas prices that have made exploration harder to justify.

“Of course, it is disappointing that the shale gas sector in the UK has not yet delivered the jobs, taxes and lower energy prices for all as in America. We are nonetheless encouraged by the findings last month at Preston New Road and more exploration is coming.”

“It’s no surprise to learn that the Government is continually revising its estimates concerning shale gas, given that it does so for other energy sources too. As Cuadrilla has already pumped £7m into the Lancashire economy and created over 50 jobs from its work on just the first two wells, we are well-placed to benefit from the investment in jobs and people this industry will deliver, however many wells are eventually drilled.”

So far, there are three active shale gas sites in the UK.

At Preston New Road, near Blackpool, Cuadrilla is currently preparing to drill two horizontal wells. IGas is doing site construction work at Springs Road, Misson, and Tinker Lane, both in north Nottinghamshire. IGas expects to drill first at Springs Road in the middle of this year. 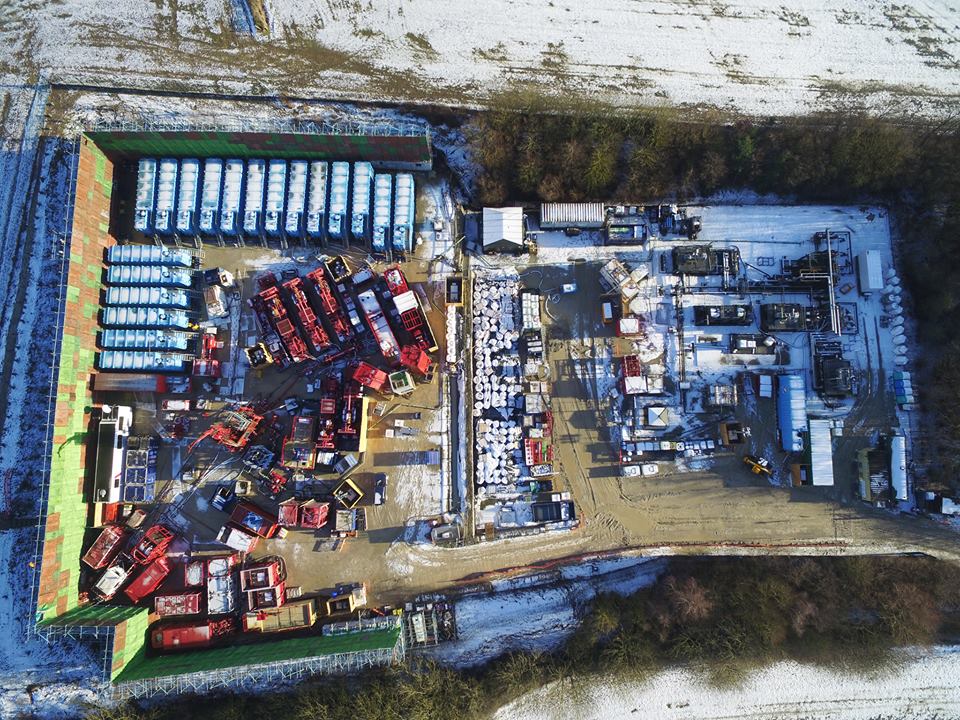 Third Energy, which hopes to frack a sandstone formation, is waiting for hydraulic fracturing consent from the Government for its site at Kirby Misperton in North Yorkshire.

Other proposals for unconventional exploration are currently going through the planning system in the East Midlands, Cheshire and Lancashire. But progress has been slow and three sites, at Roseacre Wood (Lancashire), Harthill (Rotherham) and Bramleymoor Lane (Derbyshire), are scheduled for public inquiries, with decisions not expected until later in the year.