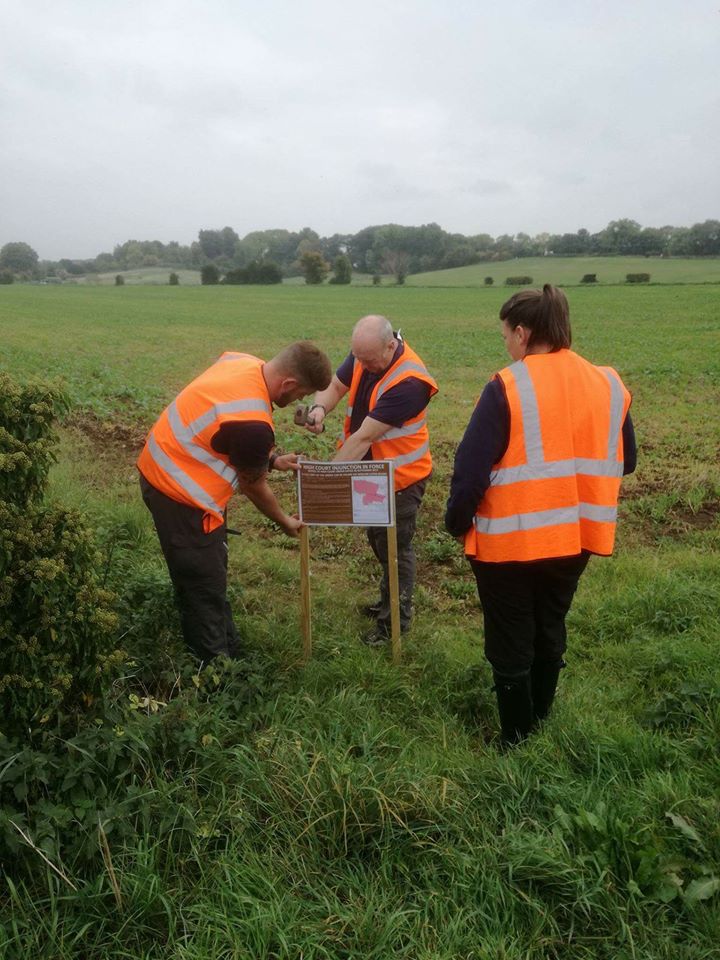 This is the third application by INEOS Upstream to come before councillors this year. Plans for Harthill, another village in Rotherham, were opposed on 25 January 2018. 11 days later, Derbyshire County Council opposed a similar scheme in the village of Marsh Lane. Both these applications are to be decided by a planning inspector following public inquiries.

At Woodsetts, INEOS has applied for a five-year permission to drill and test a 2,800m vertical coring well in the green belt. The site is 25m from an area of ancient woodland and about 500m from homes.

Rotherham planners have recommended refusal of the Woodsetts application because they say INEOS failed to carry out sufficient surveys of badgers, bats and breeding birds.

A local opposition, group, Woodsetts Against Fracking, has submitted a 76-page objection. Representatives are expected to speak at tomorrow’s meeting on the group’s concerns about pollution, traffic, ecology, the risk of contamination and the ability of fracking companies to pay for any clean-up.

A survey carried out in the village in August 2017, after INEOS announced its plans, found that 90% were against fracking and one per cent was in favour.

The Parish Council strongly objected to the scheme, describing it as “disproportionate, intrusive and in the wrong place”.

The application does not include fracking. But Woodsetts Against Fracking (WAF) said:

“It has the ultimate intent of fracking and is the first step in a much wider plan to produce plastics and not to provide energy.”

The group pointed to INEOS’s website which says the company’s move into UK fracking is to supply its petrochemicals business.

A spokesperson for WAF said:

“This isn’t about providing energy for our homes as Theresa May keeps saying. Her own government report says we do not need fracking to secure UK energy supplies, and INEOS themselves admit that this is about making plastics in a way that’s more profitable for them.

“If this goes ahead it will be a travesty, industrialising this quiet, rural community for the profits of a greedy petrochemical giant”.

“These plans are for an industrial site to be in place for up to 5 years, producing 24×7 noise and light pollution, and a 600% increase in very large HGV traffic on rural roads.

“INEOS’s plan, to drill through the local drinking water supplies and coal mine workings, has never been done before.

“Concerns are being raised in government about the financial longevity of fracking firms and their ability to fund resolving any environmental disasters they cause.”

In a statement to DrillOrDrop, INEOS said:

“INEOS Shale is disappointed by the news that Rotherham Metropolitan Borough Council officers have recommended the application for test core drilling at Woodsetts be rejected.  INEOS feels that the plans presented do offer the right amount of ecological mitigation as part of what is straightforward application.

“The application allows for the drilling of a single vertical core bore well to gain scientific knowledge of what is below the surface, which has been agreed by many Councils many times in the past to support its coal industry across the region. This is no different.

“It is important to note that a completely separate application must be made for the extraction of gas. Shale gas is a resource that is of strategic importance to the UK and issues of energy security always have to be factored in.

“The key message here is that if shale gas proves to be successful in the UK it will become a vital piece of the nation’s infrastructure, and will provide the UK with its own source of gas making it less dependent on foreign supplies. It will also generate enormous levels of investment and jobs in the North of England where they are desperately needed, and will also help the UK to meet its climate change commitments.

“Rotherham relies on manufacturing jobs, but these are not secured or created without investment and there is precious little investment in the North of England in manufacturing at the moment.  Recent figures on jobs and investment estimate that the shale industry is expected to bring in £33 billion of investment into England alone over the next two decades.

“The resources beneath our feet can be used to create jobs, heat our homes, go a long way towards self-sufficiency and improve our balance of payments and the environment all at the same time.”