People outside the site reported a large bang and said the hose, which was carrying water for drilling, was thrown into the air.

They said windows on the control cabin were smashed and workers were sprayed with mud. 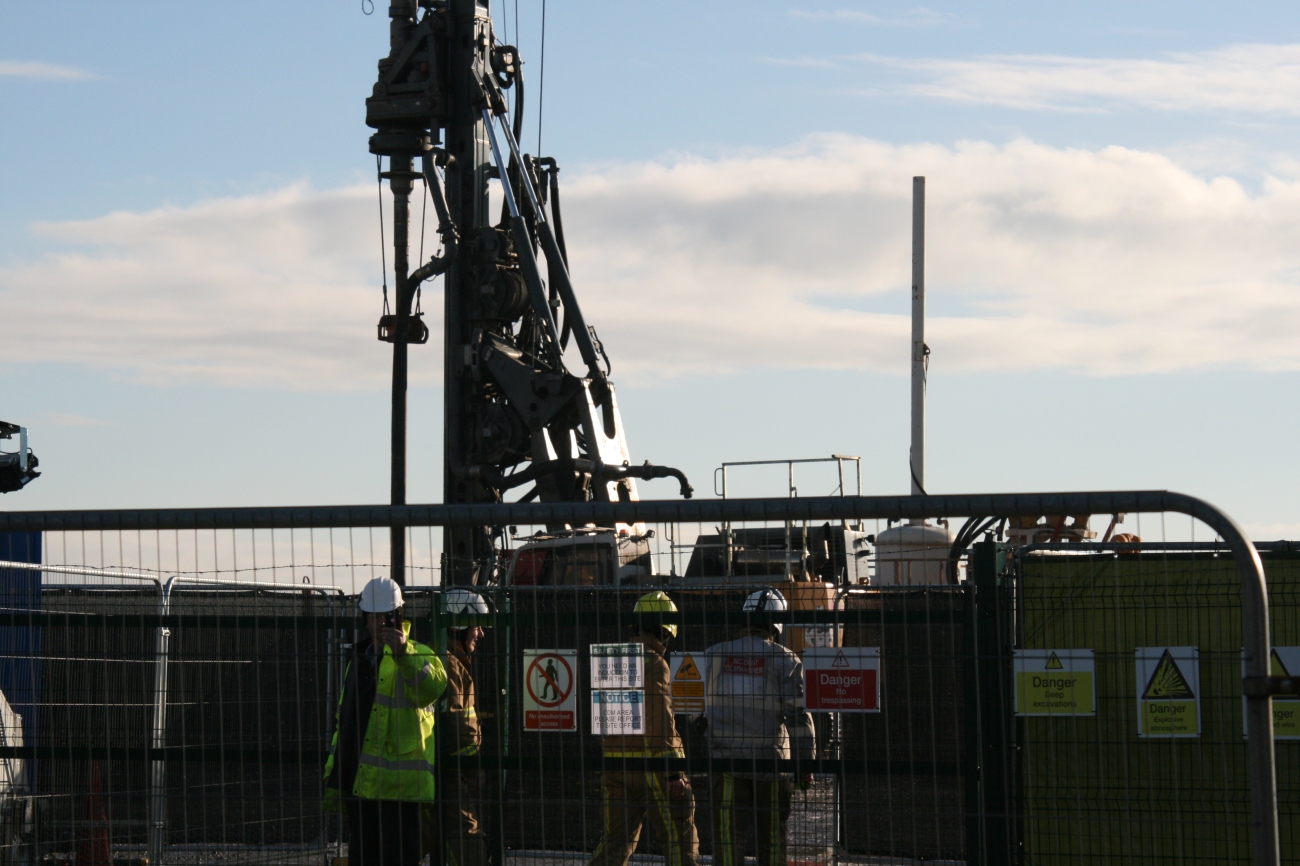 The incident happened at about 12.55pm. A spokesperson for Rathlin Energy says:

“There was a minor mechanical incident today at the company’s West Newton A well site. A hose containing water for drilling detached and struck the rig’s drill cabin.

“The current operation, which involves a small conductor setting rig, is not dissimilar to a farmer drilling a water borehole. The subsurface operation was not affected.

“The emergency services were not required to deal with this matter and Humberside Fire and Rescue has since confirmed this to be the case.

“The relevant regulatory authorities have been notified in accordance with Rathlin Energy (UK) Limited’s Safety Management System and the team is looking into what happened.”

A spokesperson for Humberside Fire and Rescue Service told DrillOrDrop:

“If you are not sure what has happened, always give us a call by dialling 999.  We would rather you do that than have something catastrophic happen.”

The Environment Agency was on site later this afternoon.

Opponents of Rathlin Energy’s operation have been monitoring activity at the site. East Riding of Yorkshire Council is seeking to evict a verge-side camp. (DrillOrDrop report)