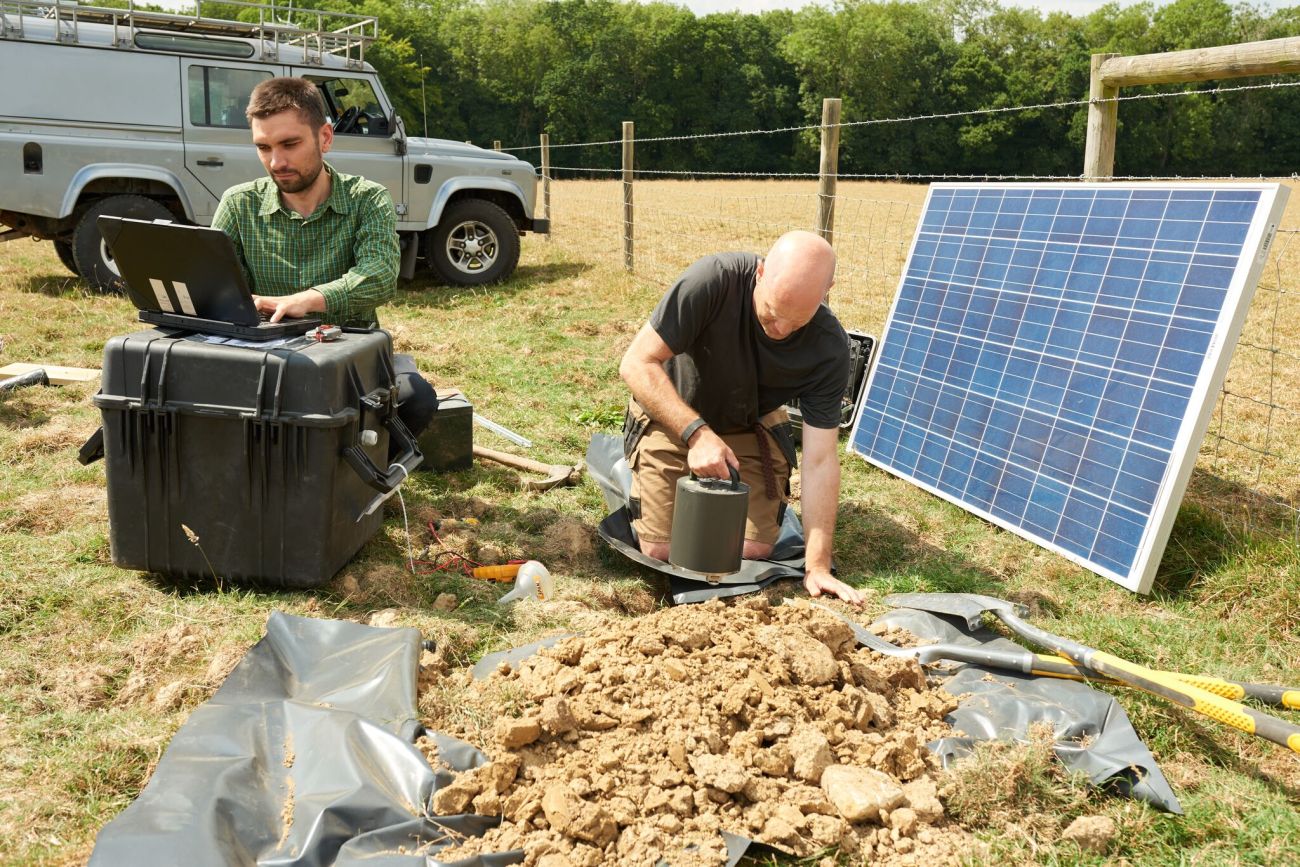 Monitors being installed in Surrey to record data on earth tremors. Photo: BGS

Small earth tremors have continued to be recorded around the Surrey village of Newdigate during the summer.

The tremors were too small to be felt and ranged in magnitude from -0.9 to 0.1ML. They dated back to 6 July 2019, when there were nine events in a single day. There were another two tremors on 9 June and four more in May.

In the past 50 days, the newly-added Newdigate tremors account for nearly a quarter of the seismic events in the UK recorded by the BGS as not induced by human activity. 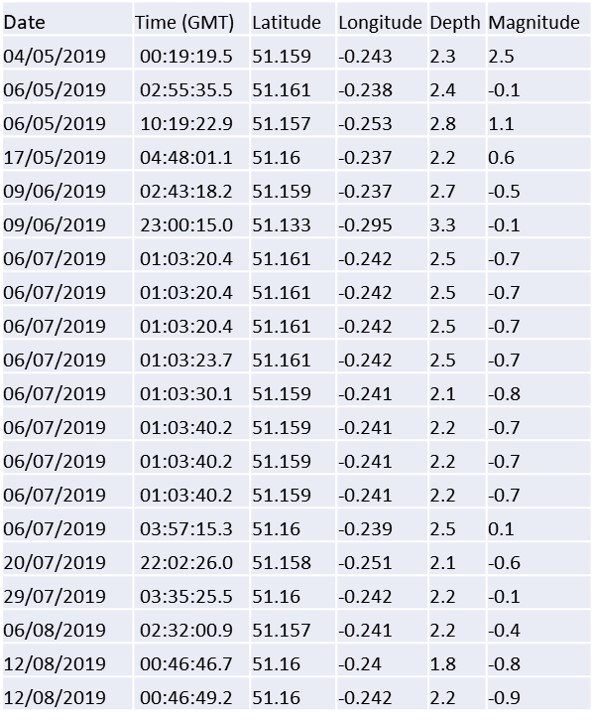 Tremors centred on Newdigate since 4 May 2019. Data: British Geological Survey

This part of Surrey has recently experienced much larger tremors, which were felt by local people and reportedly caused damage to property.

During the series of seismic events, which has become known as the “Surrey Swarm”, 31 events exceeded 0.5ML, nine measured 2.0ML or above and two were 3.0ML or above. 11 events were felt, based on reports recorded by the BGS.

People have described the seismic events as:

“I woke to feel the bed shaking”

“The bed shook and the furniture and windows rattled”

There has been an ongoing disagreement about the cause of the tremors. Some academics have hypothesised a link to the local oil and gas industry. The nine recent tremors on 6 July 2019 coincided with a switch of testing at the Horse Hill exploration site from the Portland to the Kimmeridge formations.

But operators at Horse Hill and the Brockham site in Surrey have repeatedly said their work was not responsible for the tremors. And other academics have said there is no proven human cause.

DrillOrDrop reported in June on a new study which found no clear links between the Surrey tremors and local oil activity. That was published yesterday in Seismological Research Letters.

“The quakes seem to have occurred naturally, and our findings suggest their closeness to oil extraction sites is probably a coincidence.”

“It would be unprecedented for this type and scale of oil extraction to affect sites more than a kilometre away.

“If oil extraction caused the earthquakes, then it did so by a mechanism that hasn’t yet been reported anywhere else in the world.”

Before the Surrey Swarm, there had been no recent history of earth tremors in this part of the county.

But Dr Hicks said this was not the first time that earthquakes have “come seemingly from nowhere and without human input”. He said there have been similar seismic swarms before in the UK caused by long-term tectonic stresses and without any clear link to human activities.

Researchers are continuing to monitor the Surrey tremors, using a network of additional seismometer stations installed in July and August 2018. Dr Hicks said he had been continuing to analyse data from the network to see if the tremors were changing over time.

He said the BGS had recently synchronised its database with his catalogue of tremors. He said the most recent events were in the same place as those recorded in 2018 and were likely to be aftershocks from the larger tremors.