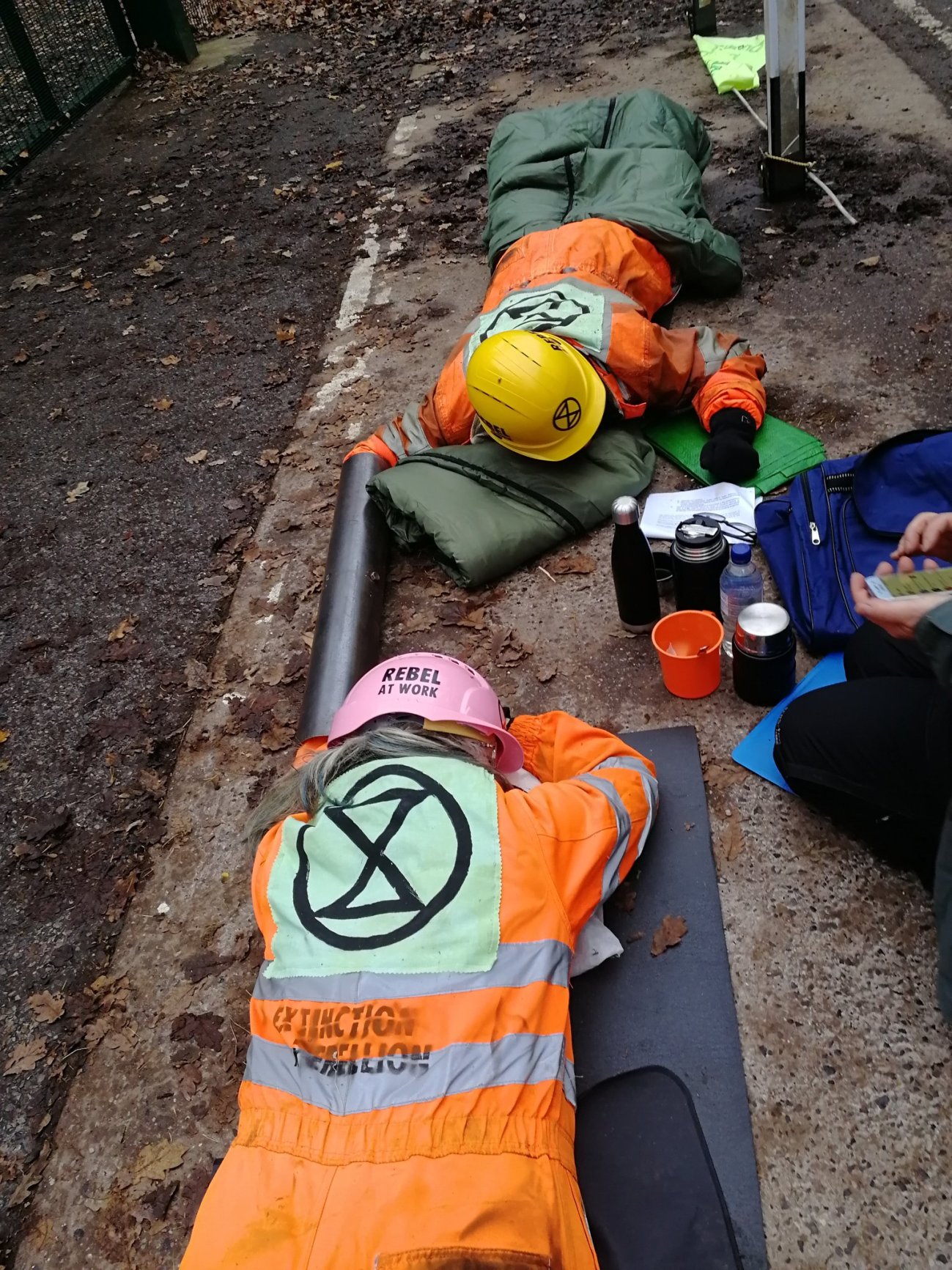 Gillian Fletcher, 57, of Wokingham, and Steve Lowes, 48, of Staines, were arrested by Surrey Police after locking themselves together outside the Horse Hill site on 10 December 2019.

They were both charged with obstructing the highway and are due to appear at South West Surrey Magistrates Court in Guildford on 31 December.

In a statement, UK Oil & Gas said the pair were “in clear breach” of an interim injunction, issued to the company in 2018 against protests at its sites.

“UKOG is considering whether to take formal committal action against these two individuals.”

The company also confirmed that it would drop a section of the injunction for what is known as “unlawful means conspiracy” when the order comes before a High Court judge in about a year.

A trial in December 2020 or January 2021 will decide whether the interim UKOG injunction should be made final. This will be the first of the injunctions against protests at UK onshore oil and gas sites to go to trial.

UKOG’s announcement on unlawful means conspiracy would bring the injunction partly into line with a ruling at the Court of Appeal.

In April 2019, three appeal court judges quashed a section on unlawful means conspiracy from a similar injunction granted to Ineos. They also dismissed a section outlawing protests on the public highway.

UKOG indicated that it wanted to continue to outlaw protests on the highway. Its statement said it would seek to include in the final injunction slow walking, standing in front of vehicles, climbing onto vehicles and actions that blocked the public highway.

It also said it would seek to include trespass to land and obstructing the entrance to sites.