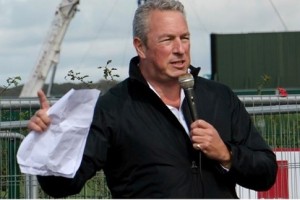 Two councillors who were pushed to the ground during policing of protests outside Cuadrilla’s Lancashire fracking site last week have accused police officers of trying to provoke the demonstrators.