The vote is not legally binding but opponents of fracking described it as significant.

Antoine Simon, a campaigner for the Economic Justice Programme, said:

“This is the very first time that the European Parliament has made officially such a strong statement against fracking.”

“It was an opinion report without any legally binding authority and it only targets new projects but it is still a very symbolic victory.” 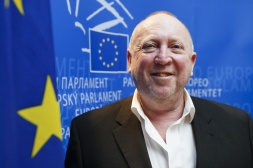 The text was submittedto the plenary assembly of the  European Parliament on Tuesday (2nd February 2016) by Keith Taylor (Green, South East England) and the Danish MEP Margrete Auken. It was part of discussions on a review of the EU biodiversity strategy. It urged member states:

On the basis of the precautionary principle and the principle that preventive action should be taken, and taking into account the risks and the negative climate, environmental and biodiversity impacts involved in hydraulic fracturing for the extraction of unconventional hydrocarbons, and the gaps identified in the EU regulatory regime for shale gas activities – not to authorise any new hydraulic fracturing operations in the EU”

The paragraph was challenged but it was approved, along with the review, by a majority of the assembly. 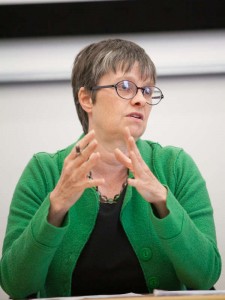 Molly Scott Cato, a Green MEP for South West England, said none of the region’s other representatives voted for the text. In a blog, she wrote:

“This is Europe at its best. A majority of democratically elected members doing the right thing defending our environment and communities from the frackers.”

“What is shocking and shameful is that in our region, only the Greens are willing to stand up to this dinosaur industry. We know fracking is deeply unpopular and faces strong opposition whenever and wherever it raises its ugly head. Communities across the region don’t want the noise, air, light and water pollution that this industry would bring. And for the sake of our climate we must leave fossil fuels in the ground.”

“The South West is not for shale and we will not allow this industry to devastate our beautiful region without a fight”.

DrillOrDrop has a daily digest of news, updated as it happens.Link here