INEOS licence areas. Blue blocks are where the company is the operator. Source map: INEOS Shale

The council had refused to disclose an email between its head of planning, Vicky Perkin, and INEOS Shale and another between Ms Perkin and her chief executive, Richard Flinton.

But the Information Commissioner has ruled that the council must publish the documents in response to a freedom of information request by a local anti-fracking campaigner.

The correspondence, released this week, appears to contradict the council’s earlier explanation about a meeting between the council and INEOS in January 2017. The council has said it was just for INEOS to introduce itself and explain its company purpose. Emails between N Yorks CC and INEOS

“Meetings of this nature are common where any potential proposal would require planning permission from the county council. No decisions are made in this type of introductory meeting.”

But the email from Ms Perkin to Mr Flinton, sent after the meeting was titled “In strictest confidence” and suggests the discussions went further.

It identified an area between York and the Howardian Hills which is likely to be the initial focus of INEOS’s operations. 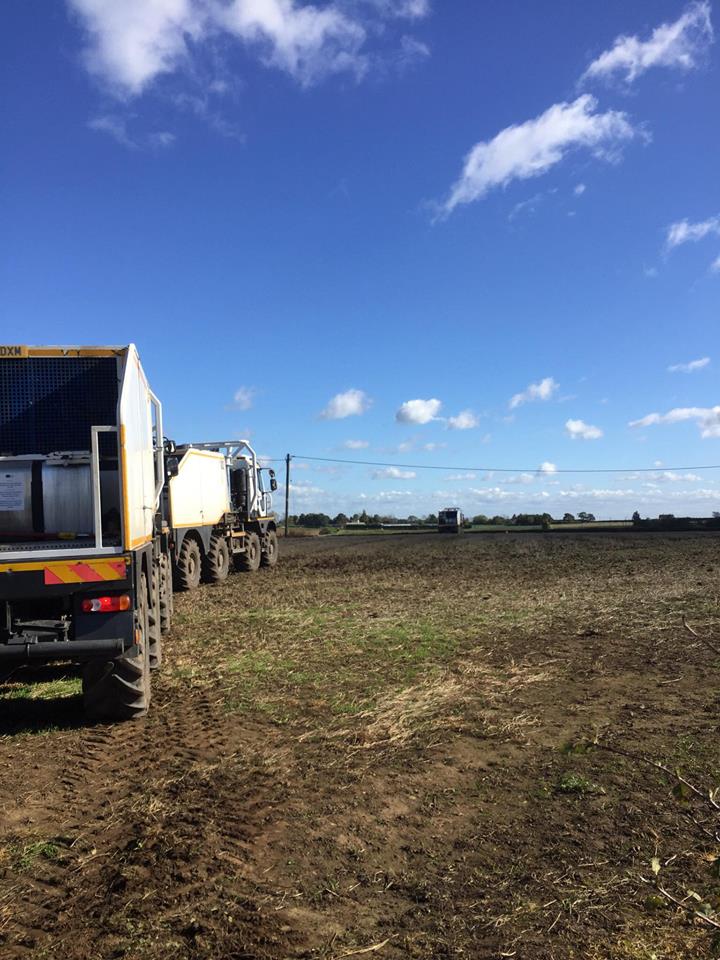 The email also revealed that INEOS was likely to follow the same process it is currently implementing in the East Midlands. According to Ms Perkin, INEOS said it would:

The email sent by INEOS two days before the meeting said:

“INEOS does not propose wells to extract gas (using hydraulic fracturing “fracking” techniques) until these initial works have been undertaken, and there is a clear understanding of the local and regional geology.”

According to Ms Perkin, the company expected to submit proposals for the vertical coring wells within the next couple of years. But some parts of the company’s timetable appear to have slipped. In January INEOS expected to begin the seismic surveys “later in 2017”.

It also promised to “put in place a comprehensive public information and consultation process ahead of physical activities in an area.”

So far there has been no public information about seismic surveying or possible well sites.

The meeting between INEOS and the county council was uncovered by anti-fracking campaigner, Kit Bennett. He said:

“Seismic surveys are the first step towards fracking. I’m glad that the Information Commissioner’s Office has forced North Yorkshire County Council to reveal this information.

“The county council were wrong to conceal the meeting in the first place. They need to put the public’s right to know ahead of INEOS’ unwanted shale gas exploration.”

Fracking and shale gas are very sensitive subjects in the Ryedale area of North Yorkshire. People there are expecting an imminent announcement on whether fracking plans by Third Energy at Kirby Misperton will be approved by the Business Secretary, Greg Clark.

Jim Tucker, of the campaign group Frack Free Ryedale, is expected to raise the issue of the council-INEOS meeting at a county council area committee in Malton this morning. He said:

“For those people who think that they are safe from the dangers of fracking as they don’t live near Third Energy’s site in Kirby Misperton this is a wake up call.

“With so many PEDL licences already in the hands of companies like INEOS there is no-one across the county who won’t be affected by this hugely damaging industry.

“We have a growing body of evidence on the harmful impact of the industry on public health, the environment, local business including agriculture and tourism and, most recently, the effect on house prices when the frackers move in.

“Everyone needs to wake up to the overwhelming damage that fracking will do to their local community – we urge them to join our campaign against the industry.”

DrillOrDrop asked the company for updated details of its plans in North Yorkshire. The company said in a statement:

“Introductory meetings and consultation is expected of responsible developers.

“As INEOS is a responsible developer, we regularly hold meetings with a variety of interested stakeholders and parties.  In the case of our proposed survey work in North Yorkshire we have met North Yorkshire County Council to consult council officers on our plans.

“We are committed to being open and approachable and carrying out genuine two-way dialogue with consultees from individuals to councils.”