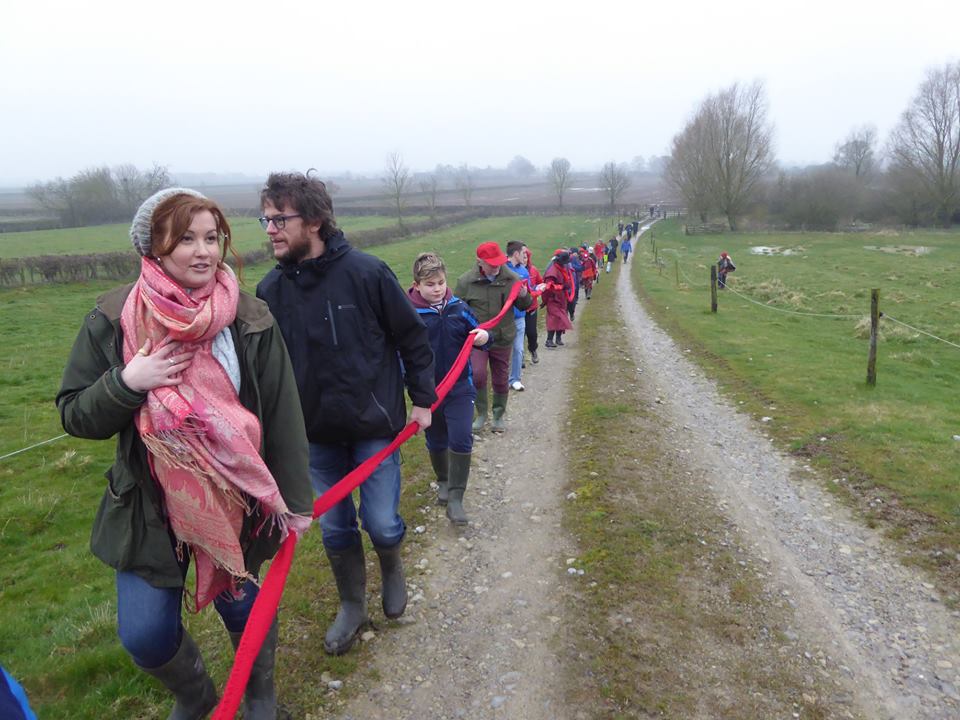 A footpath alongside Third Energy’s fracking site at Kirby Misperton in North Yorkshire has reopened after delays to the company’s planned operations.

Carrying a red knitted ribbon, villagers and anti-fracking campaigners marked the occasion with a walk along the footpath this week (10 April 2018).

North Yorkshire County Council closed the footpath in May last year for six months and extended the closure for another six months in December 2017. The council said the reason was to “prevent a danger to pedestrians along the track which is the approved access for HGVs and other vehicles accessing the development site.” 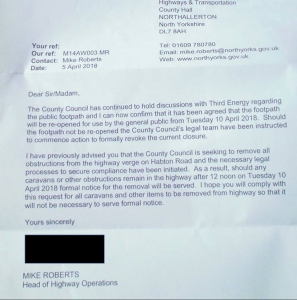 But there have been delays to ministerial consent for fracking the KM8 well and Third Energy has moved almost all the equipment from the site.

“The County Council has continued to hold discussions with Third Energy regarding the public footpath and I can now confirm that it has been agreed that the footpath will be reopened for use by the general public fro Tuesday 10 April 2018.”

Third Energy has said it will not begin fracking, assuming it is granted consent, until the autumn.