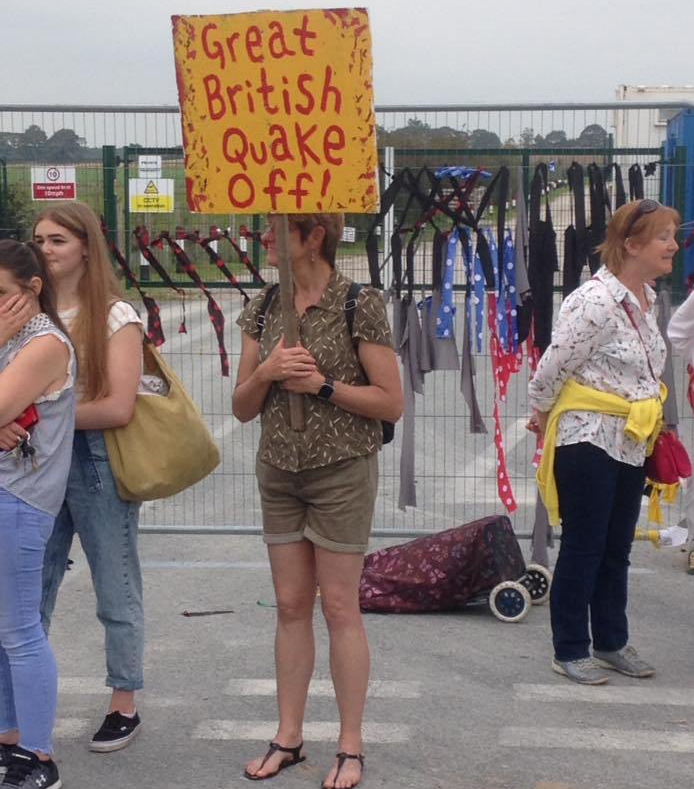 DrillOrDrop has seen official logs of fracturing at the site which show Cuadrilla was using volumes of frack fluid and sand significantly below the maximum allowed. The rate of injection was also under the limit.

Despite this, the operation induced the UK’s strongest fracking-induced tremor.

The Oil & Gas Authority suspended fracking at Preston New Road on 26 August 2019 within hours of the 2.9ML tremor. This was felt across the Fylde district and reportedly damaged homes. Another five tremors were felt by people living near the site.

According to the logs, which were sent daily by Cuadrilla to regulators, a mini-frack was also logged on 13 August, two days before the company announced the start of fracturing operations.

The logs show that the company fracked along the length of the well furthest from the pad, from stages 1-7. The hydraulic fracturing plan for PNR2 indicated that the company planned to frack 45 stages with a total of 47 sleeves.

The 2019 daily logs, unlike those issued in 2018, do not give the time of each frack. But we know Cuadrilla was restricted to fracking during the day and there were no reports of tremors measuring 0.5ML or above while fracking was taking place.

The first significant seismicity was during the fourth main frack, on stage 4, on 19 August. Two amber events, measuring 0.0 were recorded at 10.35am and 11.06am BST. There was another amber event the following day during fracking on stage 5, at 10.13am BST.

The next important seismic event, measuring 1.6ML and an intensity of 3, was in the evening on 21 August 2019. Another measuring 0.9ML followed later that night. The logs showed Cuadrilla had fracked stage 6 that day, using the largest volume of fluid in the series, though with a reduced volume of proppant.

The final frack, on stage 7, on 23 August used reduced volumes of both fluid and proppant and a lower injection rate. It was followed by a 1.1ML intensity 3 tremor that evening and tremors measuring 0.5ML and 2.1ML the next day.

We estimate the 2.9ML tremor happened about 62-72 hours after the final frack.

Data from the PNR-2 daily fracking logs. Refracktion and DrillOrDrop

Cuadrilla used a total of 2,485m3 of frack fluid during the August 2019 fracks – about 7% of the maximum permitted if all stages had been injected with the full volume per stage of 765m3.

The logs show the average volume of frack fluid used in the August main fracks were higher than that used in the main fracks on the PNR-1 well in October-December 2018. DrillOrDrop report on 2018 logs

The total proppant used in the August 2019 fracks was 289.1 tonnes. This is about 8.6% of the total that would have been used if all stages had been fracked using the maximum 75 tonnes allowed.

The average amount of proppant used during the August fracks was also larger than the equivalent in 2018. But the largest amount, at 55 tonnes, used on each of the 17, 19 and 20 August 2019 fracks, was under 75% of the maximum allowed.

What became the final frack, on 23 August 2019, used just 18.6% of the maximum volume of fluid allowed and just under 5% of the permitted amount of proppant.

According to the logs, Cuadrilla also kept the maximum injection rate (in litres per second) within the limit of 106.25 l/s.

The company also appeared to be making adjustments to the proportion of additives in the frack fluid. 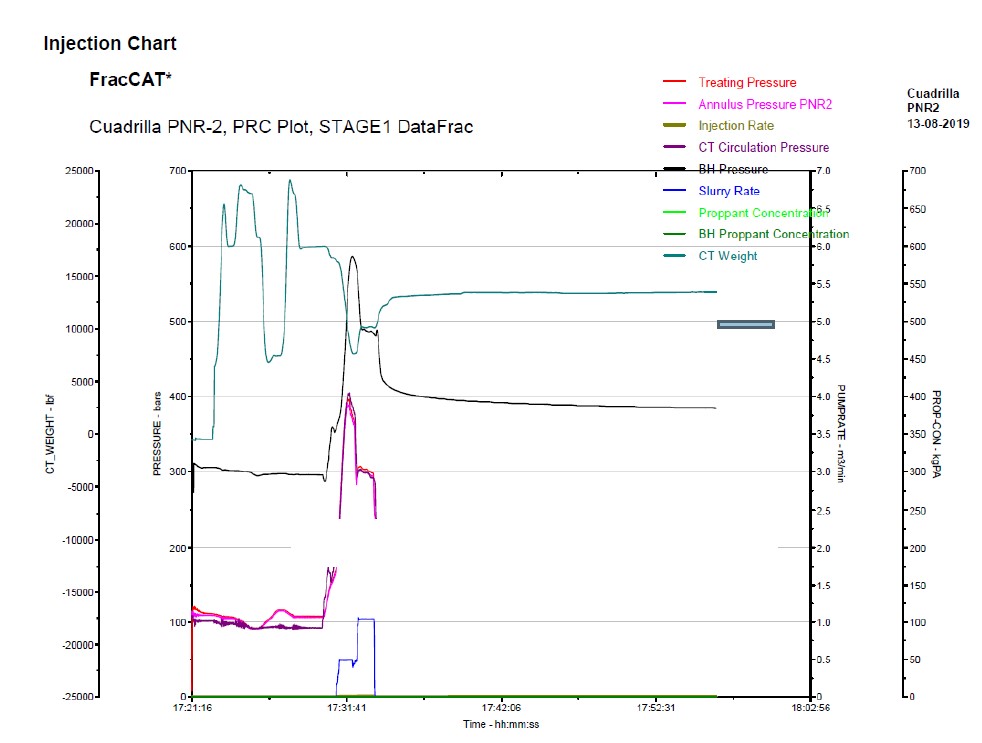 The logs reveal that the August 2019 fracks had lower volumes of flowback than the 2018 operation at Preston New Road.

The recorded flowback totalled 31m3, 1.2% of the total injected. The average flowback per frack stage was just 4.42m3.

Unlike the 2018 logs, only one of the 2019 documents has a chart of pressures, including calculations of bottom hole pressure in the well.

The mini-frack, on 13 August 2019, did have a chart measuring pressure against time. This indicated that maximum bottom hole pressure approached 600 bars. Pressure data is expected to be available in reports released by the OGA six months after the end of fracking.