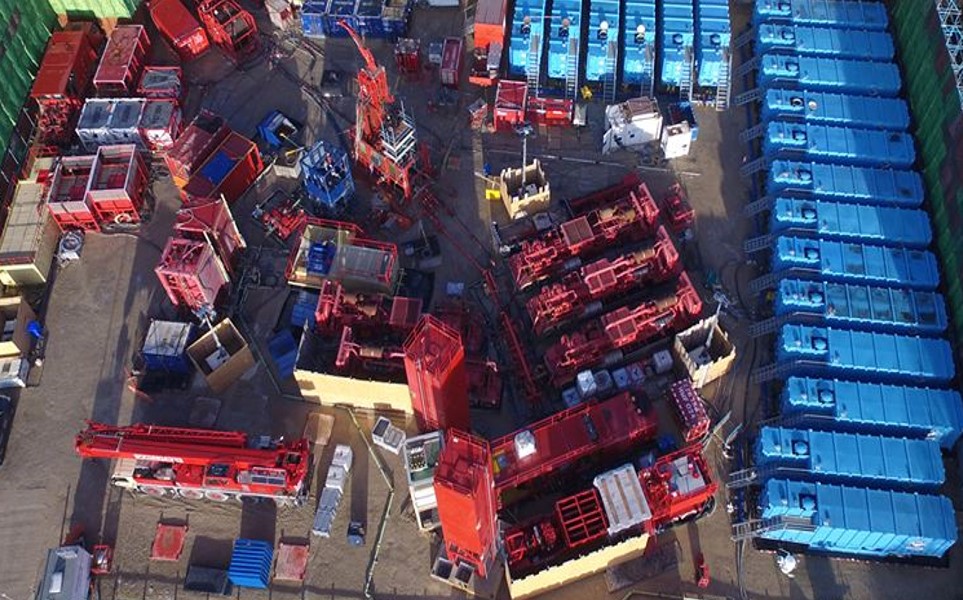 Senior ministers “closely monitored” the sale of the firm and “emphasised its importance”.

The transfer of North Yorkshire-based Third Energy to an affiliate of a US company is now the subject of a legal challenge.

Anti-fracking campaigner, Eddie Thornton, has been granted a hearing at the High Court for a judicial review of the deal, which was approved by the Oil & Gas Authority (OGA).

The case will decide whether the regulator properly considered the risk to the taxpayer that clean-up costs would not be met by the new owners. It will also argue that the OGA failed to follow the rules on the change of control of oil and gas licences.

The go-ahead for the legal action came as emails, seen by DrillOrDrop, show that the former energy minister, Claire Perry, had a phone call in December 2018 with a senior Barclays executive about the sale of Third Energy. Leading civil servants were also on the call.

The emails, released in response to a freedom of information (FOI) request, suggests there had also been previous meetings.

Barclays had faced protests since 2015 about its 97% stake in Third Energy. It had told shareholders in 2017 it intended to sell the company “at some point”.

Third Energy had failed to frack a gas well in the North Yorkshire village of Kirby Misperton as planned in the winter of 2017/2018 because of government concerns about its finances.

In January 2018, the then energy secretary, Greg Clark, delayed the final decision on Third Energy’s fracks until the company filed its overdue accounts and passed financial resilience tests.

The December 2018 phone call came less than two months after the accounts were finally published. They showed that Third Energy’s liabilities had risen to £63.9m and turnover had plunged. The accounts said the company was up for sale and there was “significant doubt” about its ability to continue as a going concern.

“The call began with the Minister outlining the importance of managing onshore oil and gas in a sustainable way and thanking Barclays for working with BEIS [Department of Business, Energy and Industrial Strategy] on the orderly disposal of Third Energy.

“CP [Claire Perry] also emphasised the importance of this and that it was closely monitored by both her and SoS [secretary of state, then Mr Clark].”

The notes show that Jon Whitehouse, head of government relations at Barclays, took part in the conversation.

Joanna Whittington, then recently appointed director general, energy and security at BEIS, and Emily Bourne, a BEIS director, were also on the call.

Six paragraphs were redacted in the FOI release.

“CP Reassured JW [Jon Whitehouse] that BEIS is committed to a workable solution and appreciated all Barclays work to pulling this forward.

“JW – Said he will talk to his team about further options.”

Another email from BEIS, sent on the morning of the phone call, said:

“Hi [redacted] – I am sure things are going to be quite busy today … but also conscious that we had not had a chance to catch up since the previous round of meetings and just wondered if you might have a chance for a quick call today?”

After the phone call, an email from Barclays said:

“We had a good call earlier. Jon and I were on it and discussed afterwards with [redacted] and [redacted]. We’ll be discussing internally tomorrow and will revert accordingly.”

£80m+ loan written off with sale

Barclays sold Third Energy’s onshore business in April 2019, four months after the phone call. The deal was finalised in July 2019.

The gas sites in the Vale of Pickering, a pipeline network and the gas-fired power station at Knapton were sold to York Energy (UK) Holdings Ltd, an affiliate of the American company, Alpha Energy, with no history of operating in the UK.

Accounts published in January 2020 show that, as part of the deal, Third Energy was released from a £80m+ loan. It also received £12m to “meet its known liabilities and provide it working capital”.

Legal challenge over risk of clean-up costs falling on taxpayer

Anti-fracking campaigner, Eddie Thornton, who is bringing the legal challenge against the OGA, said today:

“There is a significant risk that the new owners will use the funds on a risky bid to strike new oil or gas, leaving the company with nothing in the bank if they fail.

“This will leave taxpayers on the hook for the clean-up costs of the company’s drilling sites in its licence areas, potentially running to tens of millions of pounds.”

Mr Justice Supperstone has granted a rolled up hearing for the judicial review application.

This means the High Court will consider the grounds of the challenge and whether the OGA’s decision to allow the sale was lawful. The hearing is due to last 1-2 days. Judge Supperstone said the case was not suitable to be heard by a deputy judge.

York Energy’s most recent accounts show it had a share value of just £10. The company was incorporated in February 2019, two months before the announcement of the Third Energy sale.

“Given that existing legislation places the burden for decommissioning onshore assets onto the taxpayer if the licence holder goes bust, Barclays have dropped this like a hot potato, even giving away money to get rid of Third Energy.

“The government regulator is completely ignoring its duty of care towards our community.

“My legal team believes the Oil and Gas Authority failed to follow the law when it neglected to carry out the requisite thorough financial assessments before waving through this takeover.

“The public could now face a huge bill for decommissioning all the old wells and pipelines across the entire suite of licences in North Yorkshire if this new company goes bust.”

He is fundraising for the costs to bring the case. He is represented by Marc Willers QC, Garden Court Chambers, and Estelle Dehon, Cornerstone Barristers, with instructing solicitor, Matthew McFeeley, Richard Buxton Environmental and Public Law.

“The sale of Third Energy shows how vital it is for there to be proper financial regulation of fracking companies.

“The fracking boom has been built on low interest rates feeding capital into high risk ventures with shaky cash-flows and questionable economics.

“Mr Thornton’s claim has uncovered that, despite the OGA identifying a “foreseeable risk” that, after the transaction, Third Energy “will be unable to pay for decommissioning activity when it falls due”, and despite informing DBEIS that “[t]here are… risks associated with allowing the Transaction… and the OGA cannot provide any assurance that [Third Energy] will ultimately be able to meet its licence commitments, including decommissioning”, the OGA supported the sale.

“This is not robust regulation. Nor was it lawful, given the OGA’s legal duty to assess whether fracking companies have financial capacity to discharge their decommissioning obligations.”