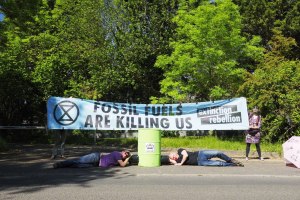 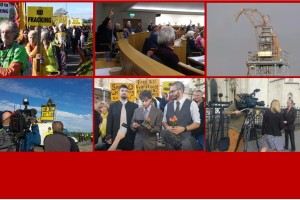 The shale gas company, IGas, announced this morning it had begun drilling its well at Tinker Lane near Blyth in north Nottinghamshire.

22 people were arrested following a seven-hour protest about the climate change outside a government department in central London. 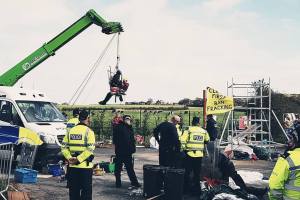 A protest outside Cuadrilla’s shale gas site near Blackpool has reached its third day.

Anti-fracking campaigners gathered outside Cuadrilla’s shale gas site near Blackpool early this morning for the start of what was advertised as a mass camp and 48-hour blockade. 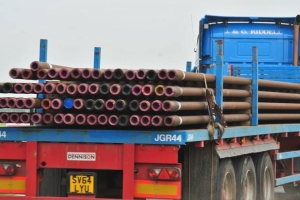 June 2018 sees the opening of the inquiry into the Ineos scheme to explore for shale gas in the Derbyshire village of Marsh Lane, plus plans for a blockade of Cuadrilla’s Lancashire fracking site.

Picture Post: “No to fracking, yes to dancing” – Jig at the Rig protest

Anti-fracking opponents from across the country took part in a mass “dance-off” protest outside Cuadrilla’s shale gas site near Blackpool today.