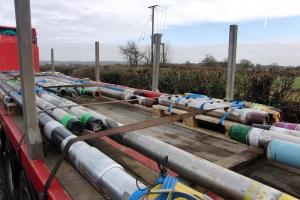 In this week’s listings Decision meeting on Angus plans at Brockham; Edinburgh Skeptics meeting on fracking; Plus meetings, gatherings and information events.

A photojournalist who reports on anti-fracking protests had his conviction for obstructing the highway overturned on appeal today.

The Bolton company, Armstrong Aggregates has announced it will stop supplying Cuadrilla’s fracking site at Preston New Road near Blackpool. But Cuadrilla said the contract had already been fulfilled.

In this week’s update on protests about fracking and onshore oil and gas in the UK: Protest at Cuadrilla contractor, A E Yates Continuing slow-walking at Preston New Road Updates on Kirby Misperton and Brockham