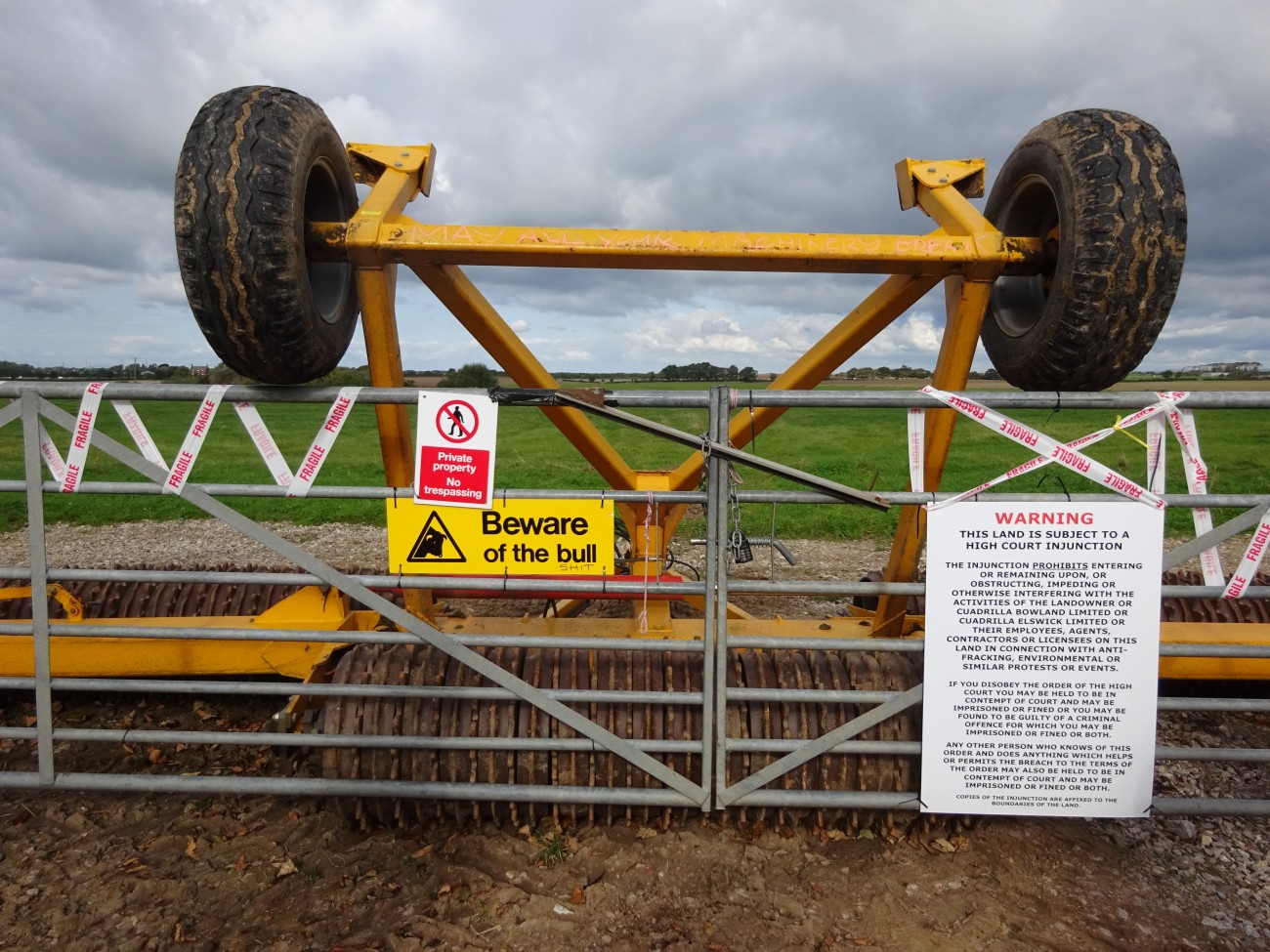 Campaigners against the company’s plans described the announcements as a PR offensive that ignored local residents. They said shale gas was not “wanted, needed or accepted” and they had “no intention of meekly stepping aside” for it.

Cuadrilla said this morning the £1.5m site build contract for Preston New Road, Little Plumpton, had gone to A E Yates Ltd, a civil engineering firm based in Bolton, Greater Manchester. Despite two legal challenges to the plans, Cuadrilla said work would begin early in 2017.

The Local Government Secretary, Sajid Javid, granted planning permission for drilling, fracking and testing at Preston New Road in October. His decision followed the recommendation of the inspector at a six-week public inquiry but overruled the refusal in 2015 by Lancashire County Council’s development control committee.

Cuadrilla is currently negotiating with council planners over the conditions of planning permission while opponents are taking legal action to try to overturn Mr Javid’s ruling.

A fortnight ago, Preston New Road Action Group (PNRAG) announced it had lodged a statutory challenge (details)  and this morning the anti-fracking campaigner, Gayzer Frackman, said he had begun proceedings against the Secretary of State (more details soon on DrillorDrop).

“We have absolutely no intention of meekly stepping aside to allow this industry to gain a foothold where it isn’t wanted, needed nor accepted.”

“Cuadrilla’s latest in a line of promotional sales pitches that wax lyrical about jobs and business, entirely ignores residential communities who will be forced to live with this dirty and insidious industry. We need to remember that a local and democratic decision to refuse planning permission for fracking in Lancashire has been deceitfully pre-determined and overruled by those above who have a vested interest in forcing this upon communities.”

“There are still outstanding, actionable health recommendations [made by Lancashire’s Director of Public Health] that are unaddressed and ignored, along with hundreds of peer-reviewed studies citing harm and environmental danger from proceeding with shale gas extraction, that in turn, have been ignored by the Conservative government.”

Also today, Cuadrilla announced that it was making six commitments to Lancashire should shale gas production be successful.

It said the Chief Executive, Francis Egan, was publicly signing commitments to:

Prioritise Lancashire suppliers and publish the amount we are spending

The commitments would, Cuadrilla said, be measured and independently audited. The results would be published quarterly, starting in 2017.

The company, which launched a new Lancashire logo today, said the results of moving its HQ to the county had been:

“Putting Lancashire First is about a way of doing business and we are committed to putting the County first with new jobs, economic growth and community benefits, promoting prosperity for current and future generations of Lancastrians. We have often spoken about how shale gas will benefit Lancashire as well as enhancing national energy security and now we are turning those words into action.”

“We find the latest PR offensive by Cuadrilla to be ignorant of the local communities they are willing to inflict themselves upon.

“The line about “sponsoring educational and sporting projects” is one we will be seriously looking into.

“Schools should not allow this industry to buy acceptance using children as pawns in this political and undemocratic nightmare, when schools across the Fylde have banned children from even discussing fracking. The hypocrisy is stark.”