Bailiffs accompanied by police have moved to clear anti-fracking protesters from a camp on the edge of Blackpool this morning. 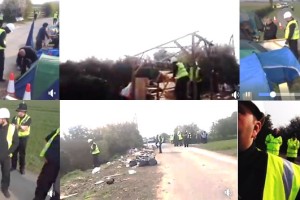 A camp established to monitor operations at an oil and gas exploration site in East Yorkshire has been evicted for a second time.

A disabled campaigner whose blue badge car was removed yesterday from outside an exploration site says he will stay at a council vehicle pound until it is released.

About 10 police officers supported the eviction of a camp that had been monitoring operations at Rathlin Energy’s oil exploration site at West Newton in East Yorkshire.

Residents and campaigners who have been monitoring an oil and gas site in East Yorkshire for more than a month are making a direct appeal to the county council to drop its threat of eviction. 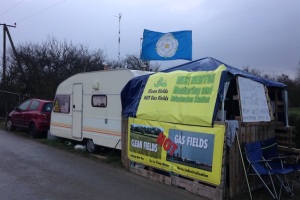