Angus Energy announced this morning that Jonathan Tidswell-Pretorius had resigned as a director of three of the group’s companies.

Drilling a second well at Rathlin Energy’s exploration site in East Yorkshire is due to start next month, an investor in the project announced this morning.

Angus Energy: New appointments and no board return for Jonathan Tidswell

The former chair of Angus Energy breached the share dealing code and will not retake his place on the board, the company has announced.

Angus Energy has announced that Jonathan Tidswell-Pretorius has stepped down as its chairman following recent disclosures over share transfers.

Angus Energy confirmed this morning that its chairman transferred 39 million shares to a company that appears to be less than six months old with one officer, a 20-year-old Hungarian living in Poland. 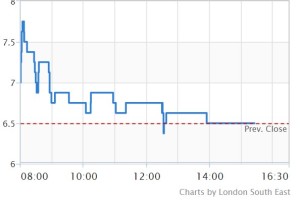 Angus Energy – the company behind oil sites in southern England – announced today it was looking into transactions of shares held by its chairman. It also claimed oil at one of its sites was higher quality than Brent Crude.

The oil and gas company, Angus Energy, made no money from production in the year 2016-2017, according to its accounts published today. But its message to investors was that 2018 would be different.

Surrey County Council and Angus Energy are standing firm in their conflicting positions in a long-running dispute over the Brockham oil site near Dorking.

Angus Energy said today it had not been notified formally by Surrey County Council that it had breached planning permission at its oil production site at Brockham near Dorking.