What Liz Truss said about fracking in Lancashire this morning

The prime minister repeatedly said fracking must be with local consent when she was interviewed about fracking this morning by BBC Radio Lancashire. But she refused to rule it out in the county. 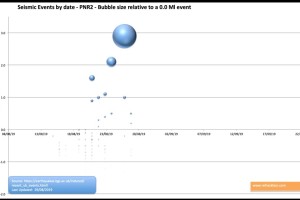 As the new prime minister takes office, one of the biggest immediate challenges will be the UK’s energy crisis, with soaring bills and the threat of rationing this winter. Some see onshore shale gas as part of the solution. But given shale’s record over the past decade, can […]

Spirit sticks with Cuadrilla in Lancashire

Spirit Energy, which had planned to withdraw its stake in shale exploration in Lancashire, has changed its mind.

The oil and gas regulator has withdrawn its order requiring Cuadrilla to plug and abandon its two shale gas exploration wells at Preston New Road in Lancashire.

The oil and gas industry regulator has said it would consider postponing the abandonment of Cuadrilla’s fracked wells in Lancashire by up to a year.

Keep up to date with March 2022’s news with our digest of daily updated headlines about the business, regulation and campaigns around UK fracking, shale, and onshore oil and gas.

Opponents of fracking in Lancashire have welcomed Cuadrilla’s announcement that it is to plug and abandon shale gas wells near Blackpool.

The fracking company, Cuadrilla, has announced it is to plug and abandon its two shale gas wells at Preston New Road site near Blackpool.

A government department has confirmed it has acted on a threat of legal action from the onshore shale gas industry over the moratorium on fracking.