The Green Party MP, Caroline Lucas, today urged David Cameron not to overrule the local refusal of Cuadrilla’s fracking plans in Lancashire. Anything that prevented local communities from rejecting fracking would be “fundamentally undemocratic”, she said. 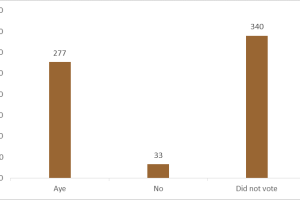 Update to Timeline – September 2013 24/9/13 Police help Cuadrilla breach planning permission Sussex Police tells West Sussex County Council that lorries entering and leaving the Cuadrilla site at Balcombe this week will use different routes. This would be a breach of the company’s planning permission. In a […]

Who’s Who – Planning and Permits

Who decides on fracking?

“Local concerns have to be respected and any form of legal and peaceful protest is legitimate activity. But there is the national interest as well and one of the difficult things for the Government is the balance of how strong the planning guidance should be to compel local […]