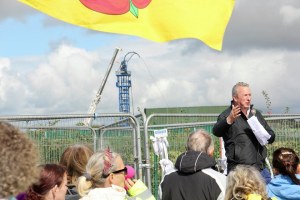 “If you support fracking, you’re complicit in earthquakes” – Lancs businessman; Cuadrilla says “sorry for any concern”

A rally outside Cuadrilla’s shale gas site this afternoon called for a stop on fracking in Lancashire following the record-breaking bank holiday earth tremor.

The British Geological Survey has revised upwards the intensity of the UK’s most powerful fracking-induced earth tremor from “strong” to “slightly damaging”. 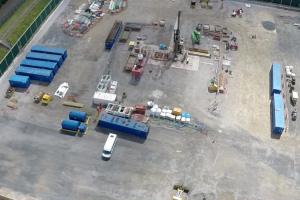 Updated 31 July 2017 More than 4,000 people have signed a petition in the past four days calling for the enforcement of planning conditions at Cuadrilla’s Preston New Road shale gas site in Lancashire. 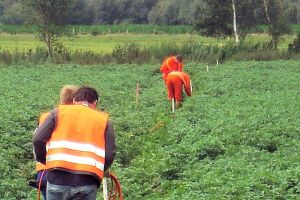 A Manchester law firm is in the early stages of launching a legal case on behalf of people who say their properties have been damaged by seismic surveying in Lancashire.