A council in Surrey is to shape its response to local oil and gas proposals on public comments to a listening panel. 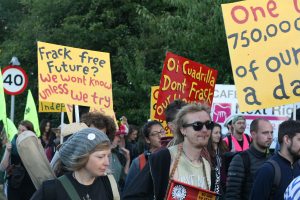 A second environmental group is taking legal action against the government over its new planning policy on fracking and onshore oil and gas.

In this week’s Fracking Week in Parliament: Legislation to give the Welsh Assembly power over fracking Question on regulation of shale gas Academic funding from fracking With thanks to TheyWorkForYou.com for the transcripts.