Residents and campaigners who have been monitoring an oil and gas site in East Yorkshire for more than a month are making a direct appeal to the county council to drop its threat of eviction.

Opponents of plans by Rathlin Energy to drill another well in East Yorkshire have said they will monitor operations round the clock. 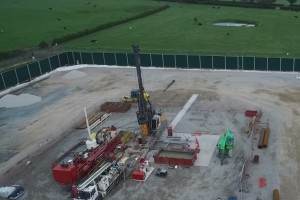