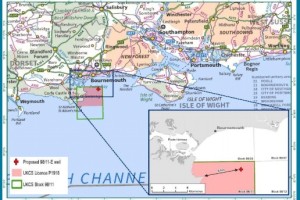 Campaigners have described plans to drill for oil on the seabed off Bournemouth as a “reckless gamble” and urged the government to block it.

The pro-fracking GMB union said today it had written to political leaders urging them to make sure the police and judiciary took “a firm line” with protesters that targeted shale gas suppliers. 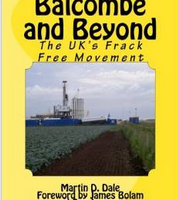 Guest Post: Balcombe and Beyond – the story of the UK frack free movement

In this guest post, author Martin Dale explains how he came to write his new book about the anti-fracking movement, what he learned and what he thinks will happen next.

16th July 2014 The BBC explained this morning how it encouraged oil and gas companies and politicians to take part in its live fracking debate at Fernhurst – even though none chose to attend.

9th July 2014 The group trying to organise a nationwide debate about fracking in the UK has cancelled its next event because supporters of the process would not take part.

17th June 2014 Vivienne Westwood and organisers of the We Need To Talk About Fracking debates have arranged a second meeting in London after no politicians or industry representatives took part in last night’s event in London. The sell-out audience at Central Hall Westminster heard from six opponents […]

Does fracking bring down gas prices?

Who says it will? Michael Fallon, Minister for Energy and Business “The potential prize is huge: cheaper bills for everybody”  (31/7/13)  http://www.telegraph.co.uk/earth/energy/10213985/The-potential-prize-from-fracking-is-huge.html Prime Minister, David Cameron Fracking has “real potential to drive energy bills down”. (11/8/13)  http://www.telegraph.co.uk/news/politics/10236664/We-cannot-afford-to-miss-out-on-shale-gas.html Chancellor of the Exchequer, George Osborne “This is a major new energy source […]