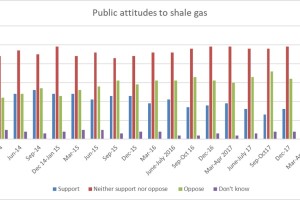 Who commented on DrillOrDrop in 2016?

Moderator, Paul Seaman, looks back over comments posted by DrillOrDrop readers over the past 12 months

In this Fracking Week in Parliament: Jim McMahon on landowners’ rights and fracking Caroline Flint on using the shale wealth fund for energy efficiency Scottish Parliament on post-Brexit impacts on the environment and trade deals

Almost three quarters of Britain’s company directors support decarbonisation of energy to mitigate climate change, and even more are in favour of greater use of solar, offshore wind and wave and tidal energy, according to new research.