Conservative-controlled Trafford Council voted overwhelmingly last night to reaffirm its opposition to fracking until it is proved to be safe.

Helen Savage, a Balcombe villager who campaigns against fracking, has replied to comments by Averil Macdonald, the new chair of the industry body UK Onshore Oil and Gas. 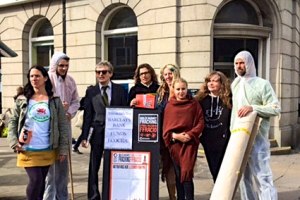 Friends of the Earth says 7,000 people have supported its ongoing action against funding by Barclays Bank for a company that wants to frack in North Yorkshire.

The RSPB warned today that nearly 300 Sites of Special Scientific Interest – home to rare plants and animals – have been included in the new oil and gas licences. 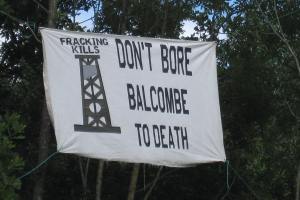 Two residents’ groups in areas where Cuadrilla wants to test drill have accused the Task Force on Shale Gas of proposing to experiment with their health. The industry-funded Task Force, chaired by Lord Smith, published its latest report today on the impacts of fracking on health and local […]

Councillors who will decide Cuadrilla’s fracking applications in Lancashire later this week have been sent a new report which says shale gas exploration is potentially a significant source of air, land and water pollution.

A hydrogeologist employed by Europa Oil and Gas said the risk of water contamination from a proposed exploratory drilling site in the Surrey Hills was essentially zero.