What happens on the final day of Cuadrilla fracking inquiry?

58 members of the public gave their views against Cuadrilla’s plans to frack at Preston New Road and Roseacre Wood at the public inquiry at Blackpool Football Club. Another four supported the schemes. We reported live on the inquiry session, beginning with the supporters at 9.30am.

Today the Cuadrilla fracking inquiry turned to planning conditions that could be imposed if the proposed sites at Preston New Road and Roseacre Wood were approved.

Live news as it happens at the 16th day of the inquiry at Blackpool Football Club into Cuadrilla’s fracking plans for the Fylde area of Lancashire. Check our Inquiry page for more information, posts and links. Today Cllr Peter Clifton, for Newton-with-Clifton Parish Council, is the last […] 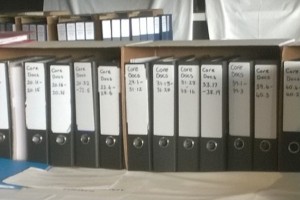 The inquiry into Cuadrilla’s fracking plans for Lancashire goes into the final full week tomorrow (Tuesday 8th March) with evidence from opponents of the Preston New Road site.

The chair of a group of residents opposed to fracking at Roseacre Wood told the public inquiry about their fears if Cuadrilla’s plans went ahead.