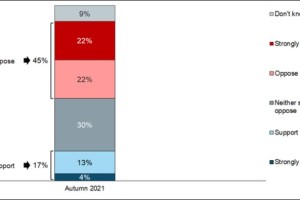 More than twice as many people oppose fracking than support it, according to a new government survey published today.

A government survey of public attitudes on energy issues has dropped some questions about fracking and will ask others less frequently.

In this week’s listings: Meeting of Derbyshire County Council on INEOS second shale gas application for Marsh Lane; Publication of latest government data on public attitudes to fracking; Webcast of conference on fracking and public health; Plus meetings, gatherings, talks and deadlines.