As campaigners against drilling establish a camp outside Europa’s Kiln Lane site near Immingham, Biff Vernon outlines the local geology and explains what the well could mean for oil and gas development in the region

There seems to have been some confusion over the various oil and gas plays in Lincolnshire and elsewhere recently. I think it might help if everybody had a better understanding of the geology and then used that to draw political and economic conclusions.

Kiln Lane lies above a geological area called the Askern-Spital High. To the south-west lies a deep basin known as the Gainsborough Trough. Here is a thick layer of shale that has potential for fracking for gas called the Bowland-Hodder Formation. This is the same rock as is being prospected in Lancashire and also continues into North Yorkshire as the Cleveland Basin. The same rock underlies the Humber Basin to the east of Kiln Lane. This area has not been well studied in the past and the Kiln Lane bore may be particularly informative about the boundaries of this potentially productive area. 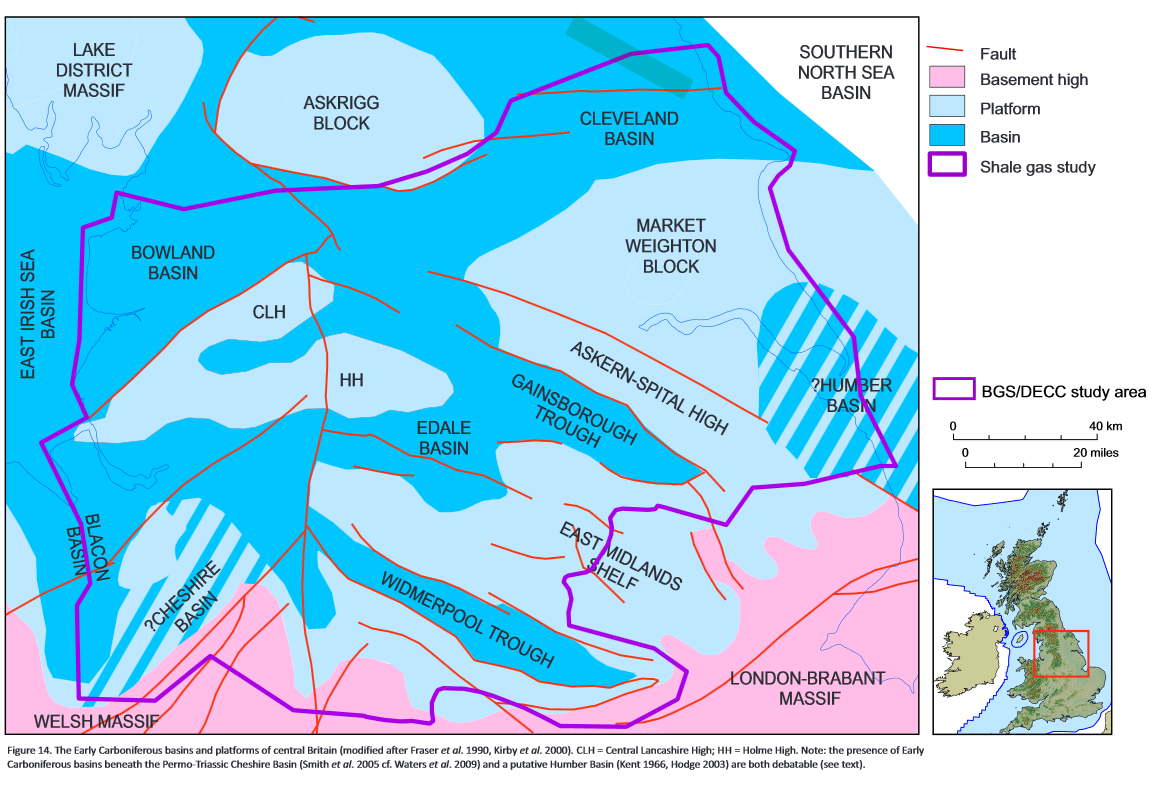 So as far as the geology is concerned there is no possibility of fracking at Kiln Lane. The bore is intended to reach the Millstone Grit, which the oil company hopes contains oil that would be extracted conventionally. This oil will have migrated from the shale source rocks from the lower Bowland-Hodder formation either of the Gainsborough Trough or the Humber Basin. The source is as yet uncertain, but the information gathered is likely to help the industry in their attempts to produce gas by fracking in neighbouring areas.

Now for my take on the economics; this may be more contestable than the geology. With crude prices as low as $50 a barrel small onshore conventional oilfields are likely to be profitable in Britain where the political risks are very low and transport cost negligible. Kiln Lane is next door to a refinery! These small English onshore oilfields have traditionally produced a modest but steady and safe income stream.

The economics of fracking are something else. At $50 there is no fracking operator in the world making a profit from the activity, not even in the USA where the geology is much simpler. Where the industry is making money it is not from profits on sales but from investment income in a post 2008 economic environment in which quantitative easing has allowed cheap borrowing of money that is shy of the sub-prime mortgage business. The US fracking industry is so highly leveraged that many are just waiting for the house of cards to tumble.

Added to the financing issue is the fear of a carbon bubble bursting as the fossil fuel industry is forced to contract as carbon reduction policies are entrenched worldwide. Climate change legislation will create stranded assets wiping out the oil industry’s booked value. It has become widely accepted that some 80% of the already discovered fossil carbon will have to be left underground and unburnt if we are to have a sporting chance of even keeping global warming below 2°C of pre-industrial level. The divestment campaign in getting attention everywhere from small faith groups to Norway’s sovereign wealth fund.

No future for fracking

In this politico-economic environment there is no future for a fracking industry. But that will not stop oil company executives trying to make some money in the short term. Their current strategy is to persuade investors who do not yet accept that the fossil fuel industry will soon be in rapid contraction, that they have a prospect worth investing in.

In the Kiln Lane case we have a bore hole being drilled to produce an easy cash flow from conventional oil and, importantly, an opportunity to demonstrate that the company is serious about fracking in neighbouring geological formations for which they hold the exploration and production licence and which offer the prospect of untold riches in the future.

Their message is:
1. We are not fracking at Kiln Lane (true)
2. We will learn more about the potential for fracking in the Gainsborough Trough and Humber Basin (true)
3. Invest in us and you will share the profits of fracking in the future (false)

Whether or not the industry believes its own lie at point 3 is hard to determine. Either way, there is a whiff of the Ponzi scheme, whereby a few people make a lot of money out of an incoming investment stream that will never provide a return. If and when their plans fail they are likely to blame protesters and politicians rather that admit the fundamental flaws of the scheme, namely that gas from fracking is too expensive to produce and climate change legislation will force a contraction of the whole industry.

Of course the industry is still quite capable of creating a great deal of harm, locally with pollution and globally in its efforts to slow down the decarbonisation of the global economy. The anti-fracking protests have a valuable damage-limitation role to play.

Click here for Europa’s brochure on the Kiln Lane prospect