Supporters of fracking in north-west England launched a publicity campaign today in a bid to gain public acceptance of shale gas, three weeks ahead of planning decisions on Cuadrilla’s applications in the Fylde.

The North West Energy Task Force, a pro-shale group of businesses supported by Cuadrilla Resources and its partner Centrica Energy, is promoting the views of 10 Lancashire people who say they are in favour of plans to frack at Roseacre Wood and Preston New Road.

The task force said the diversity of views expressed demonstrated “the breadth of support and the weight of arguments in favour of developing Lancashire’s shale gas resources”.

Opponents of the fracking and Cuadrilla’s applications described the campaign as offensive and said fracking would have no long-term benefit for the Fylde.

Four of the ten people in the campaign, called Faces of Shale, have direct connections with the oil and gas industry and another three are from the hospitality industry. Two of the ten are members of the NWETF. 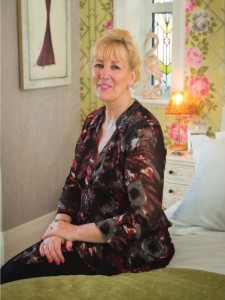 One task force member, Claire Smith, a hotelier and President of StayBlackpool, said: “The government should support the development of shale gas because we badly need more and better-skilled jobs, which are more sustainable and less seasonal”.

Another hotelier, Julie Sayer, said: “If we stayed in the area it would be great if our granddaughter had the option of staying in the area too because there was a thriving industry”.

Also from the hospitality sector, Paul Linderman, director of Berkeley Apartments in Blackpool and the owner of letting agency, said: “I really cannot see any negatives. Producing our own gas rather than importing it will benefit the whole country not just the local area.”

Sixth form student, Will Nickson, went on a school trip to Cuadrilla’s Elswick site (a conventional gas well which has not been fracked). He said: “From what I’ve learnt and seen myself there is no issue with safety, because there’s lots of precautions taken. I don’t think anything will happen, but, there is so much in place if it ever did. People have been misinformed. There is a serious lack of knowledge and there has been a lot of looseness with facts. If people came and saw a site their concerns would be completely allayed.” 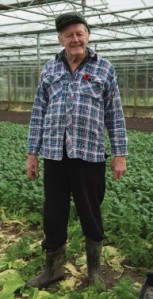 Jack Wright farms land next to Cuadrilla’s Becconsall site (where fracking has not taken place). He said: “In the time they have been in the area, and they are operating in front of my bungalow, they have never bothered me”.

Among the ten, there were several from the oil and gas industry or its supply chain.

These included Paul Hennessey, the oil and gas business manager at ATG UV technology, which deals with flowback water from shale gas wells.

He said: “I am certain that safety concerns are being properly dealt with. Unfortunately we are suffering from being the second major country to do it. In the US a few early bad examples of how to manage operations, together with a weaker regulatory regime have given the industry a bad name. We are now all being tarred with that same brush.”

Marcus Addison, of the Addison Group, Lancashire and a member of NWETF, said: “Whilst we have no experience specifically in the shale gas industry, we would expect that from our team of 250 engineering staff, largely based on the Fylde coast, we can play an active part supporting shale gas extraction”. 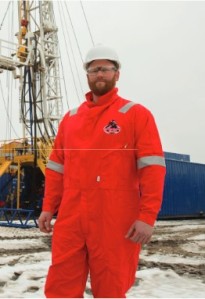 Arthur Parson, is an assistant driller with P. R. Marriott, which works for Cuadrilla. He said: I have seen it from the inside and everything is done to the highest standard. So much time and energy is spent on safety. Cuadrilla just want to make sure everything is done right. It would be a shame to lose out because of scaremongering.”

Katie Eyre, a former Cuadrilla intern, said: “I got to learn a lot about regulations and the different standards. From the time I spent working in the shale gas industry I definitely feel reassured that this can, and will be done safely”

The final “face of shale”, Norman Tenray, is chief executive of the OBAS group, which supplies products and services to the construction industry, and President and Non-exec Board Director of the North & Western Lancashire Chamber of Commerce. He said: “What we need in Lancashire is something to pin our hats to. We need a new USP for the area and need to move forward in a united cohesive way”.

In a statement, one of the campaign organisations which opposes Cuadrilla’s fracking plans, said today: “Preston New Road Action Group has responded with incredulity to the launch of  a press campaign by the self-styled North West Energy Task Force, claiming to represent local communities.”

The group said: “The claims that this meant support from Fylde communities for fracking would be laughable if it were not only untrue but offensive to the people who were at threat from industrialisation of their neighbourhood.” It added:

“Lancashire County Council has received tens of thousands of objections to the fracking applications. To put up ten individuals who mistakenly believe fracking would bring benefits to the area is ludicrous. The NWETF is backed and funded by Cuadrilla to promote the company’s interests. Their membership was shown recently to be not only to be substantially from outside the Fylde but even outside Lancashire

“All the evidence suggests that fracking will have no long-term benefit for the Fylde, and will indeed undermine the agricultural and tourist industries on which we depend. The future is in developing alternative energy sources, not putting local communities at risk into the distant future for a short term benefit to a drilling company.”