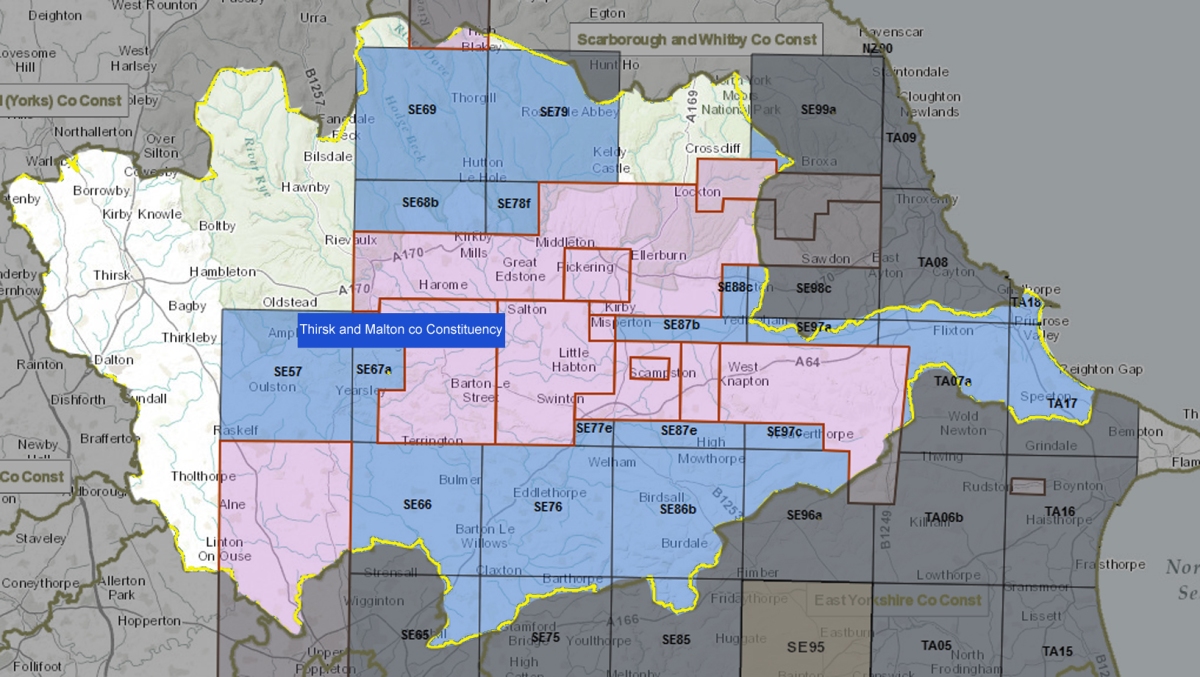 The Thirsk and Malton area of North Yorkshire could become the drilling capital of the UK following the release of new oil and gas licences. But its MP has said on his website he’s currently against fracking.

Other MPs in some of the most newly licensed areas also appear resistant to fracking.

Analysis by DrillOrDrop.com reveals that the Thirsk and Malton parliamentary constituency will host all or part of 25 new licence blocks announced under the 14th round last month.

This is more new licences than any other constituency. Only neighbouring East Yorkshire comes close, with 14 new blocks.

Thirsk and Malton, which already has another 13 blocks from previous licence rounds, is currently at the centre of the debate about fracking. Third Energy has applied for planning permission to carry out hydraulic fracturing at one of its existing wells at Kirby Misperton.

The constituency’s Conservative MP, Kevin Hollinrake, has said on his website he is against fracking until he receives what he describes as satisfactory answers to questions on independent water monitoring, well decommissioning and industrialisation of the countryside.

Mr Hollinrake, who is visiting fracking sites in Pennsylvania this month, told The Yorkshire Post that Third Energy might drill 950 wells in less than a third of the constituency. He said: “[This] would require hundreds of thousands of lorry movements, all in one of the country’s most beautiful counties, with an economy dependent on agriculture and tourism.”

During a parliamentary debate in June, Mr Hollinrake called for “truly independent” monitoring, a minimum distance between production sites, methods to recycle water to reduce traffic and blight compensation for people directly affected.

He said there needed to be “a clear willingness to stop if lives and livelihoods are affected to unacceptable levels and a clear answer to the question of who cleans up and who pays if the worst happens.”

Mr Hollinrake’s parliamentary neighbour in East Yorkshire is the Conservative MP Sir Greg Knight, whose constituency has 14 whole or partial new blocks. He told the Hull Daily Mail last month he was concerned that Cuadrilla had been granted a licence for the Yorkshire Wolds. He said:

“I think it would be highly improper if we were to develop any industry in the Wolds.”

“I would hope the planning authority in due course takes into account this is an area of outstanding natural beauty. I would be very concerned if this was to proceed further.”

Another Conservative, Antoinette Sandbach, has 8 new blocks her in Cheshire constituency of Eddisbury. The former Welsh Assembly Member welcomed the moratorium on fracking in Wales.

She said: “The views of the local people likely to benefit from fracking, or who will be affected by fracking must be paramount and a moratorium with community right to opt-in to support fracking will empower people.”

The Conservative Sir Edward Leigh, in Gainsborough, which has 7 new blocks, told the Scunthorpe Telegraph it would be foolish not to explore for shale gas. But he said local planning committees and local residents must have the final say. On his website he said he would be “happy to back up all well-reasoned objections” to fracking in the constituency.

“It is vital that nothing takes place if local people are deeply and strongly opposed.”

Andrew Turner, the Conservative MP for the Isle of Wight, has 5 new licences, covering about half his constituency. He voted against the Government on fracking in a debate on the Infrastructure Bill in February this year (our report).

In contrast, the Chancellor, George Osborne, one of the strongest supporters of fracking in government, has six new licence blocks in his Tatton constituency.

DrillOrDrop.com has examined details of all 159 licence blocks in England announced by the Oil and Gas Authority (OGA) on 18th August 2015. No blocks have been announced yet in Wales or Scotland.

The OGA has confirmed which companies have an exclusive right, subject to permissions, to drill for oil and gas in 27 licence blocks (details here). Another 132 are subject to a consultation this month and the successful companies are expected to be announced later in the year.

We have compiled information about each block with details about the possible implications of drilling on local towns and wildlife sites.

Two of the Labour leadership contenders have new licences in their constituencies. Yvette Cooper, a supporter of fracking, has 4 licences in her constituency of Normanton, Pontefract and Castleford, while fracking sceptic, Andy Burnham (Leigh), has 2 licences.

North Yorkshire is the administrative area with the largest number of licence blocks. It has 33 blocks wholly or partially in its boundaries followed by Lincolnshire with 20.

Last month, the Government said it required planning authorities to decide drilling applications within 16 weeks and might take over decisions from councils which failed to meet this target.

Four National Parks have all or part of new licence blocks, as does the East Devon and Dorset Coasts World Heritage Site.

The OGA carried out an assessment of the impact of exploration and development on the top wildlife sites in each licence block. These are sites designated to protect rare or vulnerable species and habitats. They include Special Protection Areas, Special Areas of Conservation and RAMSAR wetland sites. The government describes these as European sites because they were established under European Union regulations.

Licences give companies exclusive right to drill in a block but operators need to gain planning consent and environmental permits before activities can start.