Meetings, decisions, consultation deadlines and other key dates coming up in the next month about fracking and onshore oil and gas. Updated throughout the month. 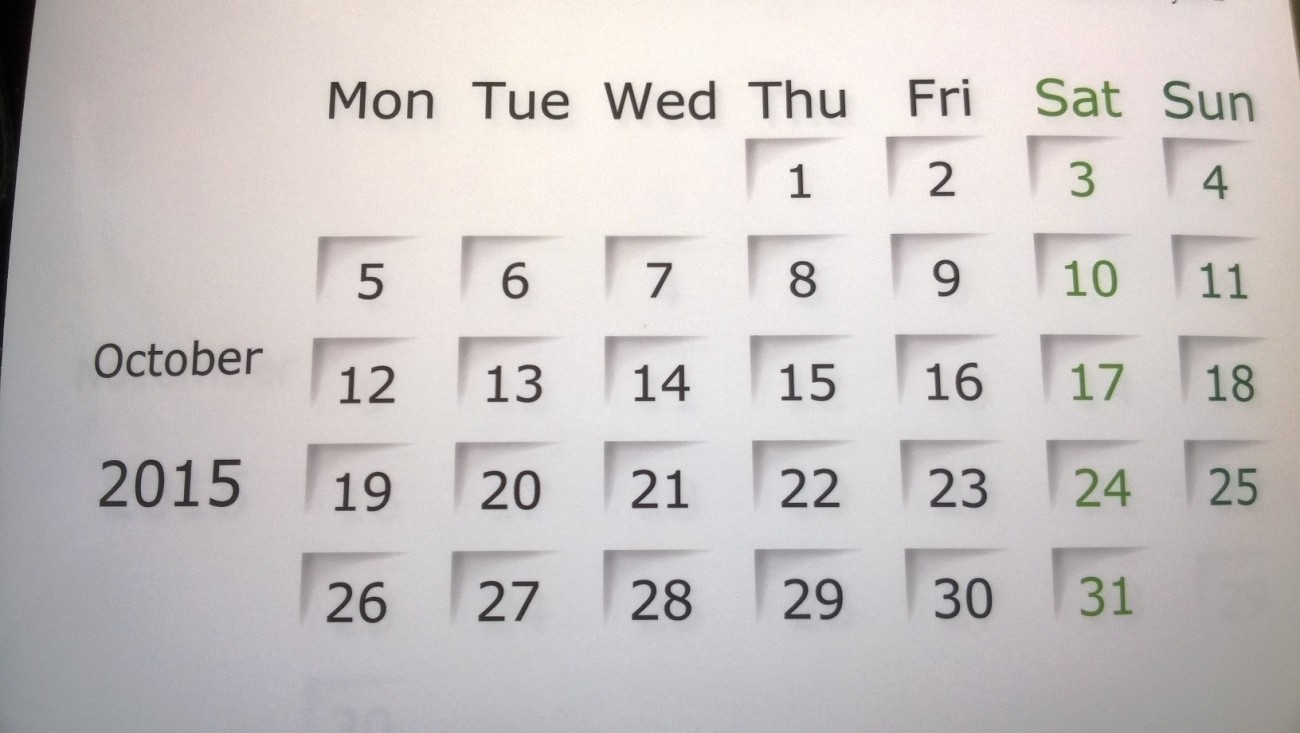 Please let us know if we’ve not included your dates by clicking here.

Some of the people convicted following protests outside the IGas site at Barton Moss in Salford are appealing, 10am, Manchester Magistrates Court M60 1PR Details

No to Austerity – No to Fracking Hell: March at Conservative Party Conference, 11am, Salford Museum and Art Gallery, The Crescent M5 4WU Details

March to the Conservative Party Conference in Manchester by anti-fracking groups and climate change campaigners, starting at 11am, Salford Museum and Art Gallery, The Crescent M5 4WU press release and details

Fracking: for whom, at what cost, discussion with John Ashton, former climate ambassador, organised by Friends of the Earth Scotland, 7.30pm-9pm, Edinburgh, venue to be confirmed Details

Carwyn Connect First Minister Carwyn Jones tours all 22 local authorities in Wales to hear what matters to communities. Free event but entry by ticket only. People who have booked tickets can submit questions can be submitted by email. 5.30, Medrus, Aberyswtyth University, SY23 3BY Details and to book

More Barclays events on Friends of the Earth webpage

Other events
Symbolic circle of protection and demonstration, No Fracking in Our Forest contribution to global day of action against fracking, 10am, Cyril Hart Arboretum, Cinderford, Gloucestershire GL16 7EL

Hands Over Our Forth – public protest urging the Scottish Government to include underground coal gasification in the current moratorium, 2pm, Forth Road Bridge, Firth of Forth Edinburgh EH30 9SF Details

Fracking around the world with speakers Marianne Lloyd-Smith, senior advisor to the National Toxics Network and the Australian public interest NGO, IPEN, and Reverend Graham Cray, honorary assistant bishop in York and resident of Kirby Misperton who made his own trip to Pennsylvania, 8pm-9.30pm, Kirby Misperton Village Hall, High Row, Kirby Misperton YO1 6XN

Labour Group on Forest of Dean District Council says it intends to put a motion to the full council meeting. The motion asks the council leader to express concern about unconventional oil and gas exploration and extraction in the area and to tell Department of Environment and Climate Change that the council is not in a position to support these developments. 7pm, Council Chamber, Council Offices, High Street, Coleford, Gloucestershire GL16 8HG. Details

Carwyn Connect First Minister Carwyn Jones tours all 22 local authorities in Wales to hear what matters to communities. Free event but entry by ticket only. People who have booked tickets can submit questions can be submitted by email. 5.30, Dylan Thomas Centre, Somerset Place, Swansea, SA1 1RR Details and to book

Third Energy planning application to frack at Kirby Misperton is on the agenda – but not for decision – at a meeting of North Yorkshire County Council’s planning and regulatory functions committee, 10am, County Hall, Northallerton  DL7 8AD Details

Hearing at the Royal Courts of Justice in The Strand, London  at which Roseacre Awareness Group will make its case to a judge for a judicial review of the approval by Lancashire County Council of Cuadrilla’s application for a monitoring arrat at Roseacre Wood. Time tbc

Carwyn Connect First Minister Carwyn Jones tours all 22 local authorities in Wales to hear what matters to communities. Free event but entry by ticket only. People who have booked tickets can submit questions can be submitted by email. 5.30, Theatr Clwyd, Raikes Lane, Mold, CH7 1YA Details and to book

Committee stage begins on the Enterprise Bill which includes a growth duty for regulators, which will require them to have regard to economic growth Details

Possible date for a decision on IGas application for monitoring boreholes at a proposed coal bed methane site at Springs Lane, Mission in Bassetlaw. Date and time to be confirmed.

Closing date for extended public consultation on Rathlin Energy’s planning extension for its West Newton A wellsite. The application (15/03056/STVAR) details are on the East Riding of Yorkshire Council planning website here.

All Party Parliamentary Group on Unconventional Oil and Gas meeting on “Better regulation and lessons from Canada” with the President and Chief Executive of Alberta Energy Regulator, Jim Ellis, and the DECC Chief Scientific Advisor, Professor John Loughhead. Venue and time to be confirmed.

Campaign against climate change march in Scotland and Wales, times and locations to be confirmed, Details

Campaign against climate change march in London, times and locations to be confirmed, Details

Closing date for comments on government consultation on the cap on costs for challenges under the Aarhus Convention to planning decisions and infrastructure projects. Details

Publication of the government’s Digest of UK Energy Statistics – 2015

Please let us know if we’ve not included important dates by clicking here.