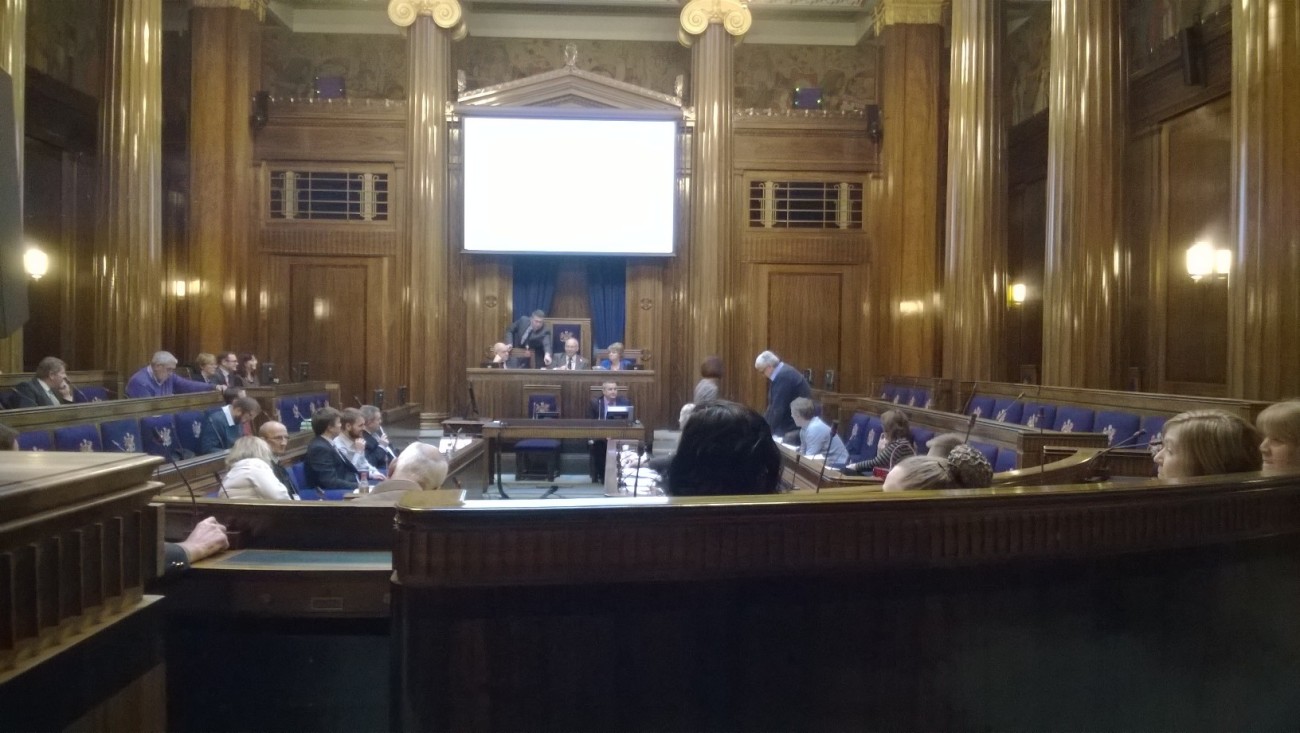 Residents of a small village near Swansea are to make a formal complaint about how councillors decided a planning application for coal bed methane exploration near their homes.

This afternoon, a meeting of Swansea Council’s planning committee unanimously approved the scheme by UK Methane for a site at Bryntywod.

The discussion lasted under 25 minutes and only three members of the committee said anything about the application before the chair, Paul Lloyd, called a vote.

Gareth Watson, who lives in Bryntywod and spoke on behalf of the opponents, said:

“We will be making a formal complaint. It was not a fair debate.”

One of the committee members, Cllr Des Thomas,said it would be hard to find planning reasons to refuse the plan. He told the meeting:

“If we refuse and it goes to appeal and we do not have reasonable grounds we will have costs awarded against and we cannot afford pay them.”

But Mr Watson said there were reasonable grounds for refusing the application.

“They did not get discussed. The moment they talked about costs it stopped all discussion.”

“There were ducks swimming on the site this morning”

One of the objections put forward by local people was that the site near Llangyfelach was on the flood plain of the Afon Lan river.

Another opponent, Vince Hide, said councillors, on a visit to the site this morning, saw it was flooded.

“This was a site they said didn’t flood. Today it was operating as it should, as a flood plain. There were ducks swimming on the site today. But they never discussed this.”

“It was really disappointing. None of the councillors had any understanding of the reasons given in the objections. They just accepted the planning officers’ recommendations.”

The planning officers recommended approval of the application, citing local planning policy which is to support drilling for coal bed methane provided certain criteria were met.

But the leader of the council, Robert Stewart, who is not a member of the committee, suggested at the meeting that this policy, R3 in the unitary development plan, was out of date. “The policy has been in place for nearly 10 years”, he said.

Mr Hide said the council should also have considered policy R1 which required mineral developments to satisfy 10 requirements before it was permitted.

One member of the committee, Cllr Ioan Richards, said there were two exploratory boreholes in his ward and there had been no problems with them. He said:

“That was completely false. The campaign has been run by residents. We had some input from Frack Free Wales and Friends of the Earth but they kept a respectful distance. They have not been scaremongering.”

Details of the application

The meeting heard the proposed site, next to the M4, was 270m from the nearest home and about 8m from the Afon Lan river, which is used by otters, brown trout, eels and possibly bats. It is part of a Site of Importance for Nature Conservation.

The rig would be 18m high and the site surrounded by 2m security fencing.

Oliver Taylor, a director of UK Methane, said the application did not include production or fracking. Approving the borehole would not mean the site would definitely be used for gas production later, he said.

The planning officers’ report accepted UK Methane’s assurance that vibration would be minimal. It said conditions could include “limiting the use of particularly noisy plant or vehicles”. It also said pollution risks and impacts on local people could be controlled by planning conditions.

There were three petitions against the application, with a total of 450 signatures, as well as nearly 140 letters of objections. Four members of the Welsh Assembly, including a cabinet member, had objected to the scheme, along with the community council.

As well as the risk of flooding, the reasons given in the objections included:

Opponents also said there were no proven socio-economic benefits from the application, there were fears that it would lead to fracking and suggestions that it was contrary to the Well Being and Future Generation Act (Wales) 2014.

The ward councillor for Bryntywod, Gareth Sullivan, said there was widespread concern about the application. He said the diesel engines that drove the drilling rig would affect air quality.

“Is this a suitable place for an industrial operation? The residents and I would say emphatically no and ask members to reject the application.”

Gareth Watson told the committee UK Methane had no social licence in Bryntwod.

He said there were 36 homes. It was a village, not a collection of dwellings as described in the officers’ report. The homes were, on average, 350m from the site, he said, and the application should be refused on that ground alone.

“We are dismayed that the planning officers’ report fails to consider the closeness of the site and the cumulative impact of the development.”

He said the fears of local people was a material consideration and this had not been acknowledged.

The planning officers recommended 13 conditions on the permission. There was no discussion of them by the committee.

The conditions included a requirement that work begin within five years and that once the site preparation started permission would last for 12 months. There were also recommended conditions for a restoration plan, pollution prevention method statement, compliance with drilling guidelines, the location of the fuel store and an 8m buffer between the site and the river. Work must cease immediately if bats are seen on site.