Cuadrilla and seven organisations were represented at the inquiry, which reviewed the company’s applications to frack at Roseacre Wood and Preston New Road, Little Plumpton.

The inspector, Wendy McKay, heard evidence from 26 expert witnesses and 146 members of the public.

Here are the thoughts of the appellant, Cuadrilla, three of the groups opposing the appeal (Friends of the Earth, Preston New Road Action Group and Roseacre Awareness Group) and neutral observers. 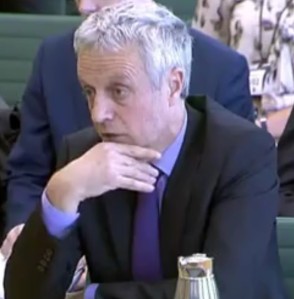 “In our opinion the five week public inquiry has allowed a very full examination of our appeals and we remain optimistic regarding the outcome.  We believe we made a compelling case on the three central planning issues of traffic, visual landscape and noise which were the only grounds on which our planning applications were rejected. We now look forward to receiving a considered decision on our appeals by the Secretary of State for Communities and Local Government.

“We have heard some question the Secretary of State’s recovery of our appeal on the grounds that it diminishes local democracy. However our right to appeal is a fundamental part of that same democratic planning process available to every applicant.  This is the same democratic process which allows groups to seek judicial reviews of planning applications which have been granted by County Councils to Cuadrilla such as by West Sussex County Council at Balcombe and by Lancashire County Council for our seismic monitoring site application Roseacre Wood. The democratic planning process encompassing local and national decisions is something that is available to all and it is not for people to cherry pick just the parts that deliver the outcomes they like.

“The guidelines for costs applications and awards are distinctly different to the planning merits on which the appeals are reviewed. After careful consideration we have submitted a costs application for both of the appeals relating to our proposed Preston New Road (PNR) site.  We believe this is a proportionate request to what we consider to be irresponsible decision making by Lancashire councillors who disregarded both their Council officer’s expert technical planning advice and their own legal advice in deciding not to approve the Preston New Road applications.

“Whilst we believe we have outlined a very strong case against the negative planning decision regarding our proposed exploration at Roseacre Wood, and that the planning considerations are overwhelmingly in our favour, we have decided not to pursue costs for this appeal.  This is not because we think our case is any less strong than at Preston New Road but merely reflects the fact that  Lancashire County Council’s Development Control Committee had advice from their highways officers to reject our application in respect of perceived transport impacts from the proposal. Therefore following the planning guidelines on costs we have decided not to apply for costs.

“We recognise that onshore shale gas exploration still feels relatively new in the UK and we remain committed to demonstrating that fracking can and will be undertaken safely and in an environmentally responsible way, whilst minimising any temporary impact on local residents.  I am confident that we will demonstrate to Lancashire and the UK that shale gas exploration, which is a  national energy security imperative to explore for the natural gas to heat homes, also represents a very real opportunity for Lancashire to create much needed local jobs and significant local economic growth.” 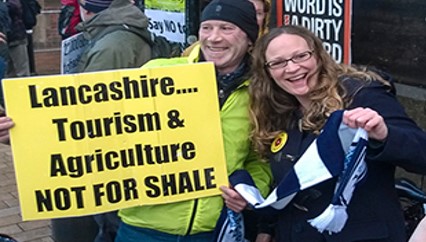 “The inquiry has heard compelling evidence from expert witnesses on issues including climate change, waste, public health, noise and transport – as well as over a hundred detailed testimonies from community members that clearly shows fracking in Lancashire is unacceptable for local communities and the environment.

“Parish councils, Fylde Borough Council and Lancashire County Council have all sad no to these plans, alongside thousands of local people and businesses.

“The government promised that local people would not be cut out and ignored – Greg Clark must not go back on this promises and force fracking on Lancashire.” 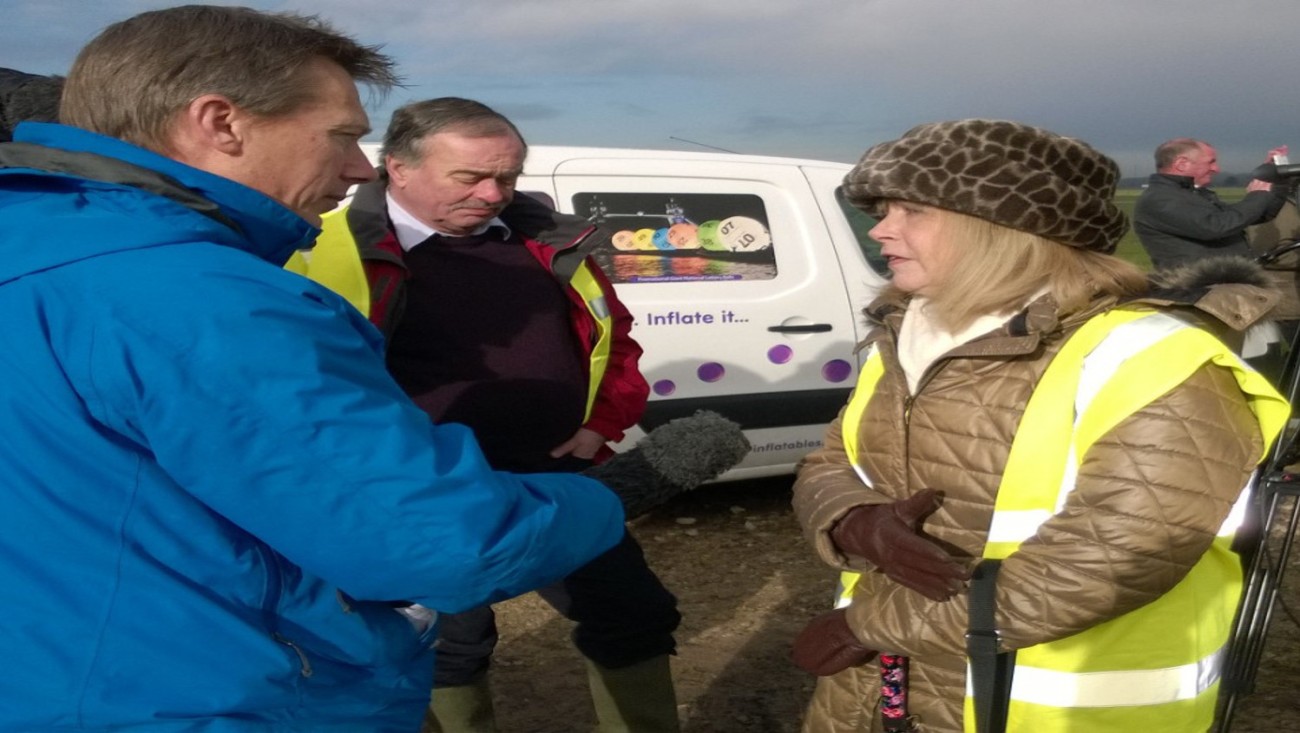 “Preston New Road Action Group is relieved to be at the end of this six-week public inquiry for Cuadrilla’s appeal against Lancashire County Council. Over the weeks, a vast amount of significant evidence and witness testimony was presented to planning inspector, Wendy McKay.

“We’ve been fully present throughout the last six weeks of the inquiry to ensure that at all times, the inspector was made aware of the strength of public opposition to this appeal. It is our view that Lancashire has spoken and the decision has been made by the most appropriate authority.

“Our elected councillors performed their role at last year’s hearings with individual and collective responsibility to their constituents and we should be proud of them.

“The main role at the inquiry fell to Lancashire County Council to defend their refusal decision. Our role at Preston New Road and Roseacre was to support the Council and add further weight and value to those arguments.

“Our friends at Friends of the Earth, as a key Role 6 party put forward tremendous compelling evidence on health and waste water radioactive material disposal. Serious concerns and questions remain unanswered. These questions, with the addition of climate change issues, are a crucial part of this decision.

“We rely on the inspector to again assess the evidence including this new evidence and proposed the dismissal of these appeals to the Secretary of State.

“Preston New Road is already on a strategic, legal path to ensure should this decision be overturned we will not stop until we obtain justice for our community. The voice of this community must and will be heard.” 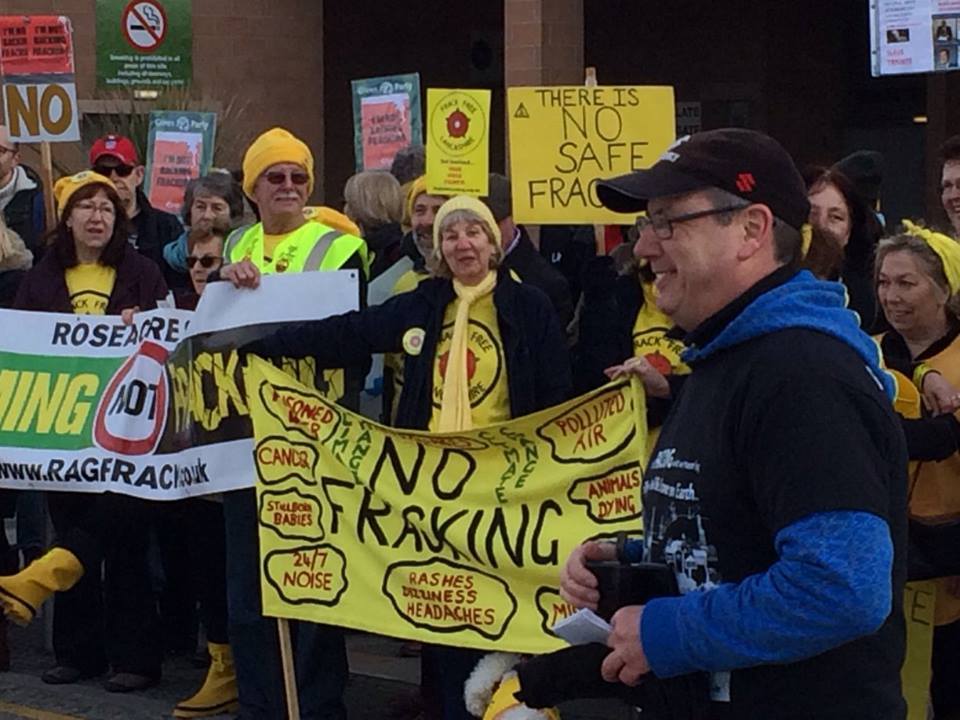 “Much has been learned about the heavy demands of the process and both the quality and quantity of the evidence which will be considered by the Inspector.

“On the first of these the most obvious impact has been the exposure of the Arup work as a catalogue of highly selective and skewed assessments in which they started with the conclusion (that the operation was acceptable and would do no harm) and worked backwards. Wrong British Standards were applied, traffic and pedestrian surveys lacked all statistical credibility and visualisations contrived to minimise impact. Arup Witnesses were forced to acknowledge or even distance themselves from their colleagues’ work.

“Only the commissioning of truly independent experts provided the robust response upon which the Inspector will be able to rely (none of our witnesses undertook to say what we wanted to hear, only to review Arup’s case and proceed therefrom) and we are immensely grateful to them. We are more grateful still to everyone who has contributed the funds we needed.

“My feeling is that we have exposed the full scale of both the shameful conclusions and the “demonstrable harm” which will be done not just to residents but to huge numbers of people who have queued up to testify that Roseacre Wood is both a valuable and much valued amenity in the heart of rural  Fylde.  We are very hopeful that the weight of our case has built on the massive concerns regarding the safety of the roads, the principal reason Lancashire refused the application. We believe The Appeal will fail and might will, for once, bow to right. 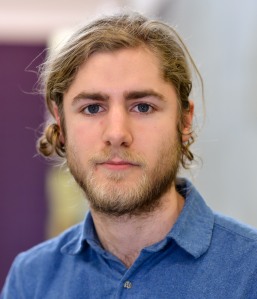 “All in all this was a serious, thorough and impressive exercise in scrutinising the planning issues arising from the applications under appeal – from barristers, experts and indeed members of the public. That level of scrutiny has revealed a series of issues with the applications concerning waste treatment capacity, scientific uncertainty over public health impacts, and the methods, standards and interpretations of noise, traffic  and landscape impacts. The weight or decisiveness of these issues is for others.

“But the most interesting questions arise where there is ambiguity over the extent of the remit of planning. Where there are issues that could plausibly arise, and that can be foreseen with reasonable clarity, but which may be overlooked on what can only be described as a technicality – because they may be deemed as either generally not planning issues, or specifically not material to these applications.

“The best example of this is the issue of waste treatment capacity and the assumption in favour of the proper and effective functioning of regulatory regimes, such as the EA. Is this an ‘irrebuttable presumption’ or does a planning decision maker have discretion to scrutinise the issue should they feel evidence before the Inquiry justifies them doing so? It is obviously sensible to not have the planning system and EA overlap in what they scrutinise – to do so would be a waste of time and resources. It is also obviously sensible to have planning decision makers to attend to issues that have not been thoroughly treated by the EA, or where there are suspicions that mistakes may have been made, and that have obvious land-use impacts.

“Wilful blindness or somnambulism are surely antithetical to planning. Which is presumably why it’s called planning, and not hoping or deferring or ignoring.” 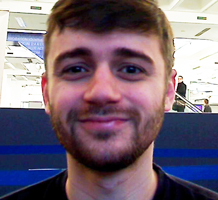 While not surprising, in that parties are pitted against each other in competition for a positive decision, the inherently contradictory nature of the government’s approach to planning has self-evidently exacerbated this conflict.

On the one hand, the government champions the localism agenda and purports to be the ‘greenest government ever’. Yet its key interventions in planning and around the practice of fracking have essentially paved the way for an entrenchment of the UK’s dependence on fossil fuel and an imposition of a form of development on a local population that has roundly rejected it.

The inquiry has seen this contradiction antagonise and galvanise local resident groups and Lancashire residents in an organised and impressive way, yet the lingering feeling from the way in which Cuadrilla conducted their case was that they did not expect local concerns to be given all that much weight. Given the government’s approach this is in no way surprising. This is perhaps the most concerning aspect of this inquiry process – that the way in which the planning process has been organised has given the impression that Cuadrilla’s success is a foregone conclusion.