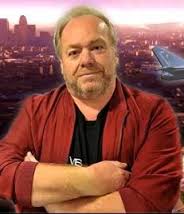 The evidence was revealed at the latest hearing in a long-running legal dispute between the campaigner, Ian Crane, and the oil company, Rathlin Energy.

Mr Crane referred to a statement signed by David Corcoran, described as a close protection officer working for the security and investigations company, Tutis Concepts.

In the statement, submitted in evidence by Rathlin Energy, Mr Corcoran, wrote:

“Mr Ian Crane is a well-known protestor and has been under surveillance in connection with protests against fracking. Through this surveillance, I became aware that Mr Crane was to be found in Preston, taking part in a protest.”

Mr Crane was seeking to set aside an order to pay more than £35,000 in costs.  The judge at the Royal Courts of Justice refused his application. He also awarded additional costs of £7,000 against Mr Crane for today’s hearing.

Rathlin Energy have asked us to point out that the close protection officer was employed only to serve papers, nothing more. A spokesperson said Rathlin Energy nor its staff had anything to do with any alleged surveillance.

The case dates back to 2014 when opponents of Rathlin Energy’s operations in East Yorkshire, built a structure called Crawberry Castle blocking the entrance of the company’s Crawberry Hill oil exploration site.

The company, which always said it had no plans to frack at Crawberry Hill, applied for permission in the High Court in London to remove the structure. Mr Crane and three other people asked the court to adjourn its decision and, because of local interest, move the case to Hull.

The judge at that hearing refused their request and granted a possession order. In July 2014, bailiffs removed Crawberry Castle. Rathlin Energy sought to recover costs and interest from Mr Crane and the three others.

Mr Crane, a broadcaster and speaker on fracking and the onshore oil and gas industry, told this morning’s hearing that the surveillance of him was not a legal activity. He said:

“I have never committed a crime or been arrested. I can imagine the media frenzy if David Montagu-Smith [Rathlin’s chairman] was under surveillance by an anti-fracking group”.

He accused Rathlin Energy of barratry, a legal term for repeated or persistent acts of litigation. He said papers had not been served on other people involved in the case.

“I have personally been targeted. I understand why that might be. I have never made any secret of my concerns about this industry. It is an attempt to neuter me and to curtail my activities.”

“With the benefit of hindsight, by putting myself as a named defendant was a mistake. We did not have the opportunity to get legal advice.”

Mr Crane said there had been an abuse of process in seeking the costs against him. He disputed the company’s account of when important documents had been served on him, including the default costs certificate which was the subject of today’s hearing.

“I was not motivated to participate and cooperate with Rathlin because I considered them to be operating with less than integrity.”

He accepted that in June last year he had been in Preston where Lancashire County Council was considering applications by Cuadrilla to frack at two sites. Mr Crane said an envelope had been placed on a park bench near where he was sitting but he had not opened it.

He accused Rathlin of breaching his rights under articles 10 and 11 of the Convention on Human Rights. He also said Mr Montagu Smith and the landowner, Philip Ellerington, had made misleading and inaccurate statements at the original possession hearing. Neither were in court today.

Deputy judge Isaacs said these issues did not help Mr Crane’s case. And Tom Shepherd, for Rathlin Energy, said he would not comment on the allegations. He said:

“They are wholly irrelevant. Nothing is admitted in that regard.”

Mr Shepherd said Mr Crane had been served the paperwork about the costs and his application to set aside the default costs certificate had not been made promptly.

Mr Isaacs said Mr Crane had a “deep sense of grievance” about the way he had been treated by the company. But he said there was no basis for the claim of an infringement of Mr Crane’s human rights. Mr Isaacs added that he was satisfied the documents had been properly served. Responding to Mr Crane’s argument that he had been singled out, the judge said that individuals were liable for all the costs.

“There is no reason why the default costs certificate should be set aside”.

Rathlin Energy sought costs of £7,898.40 for the hearing, which lasted about an hour. Mr Shepherd said this covered time needed to read documents submitted by Mr Crane. The judge reduced the costs to £7,000.

After the hearing Mr Crane said he was not shocked by the outcome. He said he should have appealed against the original possession order and would now “have to take the hit”. But he said it would not curtail his activities in seeking to raise awareness about the industry.

A formal bankruptcy application hearing has been set for Wednesday 4 May 2016.