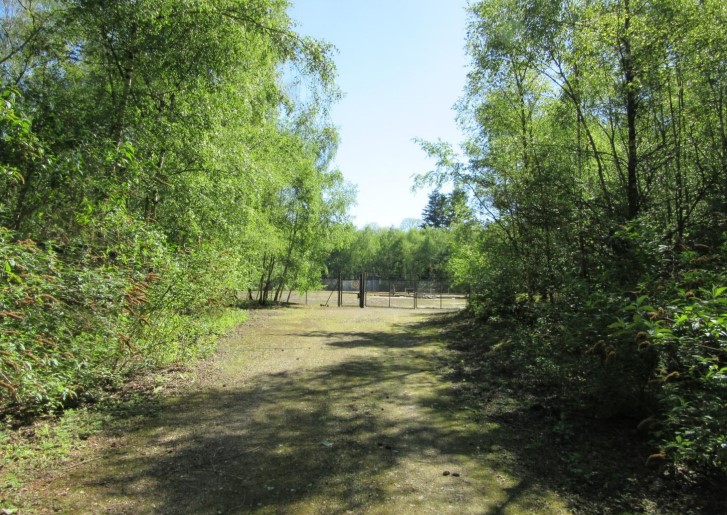 Councillors are being recommended to approve plans to produce gas at a site in the Surrey Hills Area of Outstanding Natural Beauty, despite predicted harm to the landscape and in breach of several planning policies.

The application has been made by IGas for its Albury Park gas site in the Green Belt near Guildford. The company wants to produce gas, compress it and remove it by tanker for 15 years.

If approved this would be the second hydrocarbon consent in the Surrey Hills Area of Outstanding Natural Beauty (AONB) in less than a year. In August 2015, a planning inspector approved plans by Europa to drill for oil at Bury Hill Wood (also called the Holmwood prospect) near Dorking. Details

The IGas application will be discussed by Surrey County Council’s planning committee on Wednesday 13 July. Agenda

A report by planning officers released today recommends approval of the scheme. But the report acknowledged the site was in a “particularly attractive part of the AONB” and the proposal would harm landscape character, be visually intrusive and infringe the prevailing tranquillity.

It also argued that the production of compressed natural gas was an industrial process which was “inappropriate development” in the Green Belt.

But in explaining their recommendation, the planners said:

The first planning application for gas exploration at Albury was granted in July 1987.

The site is in:

An area of high archaeological potential is 200m away. A public footpath is 190m away and the nearest properties are 220m-230m away.

Site preparation IGas proposes to spend three to four months preparing the site, including widening the access track to create car parking. This phase will require 15 vehicle movements in and 15 out each day. Of these, five in and five out would be heavy goods vehicles (HGVs). Working hours would be 8am-6pm Monday to Friday and 8am-1pm on Saturdays.

Installation of plant and equipment The company wants to use a 31m truck-mounted rig to upgrade an existing well and bring it into production. This would take about four weeks and would not involve drilling or hydraulic fracturing, the company said. A flare would burn off gas, running for up to seven days. The company would also install facilities to compress the gas to 1% of its volume.

Operational period According to IGas, the well is forecast to produce 20 tonnes of compressed natural gas per day. This would be loaded every day onto two tankers (taking up to 10 hours) and transported to the Portsdown Hill facility in Hampshire. IGas said this was a more cost-efficient and sustainable option than converting the gas to liquefied natural gas (LNG), which had been approved previously at Albury. Some gas from the well would be used to generate electricity for the site. Work during the operational phase would be 24-hours a day, seven days a week.

According to the planners’ report, there were 37 letters about the application, of which one supported it. The others raised concerns about issues including air quality, health impacts of flaring and from generator, increase in lorry movements, safety implications of this, implications for climate change, noise, light pollution and amenity use.

The planners said there were no objections from Guildford Borough Council, Albury Parish Council or technical consultees.

The Surrey Hills AONB Office said the proposal conflicted with national planning policy, would cause “significant harm to the AONB” and threatened the tranquillity of the area.

Planning applications have to be decided against national and local planning policy. The officers’ report suggests the IGas proposals conflict with policies in the:

The planners defined the proposal as a “major development”. Under the NPPF paragraph 116, planning permission should be refused for major developments in AONBs except in exceptional circumstances and where it can be demonstrated they are in the public interest.

They accepted the development would have:

“some detrimental effect on the landscape and would not enhance the natural beauty of the AONB during either the construction or operational period.”

They said the proposal amounted to “significant harm” to the Green Belt by encroaching on openness. It also breached policies designed to protect the AONB in the Surrey Minerals Plan and Guildford Local Plan, the planners said.

The Surrey Minerals Plan policies MC2 and MC14 state that minerals developments in the AONB can be approved only if they have been demonstrated to be in the public interest, there is a need for them and there will be no significant adverse impacts on the appearance, quality and character of the landscape.

Policies RE5 and RE6 in the Guildford Local Plan seek to conserve the visual quality or distinctive character of the AONB. Policy RE2 states that new building would be inappropriate unless it prevents sprawl, reserves character or assists urban regeneration.

The scheme would, the planners say, also harm ancient woodland by creating car parking on the access track. The NPPF says loss or deterioration of irreplaceable habitats, such as ancient woodland has to be outweighed by benefits.

In the scheme’s defence, the planners argued there were exceptional and special circumstances that justified approval. These included:

The planners said the loss of ancient woodland was unavoidable and “clearly overcome by the social and economic benefits of husbanding the indigenous natural resource”. They added:

“There is no reason to believe that high environmental standards cannot be maintained during the period proposed.”

Planners have recommended 44 conditions on the permission. These include operating hours, prevention of HGV movements during school drop-off and collection times, night-time noise limits, a duration of no more than 15 years from the date of implanting the permission and measures to control dust, and surface contamination.

Planners’ report to the committee