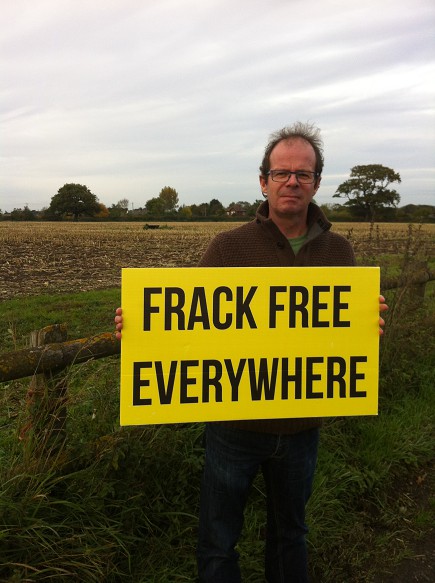 A campaigner against fracking has won the right to challenge the government’s decision to allow more time for shale gas drilling near his home.

Ben Dean, from Cheshire, has argued that the variation of the terms of his local petroleum exploration and development licence (PEDL) was unlawful.

This lunchtime, Mrs Justice Lang, sitting at the Royal Courts of Justice in London, allowed the case to go to a judicial review.

She also ruled that Mr Dean’s costs would be limited under the Aarhus Convention to £5,000 if he lost.

The extension to PEDL189, granted on 30 June 2016, gave the licence holder, Dart Energy (West England) Ltd, another two years to drill and potentially to frack.

Mr Dean’s case is that then Energy Secretary did not have the power to grant this extension. This was opposed by lawyers for the government and the licence holder, Dart Energy (West England) Ltd, a subsidiary of IGas.

The permission to go to a full hearing could have implications for a number of other PEDL licence across England which were extended at the same time for similar reasons.

PEDL licences give exclusive right to an oil and gas company to explore for, or produce, hydrocarbons, subject to planning and environmental permissions.

PEDL189 was licensed in 2008 to Dart Energy. Under the conditions of the licence, the initial term – during which exploration is carried out – should have ended after five years in 2013.

The government varied the condition in 2013 to add another three years to the initial term.

According to government data, only five of the 13 required wells were drilled during this time in these licences. But in June 2016, the Oil and Gas Authority, under the power of the Secretary of State, still extended the initial term for a second time to 2018.

As well as PEDL 189, the initial terms of 13 other licences were extended, 10 for two years and three for one year.