INEOS, which has previously said it has no intention of shale gas exploration in the forest, described Friends of the Earth’s claim as “entirely false”. It accused the organisation of “increasingly erratic pronouncements” and “an attempt to create fake news”. Friends of the Earth said it had thoroughly investigated the facts.

So who is right? The answer seems to lie in your definition of Sherwood Forest – and Friends of the Earth and INEOS have different definitions.

Here’s what is undisputed:

“No fracking in the forest”

“INEOS Shale is not fracking in Sherwood Forest.”

In a recent two-page advert in local papers, the company said:

“Despite what people may have read or heard, we have no intention of placing drilling rigs for shale wells inside the forest now or in the future”.

But Friends of the Earth said email correspondence between the land agent, FGP, and the Forestry Commission confirmed that INEOS was considering land on the western edge of Sherwood Forest.

The email, released in response to a Freedom of Information request, included the map above marking two rectangular sites at The Lings, near Clipstone, between Edwinstowe and Market Warsop. Link to email

The email is headed: INEOS UPSTREAM LTD – PROPOSED WELL SITE- THE LINGS AT CLIPSTONE LAND OWNED BY [REDACTED] RENTED BY THE FORESTRY COMMISSION.

“If you have time, please have a look at the attached before tomorrow.

“I could not email this to you before now as I needed to meet with [REDACTED] and his agent first for them to approve sending this to you”.

“The world’s most famous forest”

“We already knew INEOS wanted to explore for shale gas in Sherwood Forest by carrying out seismic surveys – now, despite their assurances, we see they want to drill there, too.

“INEOS appear to have no qualms about drilling in what they call ‘arguably the most famous forest in the world’, and they are prepared to mislead communities about their intentions to get what they want.”

“Our concerns around fracking in this area have been confirmed by INEOS themselves.

“My hope is that now the general public can see the constant discrepancies that are being put forward by INEOS, they will research for themselves how this will affect our community.”

INEOS told DrillOrDrop that Friends of the Earth had “completely misrepresented the location of two potential well sites”.

“As INEOS has previously made clear, there are no plans to drill in Sherwood Forest and nothing in the documents released today contradicts that.”

“Today’s contributions from FOE can only be described as an attempt to create fake news.”

Is The Lings in Sherwood Forest? 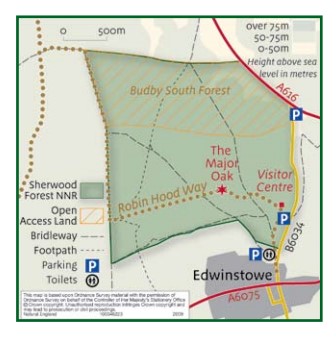 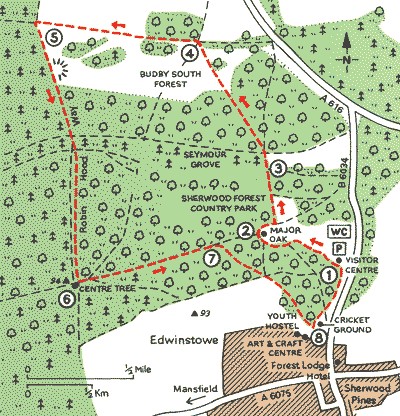 But the sites are, as Friends of the Earth says, within the boundary of the proposed Sherwood Forest Regional Park and an area identified as “The Heart of the Forest” or “Heart of Sherwood”. 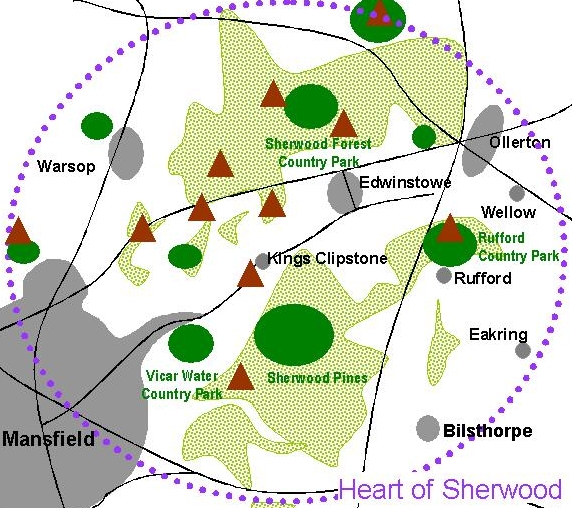 Friends of the Earth is also correct to say that the sites are within the historic extent of Sherwood Forest. 800 years ago, according to the Sherwood Forest Trust, the woods and heathlands covered 46,900 hectares, stretching from Worksop to the city of Nottingham. 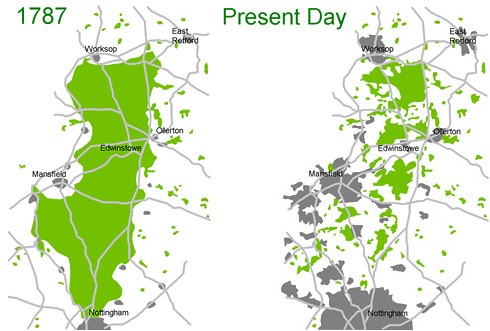 The organisation said current OS maps indicate that The Lings is in an area named as Sherwood Forest.

But INEOS rejected Friends of the Earth’s argument. In response to a question from DrillOrDrop, the company said:

“The proposed Sherwood Forest Regional Park has a very broad catchment area including agricultural and industrial areas and even cities. The “Heart of the Forest” also appears to be a wide circle drawn around a mixed landscape area both within and outside the confines of Sherwood Forest.

“Although the potential well site you asked about does sit within those two named areas I don’t believe Friends of the Earth are making a relevant or credible point by referencing them. Areas with environmental designations are identified and excluded as part of our site screening process.”

Guy Shrubsole, of Friends of the Earth, responded:

“Damned by their own documents, INEOS have resorted to alleging ‘fake news’. What we’ve uncovered is the very opposite: the result of thoroughly investigating the facts. It is actually just called news, however unwelcome for INEOS.

“Their response does however confirm their ongoing intention to drill for shale gas at The Lings – an area that a council-commissioned report states lies within ‘the Heart of Sherwood Forest’.”

INEOS would not comment on the status of the discussions about the potential sites “for reasons of commercial confidentiality”.

But a spokesperson said:

“INEOS Shale is currently at the beginning of the process of consulting with local people on drilling locations in England. This involves hearing a multitude of different viewpoints from all sections of society including FOE. As part of this we have offered to meet with Friends of the Earth on numerous occasions to discuss the facts around our operations. This would also give us the opportunity to ask them the question, since they have endorsed the use of natural gas as a bridging fuel towards a renewable energy future, where this gas will come from?”