Guest post by Russell Scott: Are bonds for shale gas sites worth the paper they’re written on? 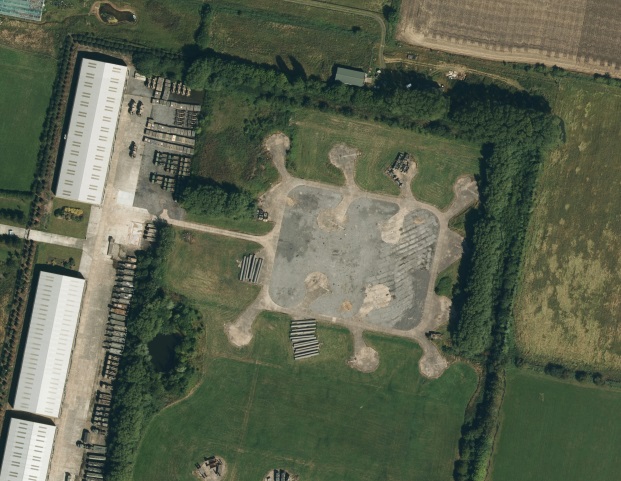 As councillors in Nottinghamshire prepare to consider a financial guarantee for what could be county’s second shale gas site, researcher and anti-fracking campaigner, Russell Scott, asks can bonds protect communities and do they risk setting a dangerous precedent?

Correspondence released following a Freedom of Information request showed that a financial bond for the IGas site at Springs Road, Misson, in Nottinghamshire, has been set at £650,000. (More details)

Councillors on Nottinghamshire’s planning and licensing committee required the bond as a condition of planning consent – but is the value high enough and does it cover every scenario?

During the planning consultation stage for IGas’s application at Springs Road several consultees, including groups such as Campaign to Protect Rural England (CPRE) and Frack Free Notts (FFN), flagged up the importance of a robust financial guarantee to cover the cost of restoration and aftercare in the event that IGas went bust or could not meet its financial obligations.

The documentd released under the Freedom of Information Act suggested that IGas was willing to take out an insurance policy up to the value of £650,000 to cover ‘Abandonment, Decommissioning and Restoration’. The current proposal excluded ‘after-care’ and made no reference to providing cover for unforeseen issues, such as a cleaning up contamination or compensating residents affected by any such occurrence.

The omission of ‘after care’ from the proposals and the lack of clarity on financial cover for contamination events is likely to concern residents near the Misson site.

In the USA there have been numerous examples of the fracking industry causing large scale contamination and damage. Four typical examples are provided below, and include fines being imposed on fracking firms ranging in cost from $2million up to $10million.

In 2014 American firm Range Resources was fined $4.15 million by the Pennsylvania Department of Environmental Protection (DEP) for polluting soil and groundwater.

In 2016 The Environmental Protection Agency fined North Dakota fracking company Slawson Exploration Co $2.1 million for contributing to smog. According to reports, the EPA said the company, the largest oil producer in the Midwest, did not install the necessary pollution controls at its nearly 200 oil storage locations in the state.

Also in 2016, the DEP fined US drilling company Rice Energy  $3.5M for violations related to its well sites and pipelines.

These substantial penalties raise a legitimate concern in Nottinghamshire. Should there be problems with an IGas site and should the company go out of business, the proposed ‘restoration bond’ isn’t likely to provide financial cover for the local community or NCC. Even if the IGas bond did cover such an event, is £650,000 likely to be sufficient? Based on the US experience this is doubtful?

In December 2016, IGas announced it was in talks with a potential strategic investor as it headed towards a predicted failure to meet its financial obligations. Early in 2017 it was confirmed that private equity company, Kerogen Capital, was set to invest $35m in IGas. But the share price continued to slide.

Last week, IGas announced final terms for a proposed capital restructuring. The company this would reduce debt from US$122m to not more than US$10m by cancelling all the unsecured and part of the secured bonds.

The financial stability of IGas was also flagged up by anti-fracking group Frack Free Notts (FFN),which raised the issue with NCC during the consultation of IGas’ Spring Road planning application. The group noted:

“..its revenues have also been reduced by the fall in global oil prices and it has been operating at a loss. There are questions whether it can sustain such losses for the several years that it would take to move to commercial production of shale gas, even on IGas’ most optimistic scenario. This is reflected in a steady collapse of IGas’ share price”

“If anything goes wrong,. given the questions over IGas’ financial integrity, it cannot be assumed that the company would be able to meet the cost of any unforeseen damages”

Over in the US, dozens of fracking firms have gone bust since 2015. Greenpeace Energy desk wrote:

“US frackers are being pushed to the brink of bankruptcy by the low oil price, Forty two firms went bust in 2015 as industry debt topped $17 billion and the Baker Hughes rig count fell by more than 60%. Experts have warned further bankruptcies could leave wells across the country orphaned and environmentally hazardous.”

Next step for NCC

Two issues about the bond still need to be addressed by both Nottinghamshire County Council and IGas:

If these details aren’t resolved the ‘restoration bond’ probably isn’t worth the paper it’s printed on and may mean a dangerous precedent has been set.