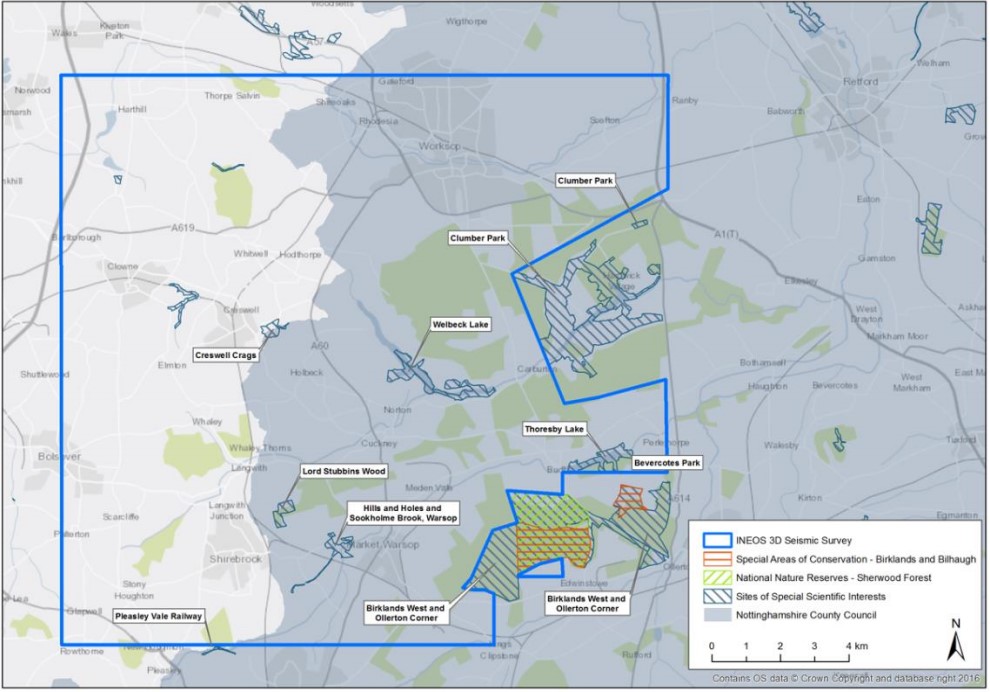 INEOS is expected to begin surveying this month across 250km2, covering parts of Nottinghamshire, Derbyshire and Rotherham Metropolitan Borough. It said the work would give a better understanding of rock formations which may contain shale gas. And this would help identify future sites for shale gas development.

In a letter to INEOS released today, the council said it required extra controls on the surveys. These include:

Seismic surveying works by creating soundwaves into the ground and recording how they return. The soundwaves are created at source or shot points by either detonating small underground explosive charges or by a vibroseis machine. The vibrations travel through rock layers and where the rock type changes they are reflected back to the surface. Microphones at the receiver points record how the soundwaves travel.

The council has already said no surveying would be carried out within 50m of any scheduled monuments in Nottinghamshire.

INEOS has also confirmed that no seismic surveying will take place in:

INEOS’s surveys are expected to last up to six months. Companies that want to carry out longer-term seismic surveys must notify the mineral planning authority 28 days before the work starts. But formal planning permission is not usually needed because under planning rules seismic surveying counts as “permitted development”.

“We have worked with a number of partner organisations and in consultation with INEOS to identify sites and circumstances where restrictions should be applied.

“We are satisfied that these new restrictions, together with those initially proposed by INEOS, mean the survey can proceed as ‘permitted development’, within the classifications set by Government.” 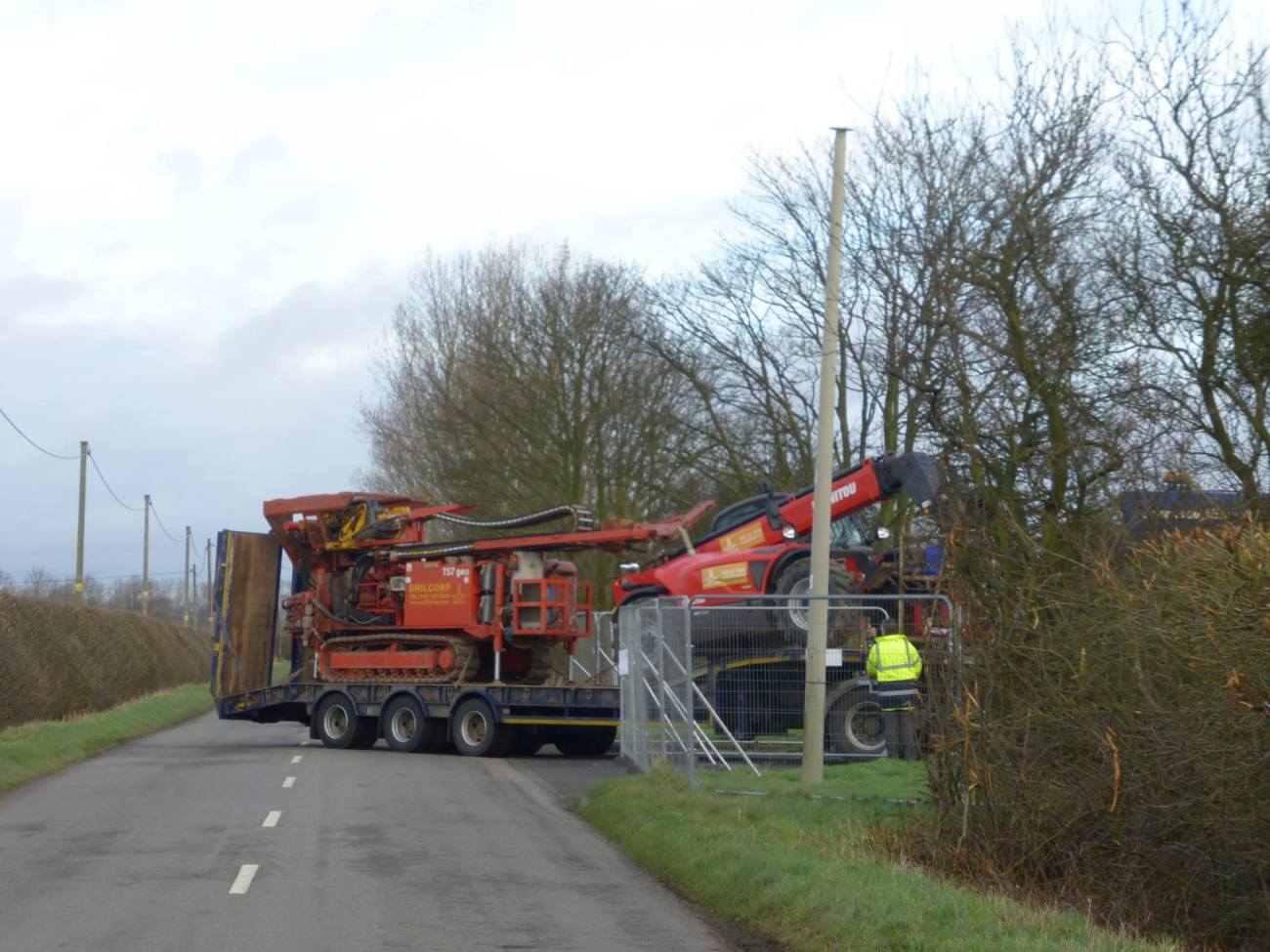 The entrance to Springs Road, Misson

The documents, known as Section 106 agreements, were a condition of planning permissions granted by the council and were finalised on 24 May.

The Misson agreement runs to 71 pages and took six months to finalise. It includes:

On the restoration bond, work cannot start until the first deposit of £120,000 has been made. A second payment of £290,000 must be made before vertical drilling can start and horizontal drilling cannot begin until after the final payment of £240,000.

On the designated lorry route, companies face a suspension of their contract of not less than five working days after three breaches and termination of the contract after four breaches. However, the obligations do not apply in what are called “emergency circumstances” if the operator notifies the council.

IGas has agreed to pay council costs of drawing up the agreement up to £3,250.

The Tinker Lane agreement is 58 pages long and, like Misson, includes a designated lorry route, driver code of conduct, financial bond and establishment of a liaison group.

The restoration bond for Tinker Lane is £183,000 and payment is required before work can begin at the site. The agreement includes the same sanctions on hauliers who do not follow the designated lorry route. IGas agreed to pay legal costs of up to £1,500.