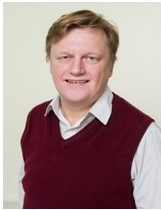 Tributes have been paid to the climate change campaigner and supporter of shale gas, Stephen Tindale, who’s death was announced today.

Stephen Tindale was the co-founder of Climate Answers and from 2000-2005 the executive director of Greenpeace UK. He was an adviser to the industry-funded Shale Gas Task Force and since November last year a consultant to INEOS Shale. He argued that shale gas was necessary for decarbonisation.

“We are saddened to learn of the passing of Stephen Tindale and our thoughts are with his family. His insight and thoughtful approach to the issues surrounding climate change and the realities of the world we live in will be missed by our team and many others.”

A Facebook group in Stephen Tindale’s memory said he took his own life after suffering from severe depression.

“We were very sad to hear that our former Executive Director, Stephen Tindale, died at the weekend. Our thoughts are with his family”.

Tony Bosworth, energy campaigner of Friends of the Earth, said:

“Shocked to hear the sad news of the death of former colleague Stephen Tindale. We didn’t always agree but it was always good to see him. RIP.”

“We are shocked and saddened to hear the news that Stephen Tindale has passed away. Our deepest sympathies go to his loved ones at this difficult time.

“Stephen was an outspoken advocate of a number of energy technologies and was passionate about bridging the gap between two very different groups of views. For that we will be always grateful and hope those groups together can learn from his lead.”

Shale gas commentator and would-be driller Nick Grealy described the news as “shocking” and Lee Pets, managing director of the environmental consultancy, Remsol, said Stephen Tindale was “a voice of reason in the debate about sustainability”.

“Shale is a necessary part of decarbonisation”

At a parliamentary meeting in November 2016, Stephen Tindale argued that shale was a necessary part of decarbonisation:

“Shale gas is a fossil fuel yes, but not all fossil fuels are as bad as each other”.

“One of the reasons I thought it was appropriate for me to try to speak out was because I think too many of the green movement are ignoring the human rights argument but also ignoring the potential role of gas in reducing emissions and the issue of whether shale gas is used in electricity generation is not as bad as coal.”

“By all accounts we had a lively discussion. We both agreed on the global importance of cutting carbon emissions and further the need to protect human rights.  Our views did differ on the best available transition pathway.  But even then we reached agreement that the final end game should be a 100 per cent renewables future.“Stephen was a formidable and passionate opponent.  Being a true professional he continued the conversation forward for many months afterwards.  This proved very beneficial for me personally and also my energy students at the Robert Gordon University, Aberdeen. Thank you again Stephen.”

DrillOrDrop report on the debate