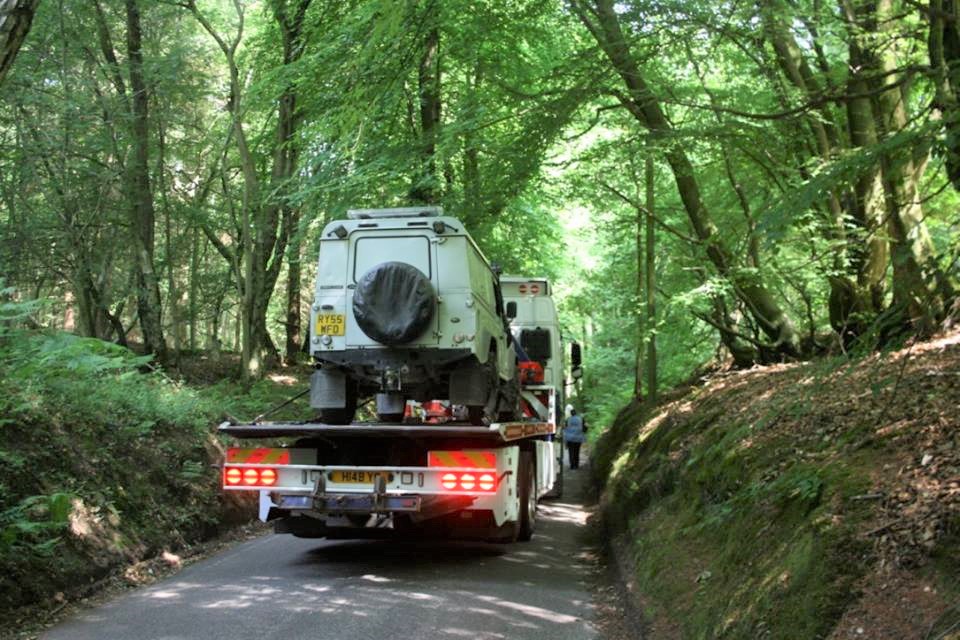 As cyclists prepare to take part in the Prudential 100 cycle event in Surrey, opponents of oil exploration near the Leith Hill beauty spot have warned of a serious risk to riders in future.

The competitors will be cycling on closed roads on Sunday (30 July) but local campaign groups, Leith Hill Action Group and Voice for Leith Hill, say in coming weeks part of the route will be shared with lorries up to 50ft long.

Europa Oil & Gas has planning permission for an exploratory oil well at Bury Hill Wood on the side of Leith Hill. A Traffic Management Scheme, required as condition of the consent, will be discussed by Surrey County Councillors on Wednesday (2 August 2017).

The Traffic Management Scheme (TMS) routes deliveries to the site along Coldharbour Lane, which in parts is narrow, winding, hilly and lined with steep banks. For much of its three miles it is too narrow for a single car to pass safely a single cyclist. It is classified as “Not suitable for HGVs” [heavy goods vehicles].

“The TMS will put at risk the lives of the many thousands of amateur riders who use this route throughout the year.”

Surrey County Council has received 363 comments on the TMS – all of them objections. But council planning officers have recommended approval.  They concluded:

“It is considered that whilst this is a complex traffic management scheme, it is the only practical way of getting HGV vehicles to the site, given the constraints of the highway network.”

But planning officers have urged councillors to ignore this recommendation. In a report to next week’s meeting, they said:

“Officers are concerned that should an HGV be made to stop every time it encountered a cyclist on Coldharbour Lane … this could cause delay and also confusion to not only the HGV convoy but also any traffic behind the HGV convoy”.

Instead, officers propose that a card should be issued saying:

“Drivers should be aware and alert to cyclists travelling on Coldharbour Lane”.

Another recommendation of the safety audit was to:

“Provide signing specifically advising cyclists to wait for the signal to go.”

But officers have said:

“No specific signage is to be provided for cyclists waiting for the signal to go as it is considered that the proposal already involves a large number of signs and adding further signs that are specifically for cyclists may add confusion to motorists”.