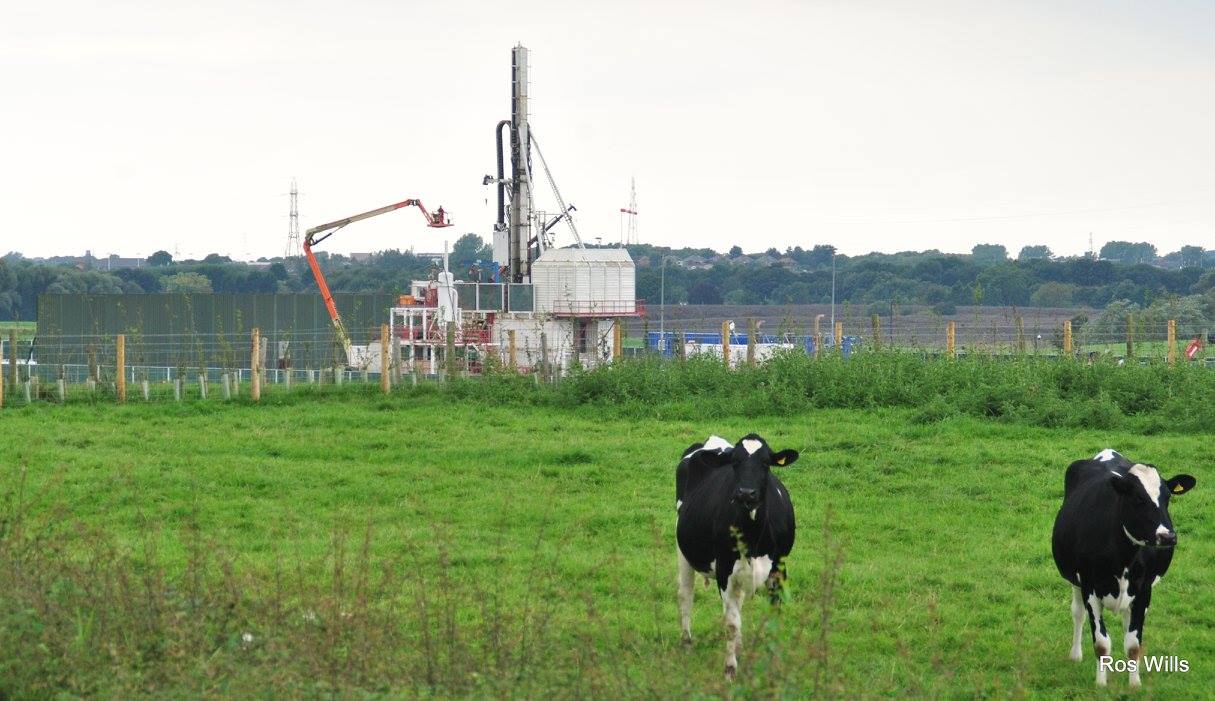 David Smythe (left), former chair of geophysics at Glasgow University, and Stuart Haszeldine, Professor of Carbon Capture and Storage at Edinburgh University, said in a letter to the journal:

“We are concerned that fracking of unconventional oil and gas formations risks being classed as conventional hydrocarbon exploration, a relatively insignificant and unobtrusive cottage industry in the United Kingdom.”

The issue centres on government definitions, which the two scientists argue “have little rational or scientific basis”.

In the UK, high volume hydraulic fracturing (HVHF) was defined in the Infrastructure Act based on the volume of fluid used: 1,000m3 per fracking stage or 10,000m3 in total. At these volumes, higher than those commonly used in the US, legal controls on fracking apply.

Since the Infrastructure Act became law, there have been questions over this definition based on volume.

Professor Haszeldine told The Guardian last year that analysis of more than 17,000 gas wells fracked in the US from 2000-2010 showed that 43% would not be defined as fracking under UK rules. Of 4,500 US fracked oil wells, 89% would not be covered by the UK definition.

Ministers have denied that companies would try to get round the rules by reducing the volume of fracking fluid. Speaking in October 2015, the then Energy Minister, Andrea Leadsom, said:

“That absolutely would not be in anyone’s interests to play games like that. That would be an appalling thing to do. I would absolutely not permit that sort of game-playing to happen. There will be a very clear definition.”

“It won’t be the case that you can simply flout the rules by having a litre or two less of water. That will not be the case I can assure you of that.”

“If the government were as serious as they claim to be about regulating fracking, they would have chosen a definition of this technique that reflects what actually goes on at many drilling sites.”

In their letter today, David Smythe and Stuart Haszeldine raised the prospect that in parts of the UK operators could use hydraulic fracturing but avoid the obligations by keeping fluid volumes to below 10,000m3 per well and using the confusion around definitions of what is an “conventional” and “unconventional” formation.

The Oil and Gas Authority, which regulates the industry for the government, said in a Freedom of Information response:

The British Geological Survey, in response to questions from a researcher, said:

“Depending on local geological conditions, economics and drilling methods, sandstone or limestone could be interpreted as conventional or unconventional, or tight or not tight”.

This is a key issue in the Weald Basin in southern England where UK Oil and Gas (UKOG), Angus Energy and Europa are seeking to explore for oil in the ‘tight’ Kimmeridge limestones.

Angus, for example, has described its Kimmeridge limestone exploration plans at Brockham near Dorking in Surrey as “conventional”. UKOG describes itself as “a conventional oil and gas company” with a mandate to “only recover oil and gas by conventional recovery methods”. Both companies have said they do not need to use hydraulic fracturing.

In their letter, the scientists said the sites in the Weald were currently registered as conventional, because the operators were testing thin limestone layers and were not yet fracking. But they said:

“Assuming the UK licensees start HVHF, they can then in principle claim that it is conventional hydrocarbon production by keeping the fracking fluid volume to less than 10,000m3 per well, which would evade environmental obligations specified in the 2015 UK Infrastructure Act.”

The North Yorkshire draft minerals plan has attempted to tackle the issue of definition by volume. It has developed a new definition of hydraulic fracturing:

“The fracturing of rock under hydraulic pressure regardless of the volume of fracture fluid used.”

But the plan faced opposition in its draft form from INEOS, Third Energy, Egdon Resources, the services company Zetland Group and the industry body UKOOG. It is expected to be opposed by the industry when it is considered by a government-appointed inspector.

“We would like to clarify some assumptions made in this article.

“The US data used in this report is per well whilst the lower limit of 1000 cubic metres in the Infrastructure Act 2015 is per stage of fracturing and so is therefore not directly comparable. We do not know how many stages are included in the US data and therefore cannot extract per stage data.

“In the Weald Basin the Kimmeridge limestone is naturally fractured and the operators have put forward no plans to use hydraulic fracturing technology.

“The suggestion that onshore oil and gas producers would “evade” environmental obligations by taking advantage of the wording of the Infrastructure Act 2015 is, put simply, untrue.”