The petition, hosted by Ellesmere Port Frack Free, was launched as the public consultation on the planning application entered its final week.

At the time of writing, 467 people had signed the petition. Three local Labour MPs have reaffirmed their opposition to fracking following the publication of the application.

IGas drilled the well at Portside North in 2014, after being granted permission to explore and produce coal bed methane.

DrillOrDrop reported earlier this month on a dispute between the company and Cheshire West and Chester Council over the permitted depth of the well.

The council said the well had approval to be drilled to 900m, the depth of coal measures. But the company said this was a minimum depth and confirmed that the well reached the shale layers at 1,949m, more than 1,000m deeper.

IGas said it now wants to test the potential for gas production in the Pentre Chert rock formation, a sedimentary rock formed from silicon dioxide, found at a depth of 1,795m-1,849m.

If approved, the scheme would involve at least 88 days of flaring and a total of nearly 500 heavy goods vehicle movements.

Cheshire West and Chester Council (CWAC) said the public consultation on the application closes on 31 August 2017 but it will consider comments made up to the date of the decision.

DrillOrDrop understands the application is not expected to be discussed by the CWAC planning committee earlier than its meeting on 10 October 2017.

IGas said in its application:

“This proposal accords with relevant national and local planning policies. The UK Government supports the appraisal of indigenous oil and gas reserves to maintain security of supply.

“The Applicant concludes that any impacts associated with this proposal will be negligible and short in duration”.

The company said it was not seeking permission to frack and that the Pentre Chert was not shale.

“Exploratory drilling and well testing is a hazardous process. It is the precursor to full scale gas production using high volume fracking and would lead to the further development of numerous other sites throughout Cheshire and the region as a whole.

“The consequences of fracking include the industrialisation of the surrounding countryside, negative impacts on health, increased risk of water and land contamination, a further increase in already poor air quality, considerable increases in HGV movements, additional use of precious resources such as water, and the advancement of climate change.

“It is a short-term industry that brings long term negative impacts to the communities who are forced to live with it.

“We demand that all those involved in the decision-making process take seriously the growing and damning evidence in relation to fracking and the negative health, environmental and climate change impacts that it brings. We also condemn any misinterpretation or misrepresentation by any party or body of the planning process which allows due process to be accelerated or bypassed to bring an unwanted and unnecessary industry into our communities.” 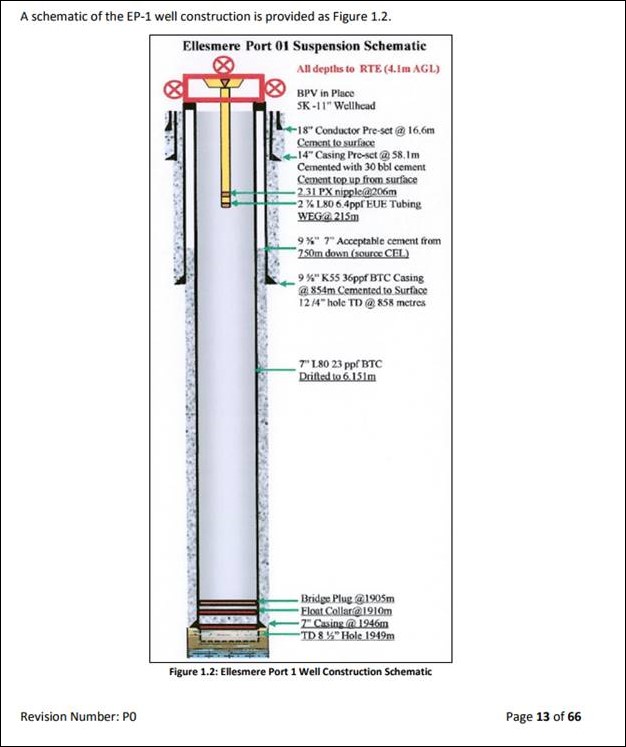 Details of the application

The information in this section is collated from the planning application and from information provided by Frack Free Dee.

Proposal: To mobilise well test equipment, including a workover rig and associated equipment, to the existing wellsite to perform a workover, drill stem test and extended well test of the hydrocarbons encountered during the drilling of the EP1 well, followed by well suspension. The proposal does not involve drilling or deepening the existing well or hydraulic fracturing

Planning history of the site

October 2009
Nexon Exporation applied to CWAC for permission for two exploratory boreholes for coal bed hydrocarbon appraisal and production. It was assessed as non-EIA development

Stages of the proposed operations

DST is a short test to provide an initial analysis of hydrocarbon composition and flow characteristics. Well completion is the process of installing downhole equipment into the well in order to allow hydrocarbons to flow from the Pentre Chert formation into the well. This stage requires a 33m workover rig, 12.2m flare and four portable lighting towers

Demobilisation of workover rig will require another 90 HGV movements.

The EWT analyses the flow characteristics of hydrocarbons over longer time. It uses similar equipment to the DST but the 12.2m flare is replaced by an 8.2m flare and requires three portable lighting towers.

IGas said traffic traveling to the wellsite would be routed along Merseyton Road, Portside North and then turn right into the wellsite.

“The wellsite is located on an industrial area and the modest short term increase in HGV movements should not have any effect on normal traffic flows along Portside North. A banksman will be present on site during the operations and will ensure traffic moves freely from the site. The traffic impact of the proposed development should not be severe and, as such, is not be expected to have a detrimental impact on road safety, or highway capacity.”

IGas said it had visited or informed local businesses, local councillors and the MP. A drop-in event was also held at the Holiday Inn, Ellesmere Port, last week.

IGas said an updated survey concluded that “the proposed development will not result in any significant effects on ecology”. Frack Free Dee said the site was 270m from the Mersey Estuary Site of Special Scientific Interest.

IGas said during the 14-day flaring period of the DST predicted noise levels would exceed the threshold for significant effect at two locations.  The company said noise would be reduced by restricted flow to the flare. There would be a programme of noise monitoring, it said.

The biggest visual impact will be when the workover rig and flare are on site, IGas said. It added:

“The existing wellsite benefits from its location within an established industrial area surrounded by large industrial units with typical heights in excess of 10m. The mature landscaping to the side of the port railway line also provides natural screening for the site, as does mature screening to the south and part of the eastern boundaries.”

For people living nearby, the company said:

“there is no adverse impact on amenity as a result of the proposal”.

The wellsite is above the Sherwood Sandstone principal aquifer with a high groundwater vulnerability. It is, however, not in a groundwater protection zone and there are no licensed groundwater abstraction sites within 1km, IGas said.

IGas said an air quality impact assessment found that the maximum predicted environmental concentrations were below the standards for human health. But Frack Free Dee says Ellesmere Port has already been registered as an Air Quality Management Area because of significant levels of air pollution.

Formation water from the well tests would be transported for treatment offsite, the company said.

“The proposed development on the existing wellsite within an industrial area, will have no adverse impact on human health.”