Council officials are investigating how a gas well in Cheshire was drilled to a depth more than double that referred to in the planning consent.

Cheshire West and Chester Council said the IGas well at Ellesmere Port had planning approval to explore for coal bed methane at a depth of about 900m. 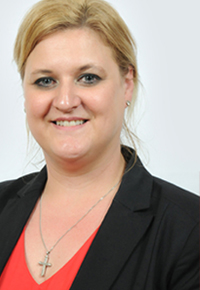 But the company has confirmed that the well was drilled in 2014 to more than 1,900m.

The council, which issued the original planning permission, told DrillOrDrop today it had asked IGas to explain why it drilled to that depth and under what permission.

The cabinet member for environment, Cllr Karen Shore, (right) said the council had been investigating a “discrepancy between the depth of the well that had been approved and the actual depth drilled to by IGas”.

“As part of our investigations we requested further information from IGas and we’ve now received confirmation from their agent that they have drilled to a depth of 1,949 metres – more than 1,000 metres deeper than the planning approval allows.

“We have requested that IGas explain their actions and advise what confirmation they believe they had to drill to such a depth.

“We have contacted both the Health and Safety Executive and the Environment Agency to confirm that the relevant well audits, examinations and permits have considered such a depth. HSE have advised that their specialists are looking into it.

“Once we receive responses from IGas, the HSE and the EA we will consider what action we can take and seek further legal advice.”

IGas said this evening that the permitted well depth of 900m was a minimum, not a maximum.

But the company’s critics dismissed this, saying the planning application for the well clearly stated an average depth of 900m. Matt Bryan, a Labour councillor, on Cheshire West and Chester Council, said IGas had “no respect for democracy or planning law”.

The Environment Agency confirmed that IGas had complied with its environment permit on well depth. And the Health and Safety Executive told DrillOrDrop the depth of the well was consistent with the information from the operator before the well was drilled and in weekly reports during drilling.

But Colin Watson, Chair of Cheshire West and Chester Green Party, said the case showed that regulators do not work together. See more comments from IGas and its critics in the Comments section of this post.

The disparity over well depths came to light last month when IGas applied to Cheshire West and Chester Council (CWAC) for permission to carry out a flow test on the Ellesmere Port well.

The documents submitted with the new application included a diagram of the well, known as EP-1, which showed the total depth at 1,949m: more than double to depth referred to in the original application to drill the well.

The original planning application (09/02169/MIN) was submitted in 2009 by Nexen, taken over by IGas in 2011. The application included a form which said the “average depth of wells” would be 915m (see below).

A picture, called the indicative well profile, also included in the 2009 application, showed the well reaching a depth of about 900m.

This document was named in the company’s planning statement for the 2009 application, as Drawing No 62098/006.

A document with this number was listed in condition 3 of the CWAC decision notice, which granted planning permission in 2010. 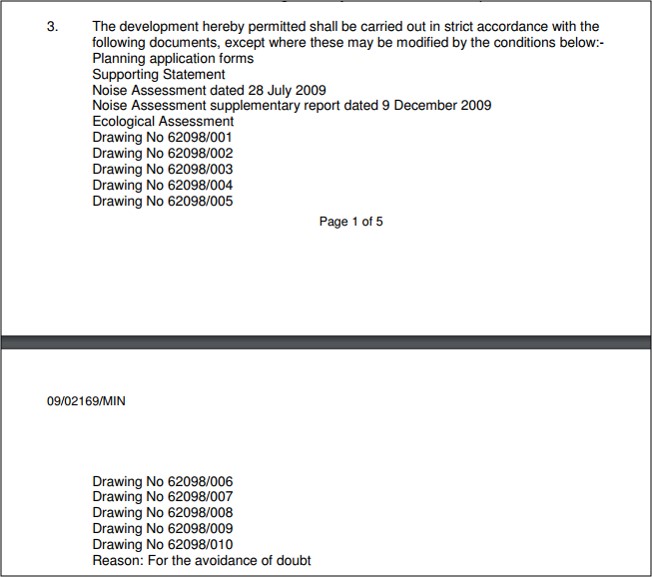 “The development hereby permitted shall be carried out in strict accordance with the following documents, except where these may be modified by the conditions below”.

There’s no reference in the conditions to any modification of the documents.

The confirmed well depth of EP-1 supports what IGas critics had suspected since the well was drilled in 2014.

As the company prepared to begin drilling in September 2014, the Chester Chronicle reported that IGas had permission for two boreholes to explore, appraise and produce coal bed methane at the Ellesmere Port site. But the paper said IGas was already describing it as a shale licence area.

This is the second time IGas has drilled a well in the CWAC area deeper than that anticipated in the planning application.

When this emerged, geologist Kevin Walsh told the Chester Chronicle

“You cannot accidentally hit the shale gas as there is over 1,000ft of millstone grit below the CBM coal seams.”

“In 2014 we drilled a single vertical well to a depth of 1,945m below ground level, with the objective of appraising the geological sequence of the Ellesmere Port prospect, including the coal beds, consistent with the minimum depth of 900m stated within the planning statement and officers’ report.

“The well was also the subject of an application to the Environment Agency, under the Environmental Permitting (England and Wales) Regulations, within which we clearly set out the objectives of the well, in the context of depth.”

“Sadly I predicted this would happen back in 2014 in the Chester Chronicle.

“IGas have been proven to have absolutely no respect for democracy, planning law or our natural environment.

“I expect residents will be unhappy to hear this latest sordid development and will make their views known in IGas’ latest planning application.

“IGas shouldn’t be allowed to run a bath let alone an operation to extract shale gas so close to a huge residential area, a Site of Special Scientific Interest and delicate petrochemical infrastructure.”

“This example shows how the regulatory bodies do not work together, since despite the Council’s overriding permission was for a depth of 900m, the EA’s environmental permit was for a well down to 2,100m.

“This lack of coordination between the regulatory bodies is becoming more and more apparent as government cuts reduce the size of departments to a level where they struggle to operate effectively.

“What is particularly concerning about this well is that it passes through a water course classified by the Environment Agency as a “major aquifer, high vulnerability”. If IGas cannot respect the Council, will they respect the aquifer?

“Also the well is 75m from industrial units, 200m from the M53 and 600m from houses; all within the impact zone of a major blowout if the American experience is anything to go by.

“The key message from this example is that once these companies get underground and you cannot see what they are doing, they will do anything!”

A spokesperson for the Environment Agency said this evening:

“The Environment Agency is satisfied that IGas have complied with the conditions set out in their Environmental Permit.”

A spokesperson for the Health and Safety Executive (HSE) said:

“HSE is content that the requirements of the health and safety regulations were complied with and that the depth of the well is consistent with the information supplied in the notification provided, both before the well was drilled and in the weekly operations reports provided during drilling. Officials from Cheshire West and Chester council have been made aware of this.

“HSE will continue to work with other regulators and local authorities to regulate the onshore oil and gas industry in a robust and proportionate way.”

The application to carry out flow testing at EP-1 is on the CWAC planning website: https://pa.cheshirewestandchester.gov.uk/online-applications/ use the reference 17/03213/MIN. The public consultation runs until 28 August 2017.