Campaigners against the UKOG injunction outside the High Court, 19 March 2018. Photo: DrillOrDrop

Opponents of oil drilling in southern England have claimed victory after an exploration company dropped what they described as “the most draconian” clause in an injunction against protests.

UK Oil & Gas (UKOG) is no longer asking the High Court to outlaw campaigners “combining together using lawful means where the predominant intention is to injure the claimant’s economic interests”.

Opposition groups had said this clause was an unenforceable attempt to stifle opposition and sought to prevent typical campaign activity.

UKOG said this afternoon it had listened to concerns of communities in the areas affected by the injunction and narrowed its scope. It said it was not trying to silence lawful protest and was asking for protection solely from what it called unlawful activity. (UKOG statement for full comment).

“UKOG have climbed down on the most draconian clause of an injunction they propose to bring against ‘persons unknown’ who might seek to oppose their oil exploration activities in Sussex and Surrey.

“This is a victory for democracy. No way should a company’s economic interests trump human rights.”

The latest draft order, seen by DrillOrDrop, has also removed Markwells Wood in the South Downs from the list of four sites in southern England named in the injunction. The company now seeks to apply the order to exploration sites at Broadford Bridge in West Sussex and Horse Hill in Surrey and the UKOG headquarters in Guildford.

There is no reference in the new order to exclusion zones outside the site entrances, where previous versions had said campaigning would be restricted. It appears that the company is now seeking to prohibit entry to the sites alone and not the land or road outside.

A clause in the previous order has also been removed which sought to prevent “intentionally photographing or filming the protected persons with the purposes of identifying them and/or targeting them in connection with the campaign”. The latest version does, however, introduce a new ban on “watching” the claimants.

The proposed injunction was brought by UKOG and four related or partner companies against “persons unknown” last month (March 2018). When the case went to the High Court (DrillOrDrop report), five local women said they wanted to challenge the order. The hearing was postponed to a future date for the challengers to prepare their case . 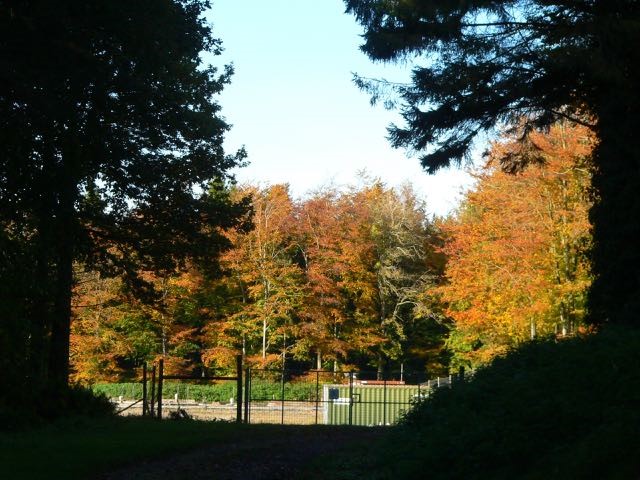 UKOG’s solicitors confirmed in correspondence that the Markwells Wood site had been removed from the injunction, saying:

“The reason for this is that operationally it has ceased to be of importance”.

Last month, DrillOrDrop reported that UKOG had lost its right of access to the site in July 2017 when landowners withdrew from an agreement with the company.

We also reported recently that the South Downs National Park Authority had issued a Breach of Condition Notice requiring the Markwells Wood site to be restored within six months.

There has been no planning permission for the site since September 2016. UKOG withdrew a new application for more drilling and production in May 2017 after objections from the Environment Agency and Portsmouth Water.

Last week, the company told investors it does not believe the Breach of Condition Notice was valid (DrillOrDrop report, see Other plans – “batch applications”)

“UKOG’s lack of candour is troubling. UKOG is fully aware that they are in breach of contract to restore Markwells Wood. Furthermore, they have known since July 2017 that their access to the site was denied.

“Markwells Wood Watch will continue to campaign across the Weald for the protection of our environment against the fossil fuel industry. We call upon UKOG to restore Markwells Wood and leave our community in peace.”

The revised draft order has added new clauses, including a variation of the campaign technique of “locking-on”.

Campaigners against the onshore oil and gas industry have previously secured themselves to fencing and delivery vehicles.

UKOG has also inserted a new clause preventing people from “interfering with the claimant(s) economic interests” by the commission of unlawful acts.

The revised order has also retained previous clauses. These include the often-used tactic of “slow walking” in front of lorries delivering to and from sites. Some police forces have facilitated slow walking at anti-fracking or anti-drilling protests and some protesters who have used this technique have been acquitted by the courts.

“The revised draft still retains many elements that would severely restrict our right to legitimate protest – attempting to control activities on public highways and suggesting we are not even allowed to ‘watch’ the activities of the company and its suppliers. We shall continue to challenge them every step of the way.

“We’re fighting to protect our countryside and our environment – we can’t let what we feel are bullying tactics stifle our legitimate protest. This injunction, if granted, would mean severe curtailment of our right to protest and defend our environment.”

Other outlawed actions that remain in the order include criminal damage, removing equipment, blocking the highway, entering or remaining on sites, intimidation, assault, obstructing the highway or access to sites and interfering with motor vehicles.

A spokesperson for UKOG told DrillOrDrop this afternoon:

“The injunction seeks affirmation from the High Court that it is our legal and democratic right to conduct lawful business without unlawful hindrance from those who oppose us. We would like to reiterate that we do not seek to silence lawful protest – it is solely unlawful activity that we are asking the court to give us protection from. The injunction, if granted, will therefore not affect peaceful protest such as “cake at the gate”. It will affect only those persons who decide to slow walk, lorry surf, obstruct the public highway, intimidate and threaten our staff or trespass on our private land.

“We have agreed to a cost capping order showing that we are not trying to stifle our opponents voice. We believe strongly in the rule of law and the democratic process. Agreeing not to pursue the defendants for costs is proof of that.

“Contrary to the provocative comments made by Keith Taylor MEP, we are not a corporate bully. We listen to the communities in which we operate and accordingly have narrowed the scope of the order having listened to their concerns.

“Anyone going about their lawful business will emphatically not be affected by this order.”

Weald Action Group said it would continue to challenge UKOG’s injunction when the case returned to the High Court later in the year. The group plans to launch a Crowd Justice appeal to support the legal challenge.

The challengers are represented by Stephanie Harrison QC and Simon Simblet, instructed by Michael Oswald, of Bhatt Murphy solicitors.

“I thank you all for being so wonderful and putting your lives on hold to come down here to protest and I look forward to coming back in a few month’s time to celebrate the refusal of this injunction.”