An opponent of fracking has won an eight-month campaign to force Lancashire’s Fire and Rescue Service to release information about emergency planning at Cuadrilla’s shale gas operation. 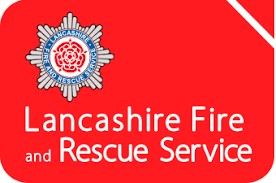 The service was ordered yesterday to answer questions put by Helen Chuntso about the site at Preston New Road near Blackpool.

In response to her Freedom of Information request, the service had twice refused to confirm or deny whether it had the information she asked for. It argued that confirmation or denial would disclose information that could be used to plan an attack on the site.

But the Information Commissioner disagreed and said the Fire and Rescue Service could not use exemptions in the Freedom of Information Act. It was ordered to respond to the request by 10 May 2018.

“In the event of an unexploded gas leak, hydrogen sulphide leak or other emergency evacuation scenario, Lancashire Fire and Rescue Service should have the confidence to demonstrate to the public that they have been fully consulted, worked with other emergency agencies to have a plan in place, and be able to evacuate the area.

“After two refusals and over eight months of trying to evade responding to this Freedom of Information Request, Lancashire Fire and Rescue Service are going to have to place this crucial information in the public domain, and potentially risk exposing the myth of how this industry does not have Gold standard Regulation in its safety practices once again.” 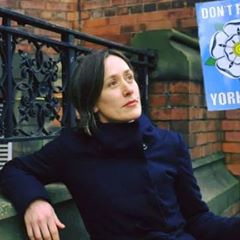 The case dates back to July 2017, when Ms Chuntso asked the Fire and Rescue Service (FRS) a series of questions about emergency planning at Preston New Road site.

Her request covered issues including:

For most of the questions, Ms Chuntso asked “please provide all information that you hold or confirm that no such consultation has taken place.”

On 23 August 2017 and again on 19 December 2017 the FRS refused to confirm or deny that it held the information. It cited exemptions in the Freedom of Information Act on national security, law enforcement and health and safety.

The ruling from the Information Commissioner’s Office said:

“The Commissioner’s view is that the knowledge that would be gained through confirmation or denial in response to these requests would be limited. The majority of the requests are phrased as questions.

“The Commissioner also notes the considerable volume of information that is in the public domain that describes the fracking process.

“Given what can already be learned from the copious publicly-available information about that process, what further knowledge could be gleaned through disclosure of the confirmation or denial is limited.”

The ICO ruling accepted that Preston New Road “may be targeted for a criminal or terrorist attack and that such an attack would threaten national security and public safety”.

But it rejected the argument that the confirmation or denial of information would make the threat more likely:

“For these reasons, the Commissioner does not accept that provision of the confirmation or denial in response to the complainant’s requests would be more likely than not to lead to a greater threat of attack to the Preston New Road site.”

The ICO also concluded that the FRS should have dealt with the request under Environmental Information Regulations.

The FRS had argued that some Ms Chuntso’s requests were too far removed from the fracking operation itself to quality as environmental issues.

The FRS has 28 days in which to appeal.